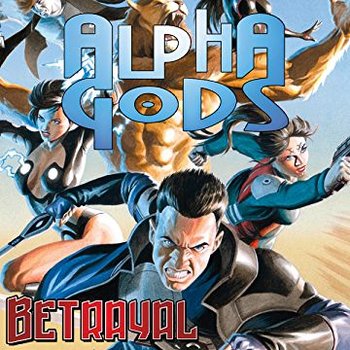 In the year 2086 humanity faces a new threat, Extra Humans. The government is struggling to cope with the growing number of mutants, aliens and supernatural beings who are living amongst us. People are beginning to panic and so, in 2050, the Department for Extra Human Affairs was established with a remit to try and contain the problem. By 2086 the situation has escalated, so they have formed a new rapid response strike force, the Alpha Gods. Who better to police the Extra Human community than Extra Humans themselves?

This group of young misfits and rebels must learn to work together despite facing confliict from within and from without. How can they follow a leader they have no faith in? How can they fight people they used to count as allies?

Alpha Gods is a British comic written by Ian Sharman, drawn by Ezeqiuel Pineda and colored by Mauro Barbosa.