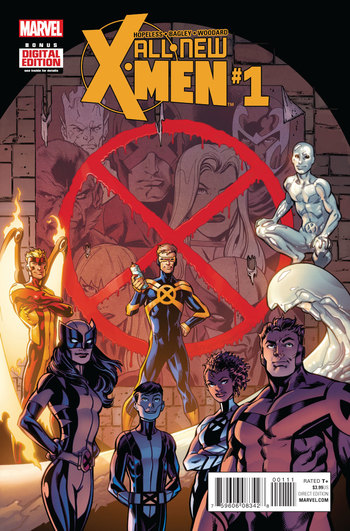 The second volume of All-New X-Men was released following the events of Secret Wars, featuring the original time-displaced X-Men (sans Jean who departed for Extraordinary X-Men) and X-23, as well as the additions of Idie Okonkwo and Genesis/Evan both primarily hailing from Wolverine and the X-Men (Marvel Comics). In this volume, the teens split from the X-Men and travel across the world, refusing to be intimidated by the terrigen threat and continuing their heroics.
Advertisement:

The series was relaunched as X-Men: Blue in April 2017.