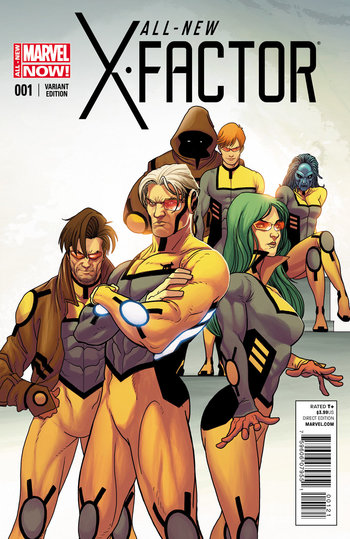 All-New X-Factor is acomic book series published by Marvel Comics which debuted in January 2014, as part of the All-New Marvel NOW! event. Focusing on a new iteration of the X-Factor superhero team, the series is written by Peter David and is a follow up to his previous book, X-Factor vol. 3, whose incarnation of X-Factor was a private investigation company.

The opening storyline, which continues events from issue #260 of the previous series, sees a return to the corporate-sponsored version of the team that was the initial concept when the first version of X-Factor debuted in 1986, and consists of Polaris, Quicksilver, Gambit, Danger, Warlock and Cypher.

The series was cancelled with issue 20 due to low sales.