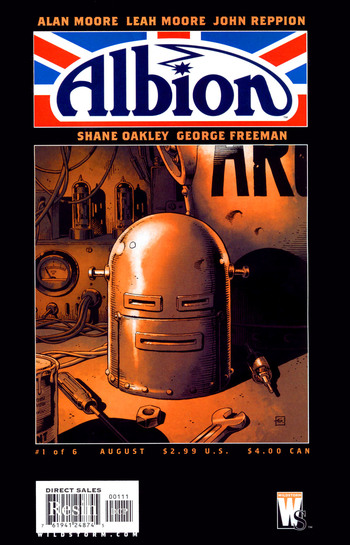 Albion was a six-issue WildStorm miniseries plotted by Alan Moore, written by Leah Moore and John Reppion, and drawn by Shane Oakley and George Freeman.

In modern-day Britain, most of the superheroes of the 1960's and 1970's have been locked away in a mental asylum, with the public long believing them to be mere fiction. Penny, the daughter of one of the inmates, seeks to change this.