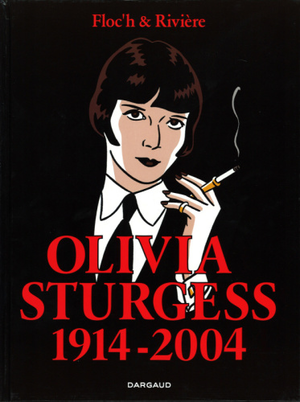 The biography of Olivia Sturgess.
Albany & Sturgess (1977-) is a French-Belgian comic book series by Jean-Claude Floc'h and François Rivière, and considered the best contemporary example of the use of the ligne claire style popularized in the 1930s by Hergé (creator of Tintin).
Advertisement:

The series is in fact a loose collection of stories—mostly murder mysteries—whose common thread is the appearance, as supporting characters or narrators, of two fictional figures of the British literary world, writer Olivia Sturgess and critic Francis Albany. It's eventually revealed that all said stories were in fact written by Sturgess herself.