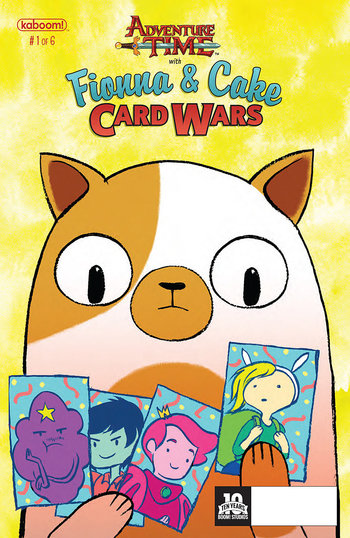 Adventure Time With Fionna And Cake: Card Wars is the second Adventure Time spin-off comic miniseries to be set in the Gender Flip "Fionna and Cake" Alternate Universe. It was written by Jen Wang, with art by Britt Wilson and Rian Sygh.

After Fionna's lack of interest in playing Card Wars disappoints Cake, she enters an Aaa-wide tournament to find the best player in the land. After winning the respect of an insular local gaming club, she works her way up through the players. But can she beat the dreaded "Floop Master"?

This miniseries has the following tropes: