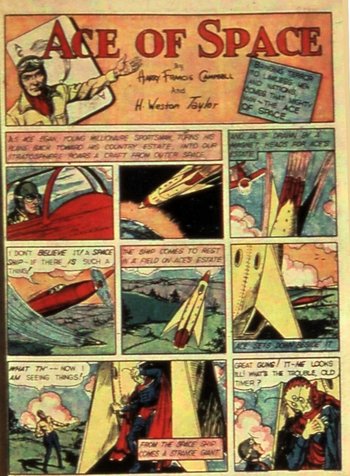 Ace of Space is a Superhero from The Golden Age of Comic Books, created by H. Weston Taylor and published by Quality in Feature Comics #38-41.

Ace Egan is a millionaire who stumbles upon a crashed UFO. The alien inside is mortally wounded, but gifts all the equipment to Egan. Using these technological wonders, Ace goes and fights evil as the Ace of Space.

Like all Quality properties, Ace of Space was acquired by DC Comics. However, Ace has never been part of The DCU.