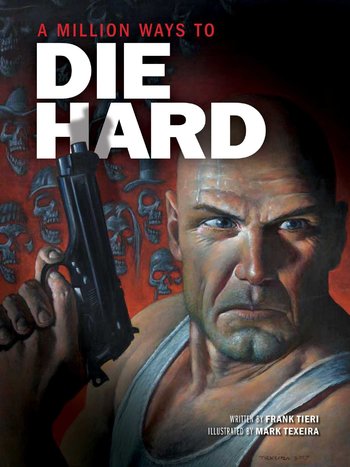 A Million Ways to Die Hard is a graphic novel released in 2018 by Insight Comics, written by Frank Tieri and illustrated by Mark Texeira and is a story in the Die Hard series.

It is 30 years since the events that happened at Nakatomi Plaza and they are having a memorial based on what happened including John McClane's ex-wife Holly Gennero, Joseph Takagi's son, Hideki, and Hans Gruber's sister, Elsa, who wants to make amends over what her brother did. But all three are kidnapped by a serial killer from John McClane's past and once again, he's the man for the job.

The graphic novel has the following examples: