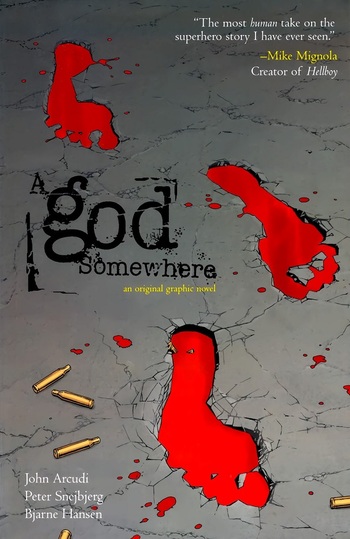 A God Somewhere is a 2010 graphic novel by John Arcudi and Peter Snejbjerg which deconstructs the idea of the real-life superhero. It tells the story of Eric Forster, who is discovered to be the first human being with superpowers after he survives an explosion in his apartment building. After using his new powers to rescue other survivors in full view of TV cameras, Eric becomes an immediate sensation. Things go downhill from there.