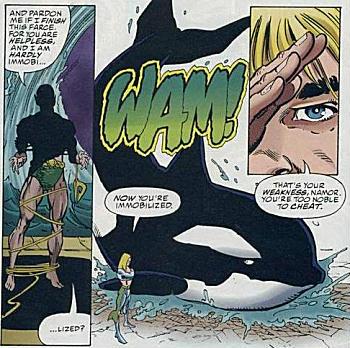 Look Behind You - SPLAT! Never mind.