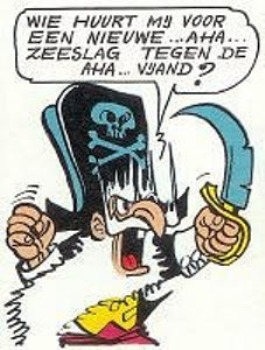 Abraham Tuizentfloot from Nero, an insane pirate in what actually isn't even a pirate comic strip! Note: Translation: "Who hires for me a new sea battle against the enemy?