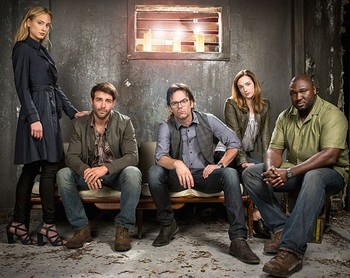 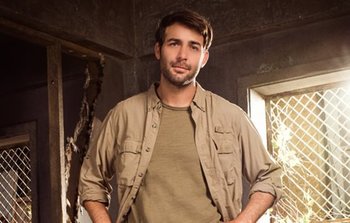 An ex-zoologist who now lives in Botswana, making a living as a tour guide for photo safaris. He gets involved in the animal attacks when he rescue Chloe Tousignant from being taken out by lions. Leads the team's wilderness forays and interprets the afflicted animals' abnormal behavior. 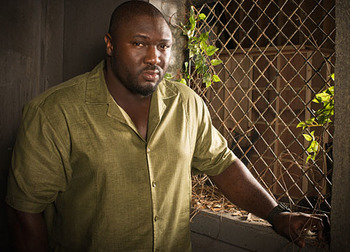 A close confident and companion of Jackson in Botswana, Abe is a photo-safari guide who was nearly killed in a mass lion attack. Following his rescue, he agrees to join with Jackson in order to solve the mystery. Field tracker, protector, and occasional conscience of the team. 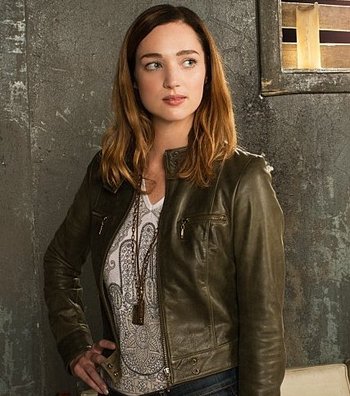 A journalist who's made it her mission to uncover evidence that the multinational company, Reiden Global, might be involved in the recent animal attacks. Self-taught expert on Reiden's past misdeeds, with covert contacts among its ex-employees. 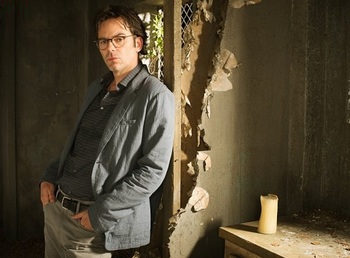 A veterinary pathologist and antisocial snarker who was investigating the L.A. zoo lion attacks when Jamie convinced him to look into the larger mystery. Serves as team snarker, researcher, field medic, and gadgeteer. Dragooned into being the Task Force's leader after Chloe's death, despite his objections.
Dariela Marzan 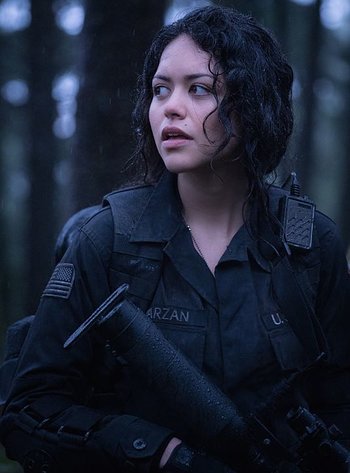 A U.S. Army Ranger who joins the team after a black op operation in Argentina goes wrong, resulting in her original unit being slaughtered by a mutated Red Cross doctor.
Advertisement:
Logan Jones 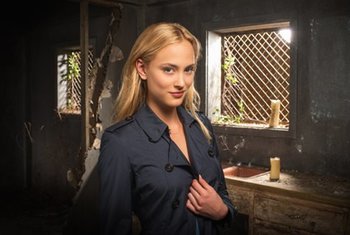 A DGSE intelligence analyst, first met on vacation in Botswana. The only survivor of a coordinated lion attack, she manages to escape the savannah thanks to assistance from Jackson Oz. Acts as team leader and liaison with officialdom, as well as its translator/spokeswoman in far-flung locales. Killed Off for Real after inhaling a lethal amount of Deadly Gas.

Other Members And Associates Of The Task Force

Former Step-mother of Mitch Morgan who was secretly running the task force.

An Interpol agent who is responsible for assembling the task force on behalf of Delavane.

An Interpol agent who is tasked to investigate the worldwide animal attacks.

A renowned zoologist who was ostracized by his peers for suggesting a theory that animals will one day take down humanity. He moved to Japan after Jackson's mother divorced him and took their son to Botswana, and got married to a Japanese woman while he isolated himself to do his research. Strongly implied to have been Driven to Suicide, although the reasons have yet to be stated.

Evan Lee Hartley
Played by: Marcus Hester
A ex-scientist who once worked alongside Robert Oz, he was arrested and incarcerated by the police for killing a group of hunters prior to the events of the series.
Leo Butler
Played by: Jay Paulson
An ex-Reiden Global chemist who went to hiding after he found out information that their products are potentially contaminated, he was able to hide by moving around and getting blackmail money to different accounts.
Janos Kovacs
Played by: Ryan Handley
Formerly a Hungarian physician working with the Red Cross, Kovacs was bitten by an afflicted elephant and became a "Phase Two" mutant that killed dozens of villagers in Ydermo, Argentina, and wiped out Dariela's Ranger squad.

Special Agent Ben Shaffer
Played by: Geoff Stults
A FBI agent tasked with investigating the animal attacks throughout America, he crosses path with the Interpol task force when they first met each other in Mississippi.
Special Agent Ronnie "Dogstick" Brannigan
Played by: Xander Berkeley

A FBI agent who was acquainted with Shaffer. He starts going after the task force after he gets information that Shaffer last met with Tousignant several times.

Amelia Sage & Eleanor Lewis
Played by: Jayne Atkinson (Amelia), April Grace (Eleanor)
A pair of government officials who believe the Task Force is on the right track and back their operation following the expedition to Zambia.
General Davies
Played by: Peter Outerbridge

A U.S. Army officer placed in charge of containing the hostile animals.

A Reiden Global executive who Mitch meets up secretly.