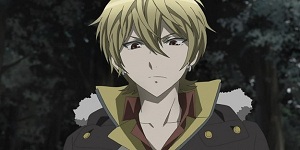 A boy whose family was killed one year before the series' start, including his father, mother and step-sister Aika. In exchange for help to find the culprit behind the murder, Mahiro agrees with Hakaze's plan to stop the resurrection of the Tree of Exodus with Yoshino's help. 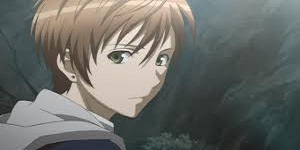 Mahiro's best friend, who joins him on his quest. 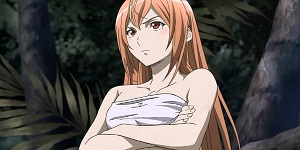 The leader of the Kusaribe Clan who was betrayed by her aide Samon and left on a deserted island in a barrel. Manages to contact Mahiro with the aid of her magic. Current Magician of Genesis. 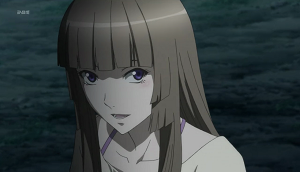 Mahiro's younger sister who was killed before the start of the series. We learn more about her during flashbacks. 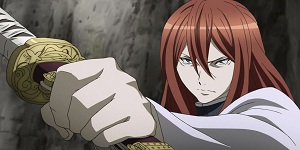 Hakaze's former aide who usurped her position as leader of the Kusaribe clan with the intention of awakening the Tree of Exodus to prevent the advent of the Tree of Genesis. 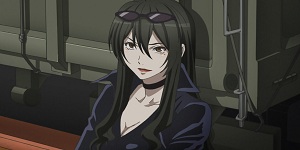 A mercenary who is investigating Mahiro and his connection to Hakaze. 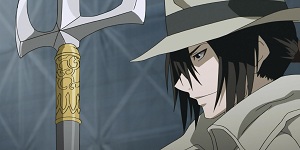 Samon's right hand and one of the best fighters of the Kusaribe Clan. 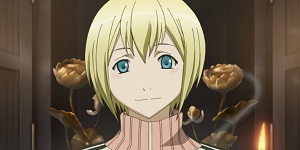 A member of the Kusaribe clan that can't use magic. He left to avoid conflict because he dislikes fighting. One of the few people Hakaze trusts. 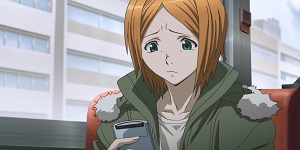 A wimpy construction worker and the current Magician of Exodus. 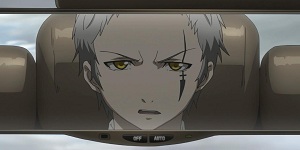 One of Samon Kusaribe's subordinates. His task was to oversee the revival of the Tree of Exodus. 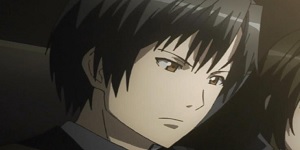 A high-ranking government official and Evangeline's superior. He was appointed to dealing with the threat of the Tree of Exodus due to his knowledge of magic and ancestral background in the Kusaribe Clan.

After billions of lives were lost at the hand of the Tree of Genesis, he forms an alliance with Samon to discover the true logic of the Trees. 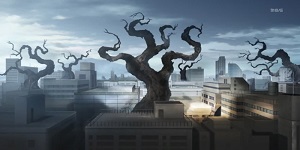 A giant tree that the Kusaribe clan worships and grants them magic. Samon is trying to seal it, believing its full awakening would destroy the world. 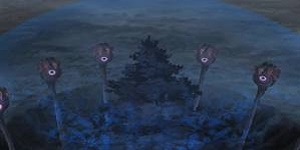 Another tree that opposes the Tree of Genesis.