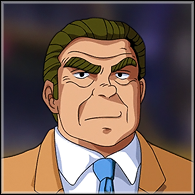 Voiced by: Tomomichi Nishimura (JP), Brice Armstrong (EN)
The homeroom teacher of Yusuke and Keiko, who also overlooks Kuwabara; Takenaka holds good faith for the two boys and is willing to firmly discipline Yusuke and Kuwabara for the sake of their future.
Advertisement:
Mr. Iwamoto & Mr. Akashi 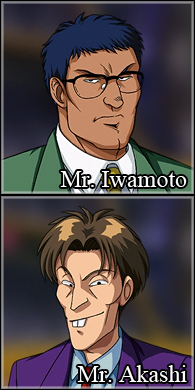 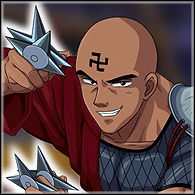 Voiced by: Mitsuaki Madono (JP), Mike McFarland (EN)
A man claiming to be one of the last practitioners of ninjutsu who fought against Yusuke during the Rando story arc.
Kibano 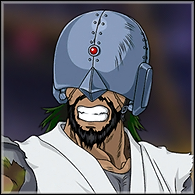 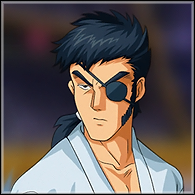 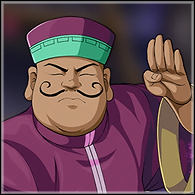 Voiced by: Tomomichi Nishimura (JP), Kyle Hebert (EN)
A mystery man from China. Not much else is known about him.
Kuroda 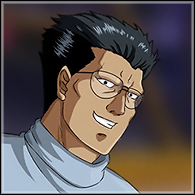 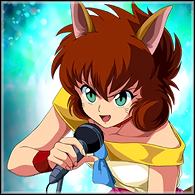 Voiced by: Ai Orikasa (JP), Amber Cotton (EN), Daniela Benítez and Marisol Castro (Latin America), Alessandra Felletti (IT)
The more prominent of the two hostesses of the Dark Tournament. Koto resembles a cat or a fox. At the end of the manga, the two and Ruka, the nurse of the Dark Tournament, become the "Cult Trio" and become widely popular on human television. At the end of the manga, Koto hinted she has a crush on Toya.
Advertisement:
Juri 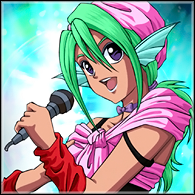 Voiced by: Katsuyo Endou (JP), Jamie Marchi (EN), Marisol Castro (Latin America), Emanuela Pacotto (IT)
The second of the two hostesses of the Dark Tournament, introduced in the Semi-finals. Juri resembles an amphibian. At the end of the manga, Juri hinted she has a crush on Suzuki.
Ruka 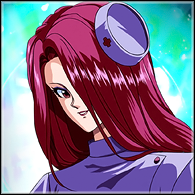 Voiced by: Chiharu Suzuka (JP, TV Anime), Hana Takeda (JP, 100% Maji Battle), Laurie Steele (EN), Patrizia Mottola (IT)
Part of Team Mashōtsukai more or less. She can create barriers and tries to restrain Hiei and Genkai for several matches. At the end of the manga, Ruka hinted she has a crush on Jin.
Persons related to Raizen
The Lady Doctor 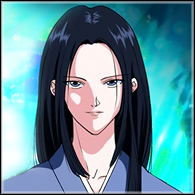 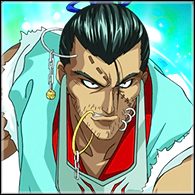 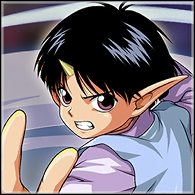 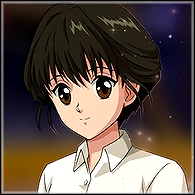