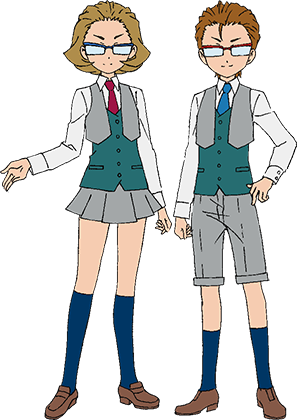 Twins Ranze and Rinnosuke are respectively the Vice President and Secretary of the school, assisting Gakuto in enforcing the rules.

The twins play Flowerfang Decks, a Plant deck based on ninja. Ranze's deck focus on swarm tactics while Rinnosuke's use destruction effects and burn damage.

A trio of aspiring young journalists led by Bakuro Shinjitsu. The group is infamous among the student body for its sensationalist and heavily biased articles, but the fact that it distributes them through print makes their newspaper one of the few information outlets that cannot be directly controlled by the primarily digital Goha Corp.

Bakuro plays a Reporter Deck of machines based on printing materials.

Mimi's son and a fourth-grader of Goha Seventh who loves Good Max, a Henshin show based on Mad Max.

Luke's older sister and president of the Concert Band Club. She plays a WIND Music deck of WIND warriors - Music Maidens - based around martial artists and woodwinds.

The main character of Yu-Gi-Oh! Rush Duel Saikyo Battle Royale. They have the rare ability known as Spirit, that lets them connect with others through duels.

The heiress of Mutsuba Heavy Machinery, builders of Goha City. She plays a Wyrm Deck based around Mythic Sword Monsters. 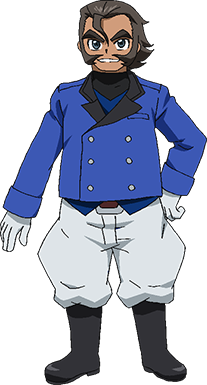 Advisor of the Heavy Cavalry Duel Club. He uses an EARTH Machine deck based on Anti-Defense tactics, based around mechanical animals.

One of the three members of the Goha Sixth Elementary elite trio. He is accompanied by his companion pigeon, Hatrap, and is capable of understanding him. He uses a Winged Beast Deck, with a focus on Trap Cards to manipulate ATK values and dealing burn damage.

An assassin that works for the Machine Calvary Club and oddly resembles Noodle Sorako. She plays a Pyro deck of FIRE and EARTH monsters with an acupuncture theme.

A member of the Machine Calvary Club who tries to dismantle Yuga's Road Laboratory. He uses an EARTH Beast deck.

He uses an Insect Deck based around Rebelling Ants. His deck resolves on swarming the field with low-attack monster in order to strengthen them with his ace card Antbellion of the Rebellion.

Other Schools and Friends

A student of Goha 3rd Elementary who loves ramen and seeks to create a set of Dueling rules that unites Dueling and ramen.

He uses a Pyro Deck focusing around the Masked Fiery Noodle series. His deck revolves around gathering normal monsters in the graveyard to strengthen Pyro monsters on the field.

A student from Goha 2nd Elementary, president of the Dueling and Dinosaur Research Club that seeks to explore the relationship between dinosaurs and dueling.

He plays a Jurassic Deck, made of WATER Aqua monsters based on prehistoric sea creatures and EARTH Dinosaurs, referencing the evolution of earth.

Hunt Goto is a student at Goha 2nd Elementary, and he is a member of the Dueling and Dinosaur Research Club under Kan Hakubutsu. He possesses a rare ability to sneeze when finds are nearby. He plays a LIGHT Dinosaur deck related to material wealth, known as the Nouveau Riche Dinosaurs.

In the Goha Rush Tournament, he is responsible for distributing Maximum Cards after making a deal with Goha 66. 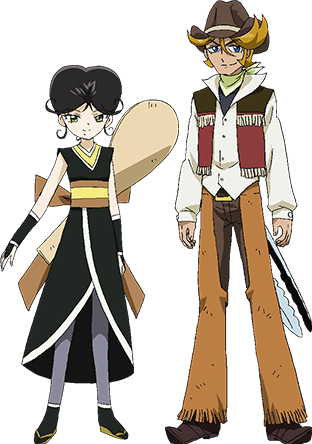 Menzaburo's gourmet friends, whom he invites to attend RoaRomin's 3-on-3 showdown against Yuga and his group.

Sushiko plays a Sushi Angel deck, Fairies based on Sushi, that revolves around raising her opponent's life points to activate her card effects.

Nick uses a FIRE Beast Deck based on Barbeque and older monsters like Battle Ox related to boosting their attack points.

He plays a Fish deck entered around supporting his lower-level monsters by reducing the ATK of opposing monsters with his field and trap cards or by having his ace monster give them the ability to attack directly, and recycling cards from his graveyard for later use. 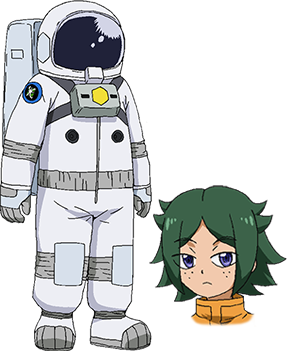 Braun Honya is a student at Goha 5th Elementary, president of the Space Operations Duel Club. He seeks out his own Maximum Monster. He plays a Reptile Deck based on spaceship turtles, with a strategy of manipulating his opponent's monsters levels and attack.

Nanaho Nanahoshi is the President of the Dueling Insects Club of Goha 5th Elementary, as well as the cousin of Ranze and Rinnosuke. She is a childhood friend of Yuga's, and the reason for his fear of Ladybugs. She seeks to steal the secrets of Maximums... but her actual goal is to restore Yuga Goha.

Nanaho plays an Insect Deck of Ladybugs, that utilize swarm, defensive, and burn strategies like her cousins.

The President of the Goha 4th Duel Zombie Club, hired to run the Zombie Party.

He plays a Zombie Deck themed on dance.

Romin's cousin and the leader and singer of RoaRomin. He has an interest in "Rush Dueling". He plays a Fiend Deck focusing on the Royal Demons, with his strategy revolving around hand and field destruction.

The uncanny bassist of RoaRomin.

He plays a Zombie deck related to Burn Damage and telling ghost stories.

The drummer of RoaRomin, he notably has a big appetite. Getta plays a Thunderbeat Deck based on Drums and Thunder Beetles. He leaves RoaRomin and becomes an employee of Neiru. 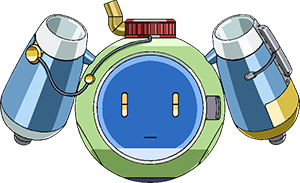 One of Yuga's many "roads", modified from a Goha Corp Drone.

As a member of Goha 66 he plays a LIGHT Machine deck based on the Corporate lifestyle. In Yu-Gi-Oh! SEVENS Luke! Explosive Supremacy Legend!! manga, he plays a Drone-based Machine Deck instead, using several cards based on his likeness.

A performer and singer that Romin looks up to, and the same person who gifted her Prima Guitarna. She initially works for Goha Music, but after refusing to support their attempts to quash Rush Duels, is fired and strikes it out on her own. Like Romin, she also uses a Psychic Deck, spearheaded by the Omega Psychic-Type Fusion Monster Omega Guitarna the Supreme Shining Superstar.

A girl who is dressed like a clay figure and apparently comes from an ancient civilization. She first appears to announce that Goha will hold a Rush Duel tournament.

She uses an EARTH Pyro deck based on sweets and dogu that focusses on milling her deck to summon and empower her monsters.

A girl who is dressed like a fish, presumably a Merperson of some sort. She takes over as announcer of the Rush Duel tournament once Kakoko Sweets left to go back to her era. Umiko plays a WATER Thunder Deck that utilizes Umi and Effect damage.

The Great-grandfather of Luke and Tiger, and the CEO of the Kamijou Gear Company. He gave Luke his watch.

An AI created from Luke's manga that seeks to become one with him in order to recreate the story's events in real life.

He duels with Luke's deck, which he enhanced with "The☆" and the Fusion card in order to create powerful High-Dragon Types through Fusion Summon.