This page is for listing tropes related to the Team, the group of young heroes assigned to undertake covert operations on behalf of the Justice League in the animated series Young Justice.

Joined between Season 1 and Season 2 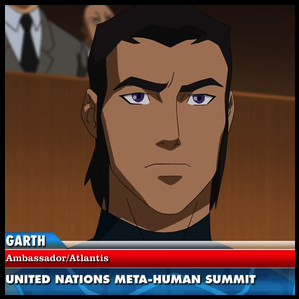 Aqualad's best friend. With Kaldur, he assisted Aquaman just enough to help him defeat Ocean Master, but unlike Kaldur, he declined being Aquaman's apprentice and continued studying at the Conservatory of Sorcery under Queen Mera, where he learned the power of the tempest. Joined and left the team during the 5-year Time Skip. Shows up in Season 3, as the Atlantean ambassador to the United Nations. 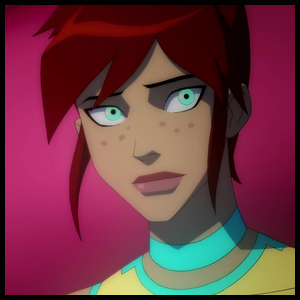 Aqualad's crush and one of his closest friends. Joined the team during the 5-year Time Skip. 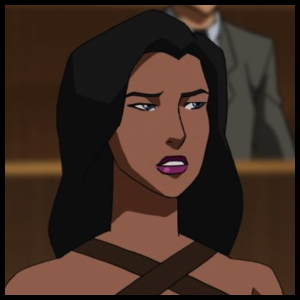 Joined (and apparently left) the team sometime during the Time Skip between Seasons 1 and 2. She made her first appearance in Season 3, as the Themysciran ambassador to the United Nations.

The second Robin. Not a lot is known about him, besides the fact that he died in the five year gap between seasons.

Joined (and apparently left) the team sometime during the Time Skip. 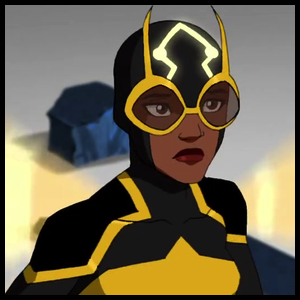 Once just a student at Miss Martian and Superboy's high school, Karen Beecher is now both the lab assistant and protégé to the Atom, as well as a full-fledged member of The Team. 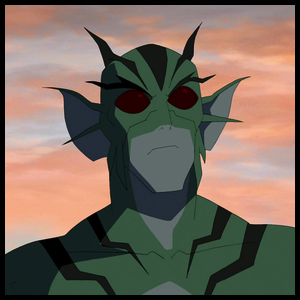 An amphibious student of sorcery from Atlantis, La'gaan, or "Lagoon Boy" is one of the newest additions to the team during season two. Lagoon Boy is always eager to prove himself, is the new sidekick of Aquaman after the Face–Heel Turn of Kaldur and was in a relationship with Miss Martian. 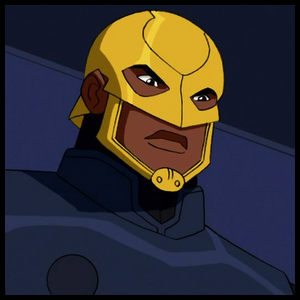 Originally one of Superboy and M'gann's classmates at Happy Harbor High, Mal Duncan is both Karen's boyfriend and the tactical coordinator for the team during season 2. During a battle with Despero, he adopts the identity of the Guardian as a distraction. He later joined the team as a field operative. 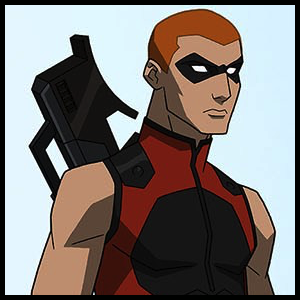 "We were partners, friends!"

The real Roy Harper, the former sidekick of Green Arrow who was kidnapped by the Light three years before the beginning of the series. Red Arrow, his Cadmus-made clone, eventually rescues him in season 2. After acquiring a robotic right arm from LexCorp—he had lost his arm during his kidnapping—he returns to hero work to get revenge on the people who ruined his life.

As of Outsiders, Roy does some part-time work as a security guard just to make ends meet.