This page is for listing tropes related to the Team, the group of young heroes assigned to undertake covert operations on behalf of the Justice League in the animated series Young Justice. 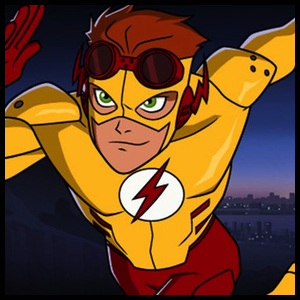 Status: Deceased (One with the speed force)

Kid Flash is the junior partner and nephew-by-marriage of The Flash. He is a speedster in his own right, but has to suffer the ignominy of people never getting his name right: "Flash, Jr." "Flash Boy" etc. He is hotheaded and impatient, but quick witted and clever.

During the five-year gap between seasons, Kid Flash retires from superheroics to attend college. He is also still in a relationship with Artemis, and the two live together. Despite this, he sometimes puts on the costume in an emergency. 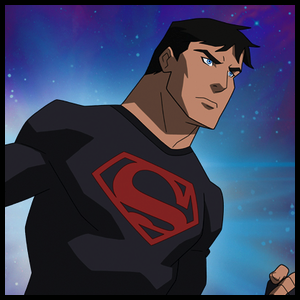 Superboy was designed by Project Cadmus as a clone of Superman, meant to replace him if anything should ever happen to the Man of Steel, or to take him down should Superman ever turn from Truth, Justice and the American Way. Or, in exact words, from the Light. He was freed from the influence of Mind Control by Kid Flash, Aqualad and Robin, and after shaking off the brainwashing, made his own choice to join the others.

During the five-year gap between seasons, he breaks up with Miss Martian due to having problems with the use of her telepathy. He also begins attending college but continues operating with the Team, unlike Wally.

After the second season, Superboy leaves the Team and joins up with Nightwing and the others as a member of his private covert team, only to rejoin the Team in the second half of Season 3 and then the Outsiders in the season finale.
Advertisement:
Miss Martian 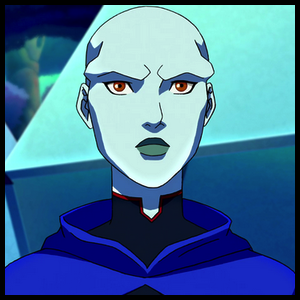 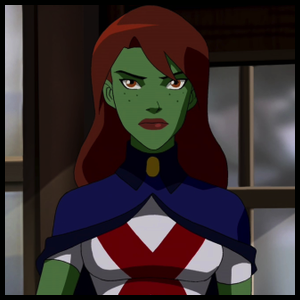 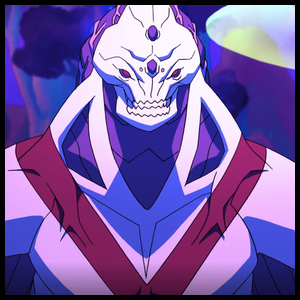 The good-natured niece of J'onn J'onzz, the Martian Manhunter. M'gann is enthusiastic and eager to please, but there are hints that she has secrets of her own.

During the five-year gap between seasons 1 and 2, misuse of her telepathy leads to Superboy breaking up with her. She then starts a relationship with Lagoon Boy.

As of Season 3 she had stopped her misuse of telepathy and gotten back with Conner. 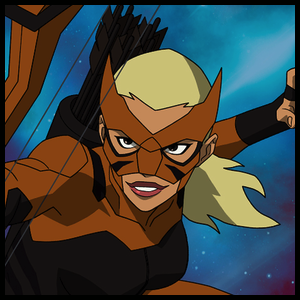 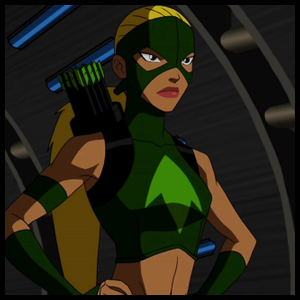 "I feel naked, and not in a fun way."
Artemis is a mysterious archer originally introduced as Green Arrow's niece. In actuality, she is the daughter of Sportsmaster and retired villain Huntress, who decided to reject her family's criminal ways. She also has a sister, Jade Nguyen, who operates as the assassin Cheshire. Though Artemis initially goes to great lengths to hide this information from her friends on the Team, at the end of season 1 she comes clean about her family's checkered past and goes on to help capture her father.

Five years later, Artemis has retired from being a superhero and is attending college. She is also still in a relationship with Wally, and the two live together. She eventually rejoins the Team and then fakes her death in order to infiltrate the Light with Kaldur as the villainess Tigress.

Not to be confused with fellow DC characters Artemis of Bana-Mighdall, and Artemis, Goddess of the Hunt.
Zatanna 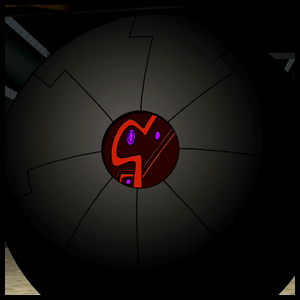 A robotic sphere from New Genesis that came through a boom tube to the Bialyan desert and developed a liking for Superboy. Later, her true form as the "Super Cycle" and the New Genesphere were made known to the team by the Forever People. She now lives in The Cave and serves as a means of transport for The Team. 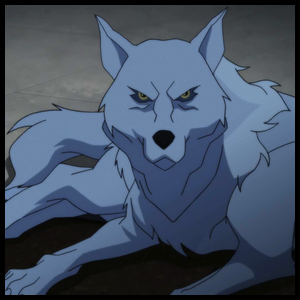 Superboy's second pet. Wolf was originally an ordinary wolf from India that was physically and mentally enhanced with Kobra Venom by The Brain. After fighting with Superboy and being freed from The Brain's thrall, he decided to remain with Superboy, becoming a member of The Team.