This page is for listing tropes related to heroes unaffiliated with the Justice League or the Team in the animated series Young Justice.

The Justice Society of America

A precursor to the modern Justice League. While most have only appeared in flashbacks, a few show up in the present day.
Doctor Fate (Kent Nelson)

"I do not see the appeal of this surface world… except that you [Kaldur'ahm] are here."

A reformed purist and Kaldur'ahm's boyfriend in Season 3.

General
A group of young New Gods from New Genesis, tracking stolen technology back to Earth, including Sphere. They help uncover a weapons trafficking conspiracy headed by Apokolips. They can merge into the giant Infinity-Man.
Vykin 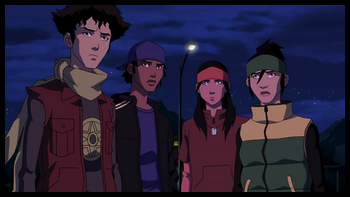 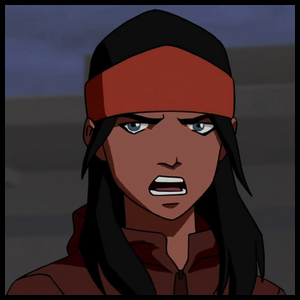 An Apache boy and Jaime's friend from El Paso. After his meta gene is activated, he gains the power to project a spiritual giant around his body. He is based on Apache Chief from Challenge of the Superfriends. 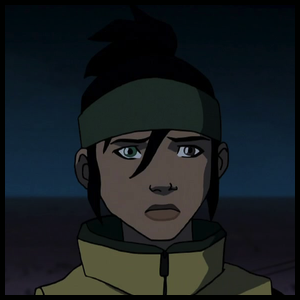 A Japanese girl who gains chi manipulation powers after her metagene is activated. She can't speak English(and at best a limited understanding when it's spoken to her), so doesn't say much. 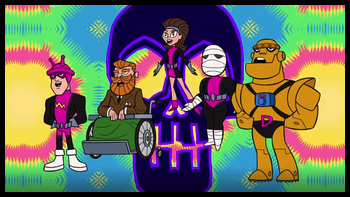 "Now wait here, alright? We all have to go on a mission and die!"

A team of superheroes. In between Season 1 and 2, they became active, but were then killed in the line of duty, with only Mento and Beast Boy surviving.

A scientist for S.T.A.R. Labs.

A Martian archaeologist who found a Reach Scarab on his world, but was able to control it thanks to his mental powers. When he hears of the Reach's arrival on Earth, he travels there to fight with the team. 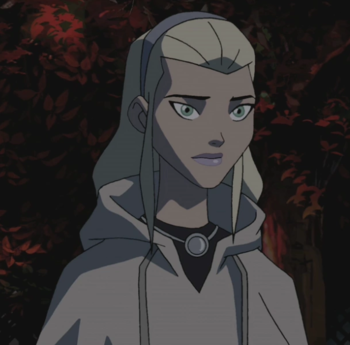 A New God warrior, away from New Genesis during Outsiders.