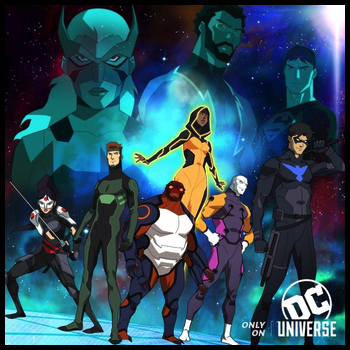 Nightwing's Team, the group of heroes who undertake covert ops missions in the third season Young Justice: Outsiders. The initial roster was derived from members of the Team and League, then joined by various newcomers. The group would later disband, with part of the roster (re-)joining the Team while the others and other members of the Team reformed into a publicly known heroic organization, the Outsiders. 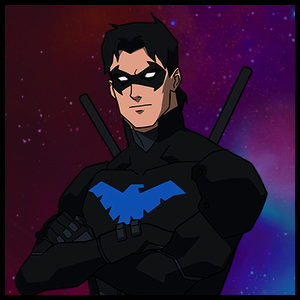 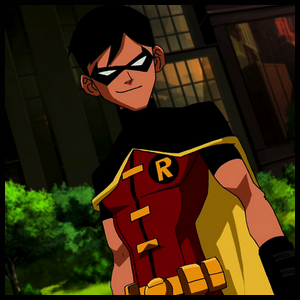 "Why isn't anyone ever just whelmed?"

As Robin, Dick Grayson was the junior partner to Batman. Known colloquially as The Boy Wonder, he took the Caped Crusader's training very seriously. He is not only a skilled acrobat in his own right (a trait he came by before becoming Robin), but he is a skilled hacker, strategist, and escape artist. At 13 years of age, he was amazingly the most senior of the teen heroes of this 'verse. He is quick with the wisecracks, but serious underneath.

During the five-year gap between the first two seasons, he changes his superhero identity to Nightwing and becomes leader of the Team.

After leaving the Team, Nightwing founds and leads his own team. 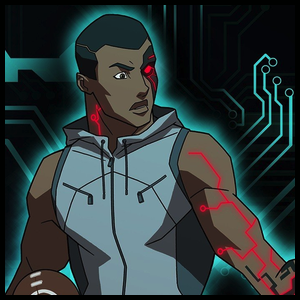 A wide receiver for the Henry Heywood High School football team and the son of Dr. Silas Stone. After an accident, he was given cybernetics by his father to save his life. 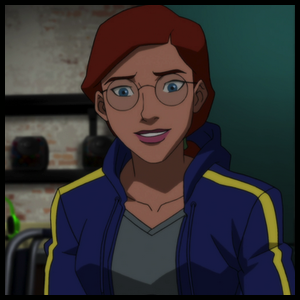 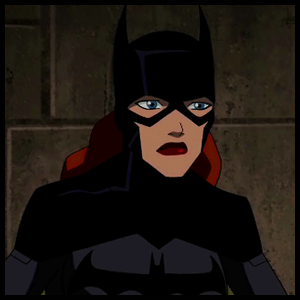