This page is for listing tropes related to members of the organization known as the Justice League in the animated series Young Justice. 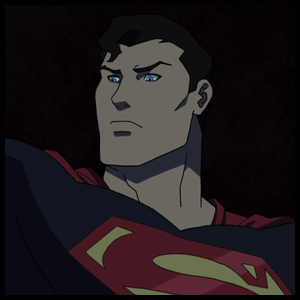 The Big Blue Boyscout — though, perhaps a little less so than most interpretations. Though still the symbol for Truth, Justice and American Way, Superman was more than a little freaked out about the discovery of his clone, Superboy. He spent most of the first season avoiding any responsibility for him, despite the efforts of the rest of his colleagues to make him reconsider. He eventually accepts Conner as a little brother rather than a son come Invasion.

One of the most powerful characters, with flight, super-strength, heat-vision and much, much more.note Some of the tropes listed for Superman here are from the tie in comic, NOT the animated series itself, so don't be surprised if a few come off as Informed Attribute or All There in the Manual. 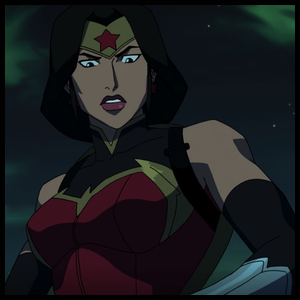 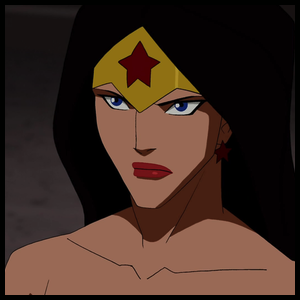 "When all is said and done, the question must be - whom do we trust?"

Wonder Woman seems to stand as the moral center of the League. She takes a backseat in the story for the majority of the time, but is quick to call Superman and Batman out on their mistakes, and takes on Wonder Girl as her protege between seasons 1 and 2. 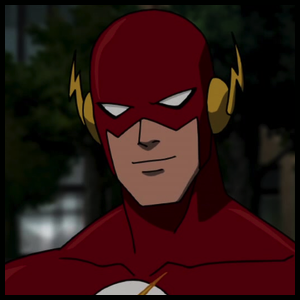 Mentor to Kid Flash, the Flash has taken up his mantel from its previous owner, Garrick. He's a dedicated uncle and mentor, and one of the more friendly League members, though still serious when needed. 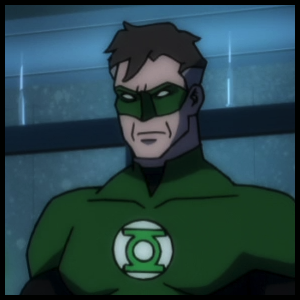 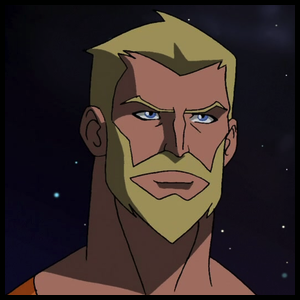 King of Atlantis, mentor to Aqualad, and later Lagoon Boy. 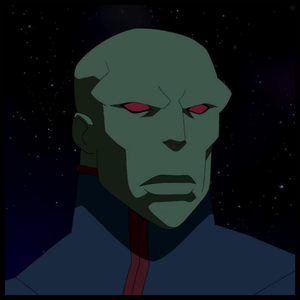 "Trauma tends to linger - as I know you know, my friend."

The uncle of Miss Martian, this green skinned alien is a serious and reserved figure, though still a kind one. He clearly cares deeply for his niece, and is a formidable super-hero. 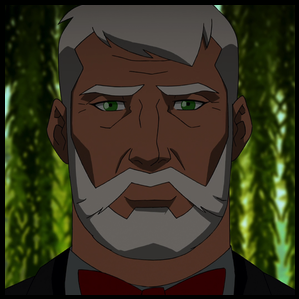 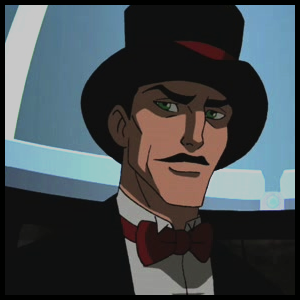 Zatara appears to be one of the older Leaguers— while Martian Manhunter and Wonder Woman have the years, they age differently. Zatara took a turn as the team's Den Mother after Captain Marvel and later brought his daughter, Zatanna, to meet them. 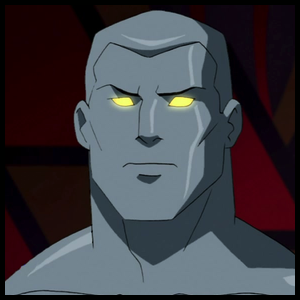 A time-displaced veteran of the Vietnam War, Captain Atom was brought in to teach the team espionage and covert ops techniques. By season two, he's taken over as the Justice League's current leader. 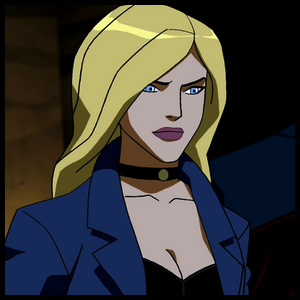 A powerful hand-to-hand fighter aided with her "sonic scream", Black Canary is one of the main mentors to the team. Although her role was initially to train them in fighting and make sure they didn't get into trouble, she stepped into a more emotionally supportive role, even offering them therapy sessions when necessary. In a relationship with Green Arrow. 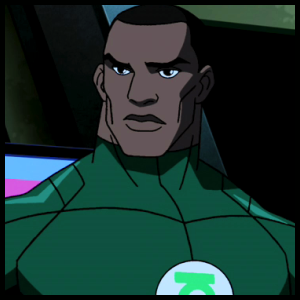 A former US Marine and the second Human Green Lantern. 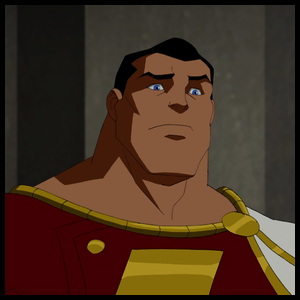 Though on the surface just a brave and chivalrous super-hero, Captain Marvel is actually just a good-hearted young boy in a powered adult's body. A little boy who just really, really wants the Team and Justice League to like him. Don't let his puppy-dog demeanor fool you, though. His good nature earned his powerful abilities, and when he's not fooling around, he's pretty wise, too. 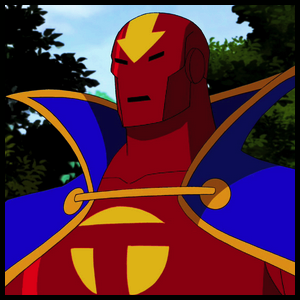 A robot with wind powers, Red Tornado doesn't quite get human emotions. That doesn't stop him for caring deeply for the Team he's been assigned to protect, (in his own way).

Members joined during Season One 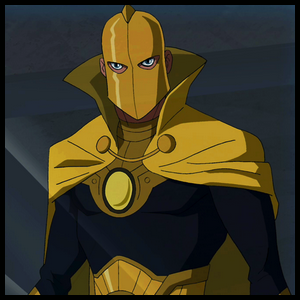 An ancient being tasked with protecting the world from the powers of chaos, Dr. Fate must take on a mortal body as his host- and he doesn't much care what said host has to say about it. While he can be a major asset to the forces of good, the price paid might sometimes be too high. 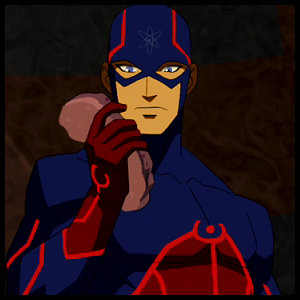 Mentor to young heroine and his lab assistant, Bumblebee.

"We both seem to have found teams that suit us."

Icon is a superhero of extraterrestrial origin, partner and mentor to Rocket, and a member of the Justice League. 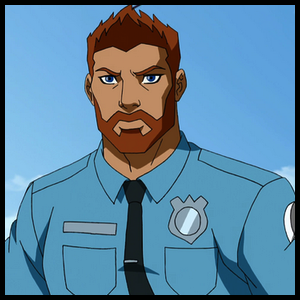 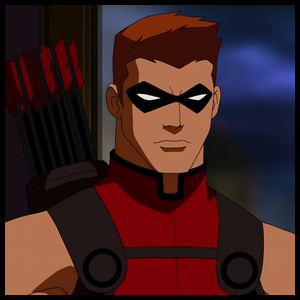 "I don't need help from the Junior Justice League."

Red Arrow, formerly Speedy, was the junior partner of Green Arrow who trained the young man in the use of trick arrows as crimefighting tools. After being disgusted with the Justice League's idea of "bringing them into the circle", the younger archer set out on his own, leaving Aqualad, Robin, and Kid Flash to decide what to do with themselves by themselves. However, he's admitted that he respects the team, and that if they ever need a hand he's willing to help. He joins the team in "Insecurity", to set a good example for the others until he officially joins the Justice League, and not-so-secretly to uncover The Mole he suspects is on the team.

In "Usual Suspects" and "Auld Acquaintance" it's revealed he was The Mole all along, a Manchurian Agent planted on Green Arrow by The Light. Moreover, he isn't even the "real" Roy Harper, but a clone of Roy, that replaced the original mere months after Green Arrow took him on as his sidekick. After announcing his resignation from both the Justice League and the Team, Roy vows to find the original Speedy, who is last seen frozen in one of The Light's facilities and mysteriously missing his right arm.

Five years later, we find Red Arrow married to Cheshire, though the two have an on-again-off-again relationship due to Roy's obsession with finding the previous Speedy. The two also have a daughter, named Lian Nguyen-Harper. During the events of "Salvage" and "Bloodlines" the couple reconciles, and using Cheshire's underworld connections, Roy is finally able to locate and rescue Green Arrow's original sidekick.

By the time of Outsiders, he runs a private security company called Bowhunter Security while taking the name Will. 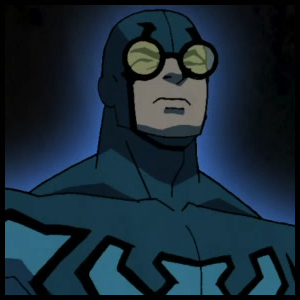 The second Blue Beetle. His death in a lab explosion indirectly led to Jaime finding the Scarab and becoming his successor. 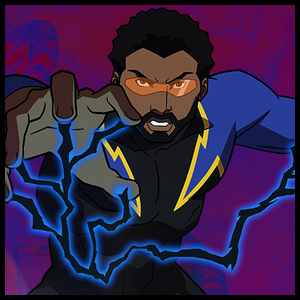 Black Lightning, as his name would suggest, is a metahuman with powers over electricity, and Static's mentor. Initially a member of the Justice League, he eventually leaves to join the Nightwing's Team and seek redemption following his accidental murder of a young girl. 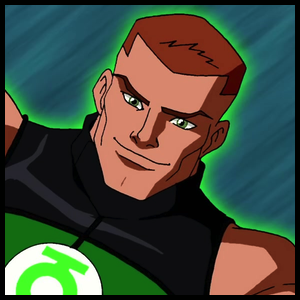 Earth's third Green Lantern. When the League considers an expansion in "Agendas", the Flash puts his name forward - something Hal and John are both very opposed to. 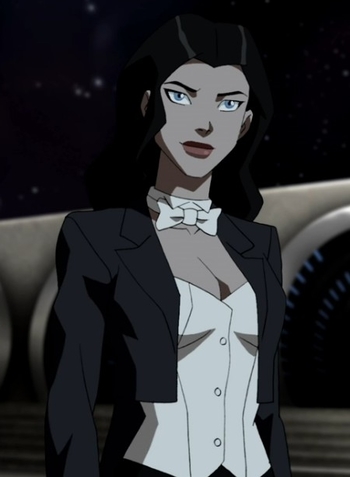 Magician and teenage daughter of Giovanni Zatara. She joins the team in their search for Red Tornado. Zatanna later ends up joining the team in full after her father becomes the latest host of Doctor Fate. Robin takes an immediate liking to her.

Five years later, Zatanna has become a full-fledged member of the Justice League. 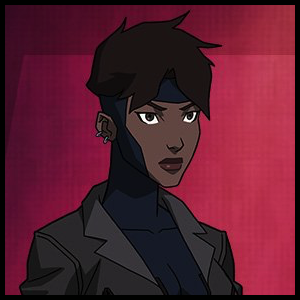 Sidekick of Icon. She and Icon debuted in an earlier episode dealing with the Injustice League's monster plants, along with other superheroes around the world. They intermittently appeared in later episodes, leading to Icon's induction into the Justice League and Rocket joining the Team.

Five years later, Rocket has become a full-fledged member of the Justice League. 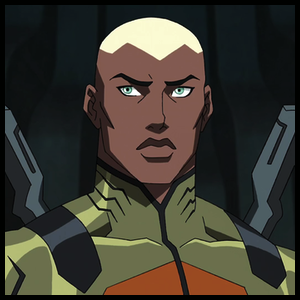 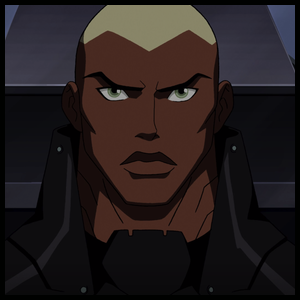 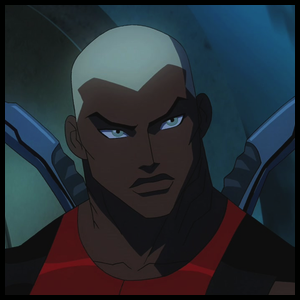 Aqualad is an Atlantean who, through his own skills with water manipulation and focus, earned the right to take on the role of junior partner of Justice League member Aquaman. Although somewhat hesitant in regards to listening to Speedy's rant about them needing to branch out, he soon begins to discover that it may actually be for the better. Somewhat stoic, he soon becomes the team's voice of reason when it comes to dealing with obstacles, whether they be friend or foe.

During the five-year gap between seasons Kaldur joins his father, Black Manta, following the death of Tula during a mission after joining the Team as Aquagirl. Tula's death, along the revelation that Aquaman had kept the identity of his biological father from him, apparently drives Aqualad to betray the Team and become Black Manta II.

By Outsiders, Kaldur has succeeded Orin's place as Aquaman and has joined the Justice League.

A heroine with ice powers. 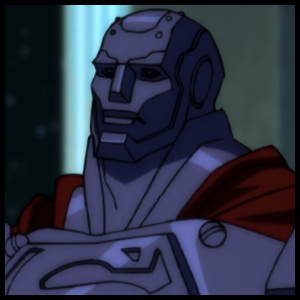 Catherine is the public relations officer of the Justice League. Whenever the public needs to know what's happening in the group, she's the person to go to.