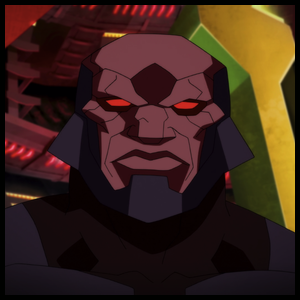 A New God from Apokolips and an ally to the Light.

Granny Goodness
See her tropes on the Light page.
Desaad 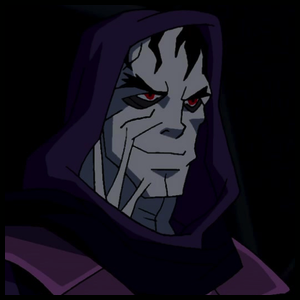 A God Scientist and master torturer. 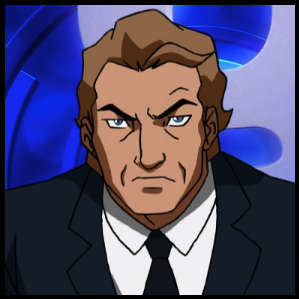 A GBS pundit, the host of The G. Gordon Godfrey Show, and an associate of Darkseid, widely known for his stance against the Justice League and its alien members. 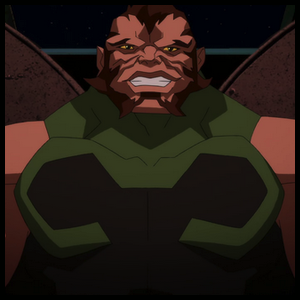 "Watch as I prove why I am the only son who should concern you."

One of Darkseid's sons and a commander in his father's army. 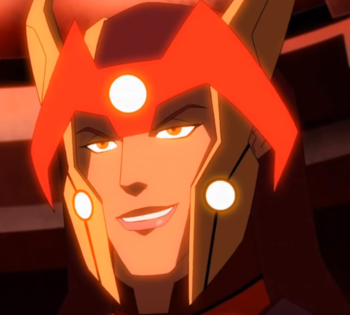 Leader of the Furies, a group of Apokoliptan warriors who serve Granny Goodness. 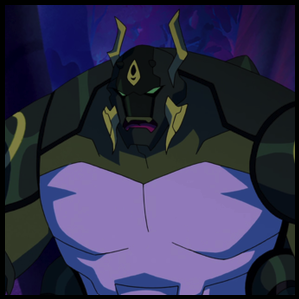 The leader of a hive of Bugs on New Genesis. Tired of living in subservience to the New Gods, whom he feels do nothing but mistreat the Bugs, he starts leading his people to rebel against them.