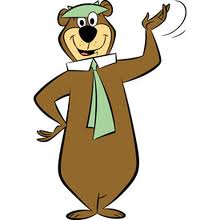 Yogi Bear is a trouble making, "pic-a-nic"-loving bear, who lives in Jellystone Park.

Boo Boo Bear is the sidekick and best friend of Yogi Bear. 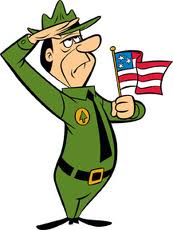 Ranger Smith is the head park ranger of Jellystone Park. Most of his problems come from having to prevent Yogi Bear routinely stealing visitors' picnic baskets.

Another bear who takes up residence in Jellystone National Park, Cindy's the primary love interest for Yogi Bear and is also close friends with Boo-Boo. She speaks with a pronounced Southern accent and carries a parasol.