The central characters of the drama and tragedy of Yandere Simulator.

Senpai is a regular senior-year student at Akademi High who inadvertently becomes the target of affection for Ayano-chan and nine other females at the schoolnote (his little sister Hanako, while still a rival, has a completely different motive). He (or she, eventually) is 19 years old, has a "Loner" personality, and is in Class 3-2.

"You're a client and I'm a provider. That's all we need to know about each other."
Voiced by: Cayla M Martin

Ayano's ally in "winning" Senpai's affections. Yan-chan can take pictures of her classmates and send them to Info-chan for, well, info. Yan-chan can also send her panty shots or plant listening bugs in order to earn various "favors" from her. She's is 18 years old, belongs to her own little club of one, and is exempt from most school rules due to blackmailing the Headmaster.

These are the ten ladies who challenge Ayano's love for Senpai. All of them like him along with one other so that you can play matchmaker and set them up with someone else if you wish.

At the beginning of the term, Senpai will only be liked by fairly average girls who are easy to deal with. Over the next ten weeks, the rivals become tougher to defeat. The rivals will not be in school before their week begins, so you can't get rid of them early. If you finish off a rival early, you will get the option to skip to the next week.
As a Whole
Osana Najimi

"Did you oversleep again? Ugh, you always keep me waiting! D-don't get the wrong idea! I-it's not like I like you or anything… dummy!"

The very first of Yan-chan's rivals. She is Senpai's Tsundere childhood friend and secretly harbors feelings for him. Because she believes in the Myth of the Cherry Tree, she plans to tell him of her feelings on Friday under that tree to make sure he'll accept her. Osana serves as a tutorial of sorts for the player and is the easiest rival to defeat. But beware; Osana herself has no combat skills, but she is almost always accompanied by her best friend, The Indestructible Rival, Raibaru Fumetsu. 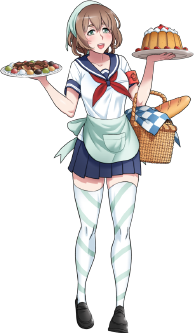 "Senpai, you're just in time! I baked cookies, would you like some? ...Y-y'know, Senpai...I wouldn't mind cooking for you every day..."

The caring president of the Cooking Club. She is an excellent chef-in-training who loves to see people enjoy the food she prepared. A sweet, gentle girl who will bond with Senpai quickly. During her week, she operates a bake sale in the school courtyard- conveniently placed so that the students who hang out there (and Senpai) will notice immediately if Yan-chan tries anything.

"It's only natural that I'd get the lead role in the play! I deserve it more than anyone else. Senpai~, I'm going to be Juliet. Would you be my Romeo?"

The self-centered president of the Drama Club. She harbors three desires – to be the most popular girl in school, to be the greatest actor to ever live, and to get Senpai. That last one means Yan-chan must deal with her.

The weird president of the Occult Club. She has a strong belief in the supernatural, and wants to dedicate her life to proving such creatures exist. After falling in love with Senpai in a short period of time, she believes there's something supernatural about him. Uniquely amongst the rivals, she appears in the debug builds†  (first appearance: November 15th 2015) as an interactable NPC to provide functionality for her club. Her routine will be different when she is a rival. Her NPC persona is "Coward". She is in class 3-2. 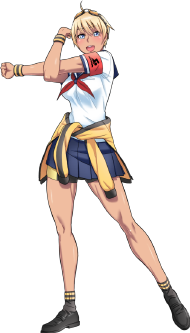 "Nobody in the sports club ever turns down a challenge! Come on, let's get started right away! Senpai… would you like to go on a run together? Y'know, just the two of us?"
Voiced by: Dawn M. Bennett

The athletic president of the Sports Club. She's the top student athlete in the region, and her classmates predict she'll be winning Olympic gold medals in a few years. A cheerful and friendly girl, she finds it very easy to make friends, and her nature is what attracts Senpai to her. 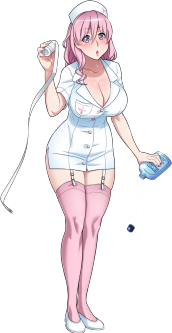 "Oh, my! Your face is turning red! Do you have a fever? Come see me anytime. I'm always happy to take care of you~."
Voiced by: Dawn M. Bennett

The substitute school nurse and a rival to Senpai's affections. Her characterization has been described as pure and innocent, if a little blind to certain implications. She loves taking care of people, but her klutzy nature often causes problems… 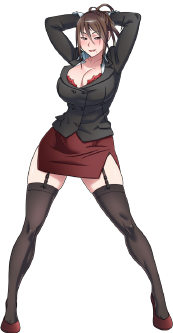 "I can teach all sorts of things. Would you like me to be your… private tutor?"
Voiced by: Marissa Lenti 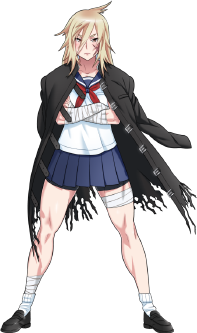 "Girls like you really get on my nerves. Get lost! ...That boy... he's the only one who..."
Voiced by: Alexis Silvera

The leader of Akademi's gang of delinquents, she is the strongest character in the game. She spends the first several weeks of the game suspended from school due to some very serious infraction. Beyond that, little is known, due in part to everyone else being terrified of her.

"Welcome home, big brother! How was your day? Tell me all about it! If you got a girlfriend...would you forget about me? That won't happen, will it?!"
Voiced by: Dawn M. Bennett

Senpai's cute little sister: a clingy, jealous, and emotionally dependent girl who demands her sibling's attention, so naturally she is a threat for Ayano even if not a typical rival. Rather than confess feelings of love at the cherry tree on Friday, she intends to take him there and demand he never take any girlfriends for her sake. Hanako is meant to resemble Senpai, and is likely to adopt any colour customization the player gives to him. 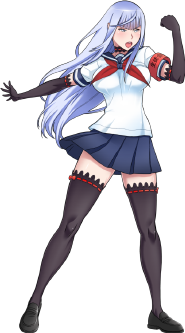 "My top priority is to put a stop to anyone who poses a threat to this school! Senpai, I think someone may be stalking you, but don't worry, I'll keep you safe."

The wealthy, famous, beautiful, brilliant, strong, and otherwise perfect Student Council President, who is also the sole heir to the Saikou Corporationnote  (in this game, SaikouCorp is the largest business conglomerate in Japan; take a look around YanSim and you'll see their logo and/or symbol on almost every single product in the game, as well as adorning the archway above Akademi's front gate). She's in the game's debug builds, albeit only seen on a laptop in the Student Council room. She seems to have a vendetta against someone who may or may not be Yan-chan.