Characters / Yamada-kun and the Seven Witches: The Other Witches

The two new witch groups that appear in the second witch war (chapter 91-onwards) in Yamada-kun and the Seven Witches.

Warning: The story has several plot twists and other revelations upon revelations. Beware of spoilers.

Kurosaki is the first witch to be revealed of Takuma's witch group. His full entry can be read on the page for the other characters of the second witch war. 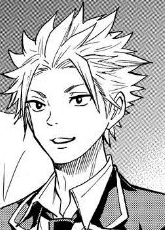 The third witch to be introduced of the group of witches that arose after Yamada erased the original seven witch powers at the ceremony. He is one of the main villains of the second witch war as he has used his power on a lot of students under leadership of Ushio and Asuka. It all ends when Ushio uses the seventh witch's power on him, making him temporarily forgotten by everyone at school.

He has the power of stirring up people's emotions. Unlike the other witches, he doesn't need to kiss his victims, but can use his powers by simply shaking their hand. 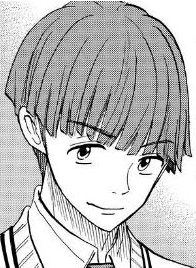 The fourth witch to be revealed of the reborn witches. He is one of the leaders and instigators (though officially only a rookie) of the Japanese chess club along with Ushio and Asuka. Unlike other witches, he doesn't activate his power with a kiss, but with a headbutt. He has the very dangerous power of mind control.

Ten years later, in the epilogue, he has married Himekawa and had a son with her. 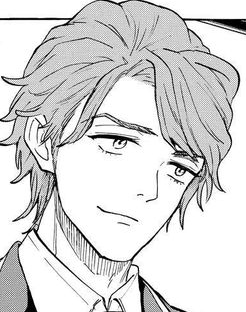 A foreign student from the United States, he is The sixth witch to be introduced of the reborn witch group. Not being able to make friends in Japan has made him frustrated, and as such he got the body-swap power.

He becomes a member of the tennis club and possibly some other sports clubs after Yamada helps him make friends.

Hikaru is the fifth witch to be revealed of Takuma's witch group. His full entry can be read on the page for the Supernatural Studies Club. 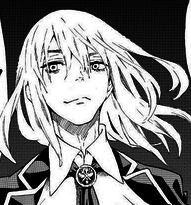 The seventh witch (though the second one to be introduced) of the group of witches that arose after Yamada erased the original seven witch powers at the ceremony. By being the seventh witch, he is Rika's direct successor. Like her, he has the ability to erase memories, but he also has another power that lets him "know human relationships", though the specifics of this power are never explained.

As the big surprise, he is also the last witch to be introduced in his witch group. He has a Split Personality, and his second and evil personality has his own witch power - the power to make himself appear whenever he wants. This persona is nicknamed "Dark Takuma" by Yamada.

At the start of his third year, he becomes the founder, president, and only member of the people-watching club.

Ten years later, in the epilogue, he has a sidejob as a priest and oversees Yamada and Shiraishi's wedding. 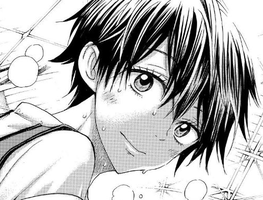 The first witch to be introduced from the other set of seven witches which were thought to have arised after Yamada wished the witch powers away, but actually existed along with the original seven witches all along. Her power is (superficially) similar to Odagiri's.

She is the captain of the girls' basketball team. 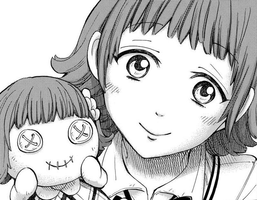 The third witch to be revealed of the second set of witches, this one with the power of telepathy. She is known for always playing with her doll Satori, and unlike the other witches, she saves Yamada, not the other way around.

She is not a member of any clubs. 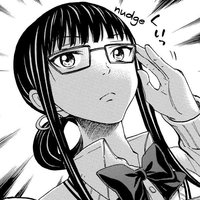 The fourth witch of the second set of witches to be revealed. In school, she's a straight-laced student who also acts as a fortune-teller (as the president and seemingly only member of the fortune-telling club), but in her spare time she is a much more theatrical superheroine. She has the power of future-sight like Sarushima. 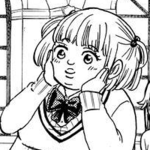 The fifth witch of the second set of witches to be revealed. Despite not initially remembering her in the present time, she was one of the first witches Yamada met. She has the body-switching ability like Shiraishi.

She is the captain of the judo club. 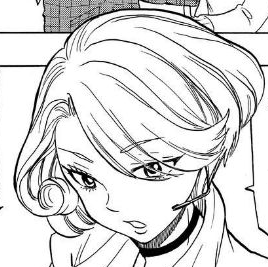 The sixth witch of the second set of witches to be revealed. Like Asuka, she has the power to make herself invisible to others. Despite being a high school student, she acts like a hurried secret agent.

It's not known if she is a member of any clubs. 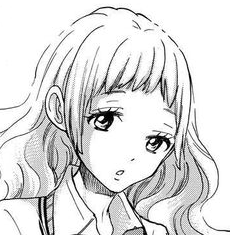 The last witch to be introduced of the enhanced witches. She is the president of the handicrafts club, and Yamada turns to her in his attempts to get the upper hand on the Japanese chess club. Yamada knew her before the start of the plot, though he isn't initially aware of this when he meets her in the present story.

Like Noa, she has the power of retrocognition - though in her case, she sees happy memories with loved ones, an ability which is dubbed the romance power.

Ten years later, in the epilogue, she has married Yuri and had a son with him. 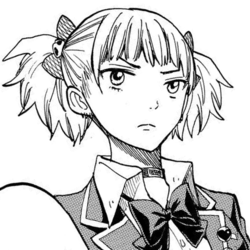 Real name Haruko Nijino, Nancy is the seventh witch of second set of witches, though the second one to be revealed. Being the seventh witch, she has the same ability as Rika Saionji - manipulating memories about the witches. Yamada has met her during his first school year, but he doesn't initially remember her.

After Ushio steals her power, she stops being the seventh witch and starts living a normal school life in the light music club.

Ten years later, she still plays in a band and gives a concert at Yamada and Shiraishi's wedding.