Characters / Yamada-kun and the Seven Witches: The Main Couple

The main Official Couple of Yamada-kun and the Seven Witches. 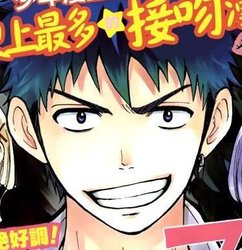 The main protagonist of the story and one of the "rookie" members of the Supernatural Studies Club. Has the copying power which means he can copy the power of a witch by kissing. Suffers from a Friendless Background and a boring life at the start, but after suffering an Accidental Kiss with Urara Shiraishi, a whole new world and a lot of friends (and love interests) open up to him.

In most of the second witch war, he is (unofficially) not a member of the Supernatural Studies Club because he has become the new student council secretary and doesn't have time for both things, but he still sometimes hangs out with his old friends in his spare time. At the end of his second school year, when the next student council is established, he returns to the club again.

Ten years later, in the epilogue, he's a valued worker at some kind of engineering firm. He marries Shiraishi, and a few years later, he has two children with her. 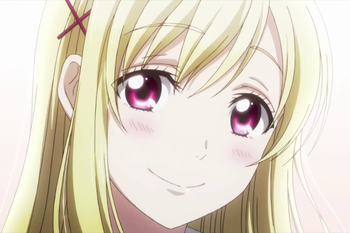 Yamada's first friend in present time and the president of the Supernatural Studies Club, appointed by Miyamura. She's the deuteragonist of the entire first witch war, but after becoming Yamada's girlfriend, her plot importance varies from time to time. She's the first witch encountered, and her power is that she can switch bodies with anyone she kisses.

She becomes Yamada's girlfriend at the end of the first witch war (and used to be twice in the past), and except for a couple of on-off periods, they have gone steady ever since.

Like the other original witches, she loses her power permanently after the ceremony.

Ten years later, in the epilogue, she works at an investment bank overseas. She marries Yamada, and a few years later, they have two children together.