Characters / Yamada-kun and the Seven Witches: First Witch War Others

Assorted allies and enemies (beyond the witches) that appear in the first witch war (chapter 1-90) in Yamada-kun and the Seven Witches.

Warning: The story has several plot twists and other revelations upon revelations. Beware of spoilers. 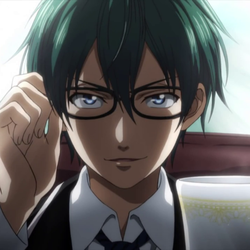 The student council president and the closest thing the first part of the story has to a Big Bad. He becomes a regular student again when Miyamura becomes the new president.

Like Leona, Asuka and Rika, he leaves the story when he graduates from Suzaku in chapter 183.

Ten years later, in the epilogue, he works at an advertising firm. He's still on good terms with Leona, but apparently hasn't gotten together with her. 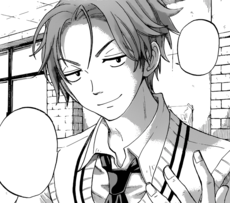 A witch-killer (the second after Yamada) who stole Asuka's invisibility power. While not an official student council member, he is initially Yamazaki's henchman, but he joins up with Yamada, after Rika erases all the student's memories of them, in order to get the memories back. He later becomes the treasurer of the new student council and thus an official member.

He becomes the new student council president of Suzaku High after Miyamura was unseated, succeeding through the long and hard election campaign.

Ten years later, in the epilogue, he hasn't changed much, still being single and still living at home, though he has a job. 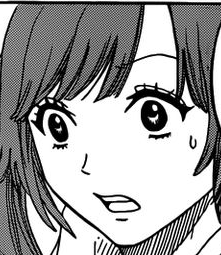 The clerk and treasurer of the first student council, not much is known about Inose except that she seems to be most serious and normal of the executives.

Apart from the student council, she is not known to be a member of any clubs.

Miyamura is the first of the two vice-presidents to be revealed. His full entry can be read on the page for the Supernatural Studies Club.

Odagiri is the second of the two vice-presidents to be revealed. Her full entry can be read on the page for the original witches.

Asuka is the secretary of Yamazaki's student council. Her full entry can be read on the page for the original witches. 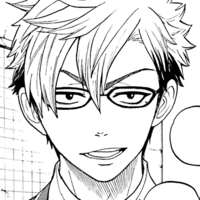 Yamada's former friend. His friendship with Yamada ended when he framed Yamada as the sole perpetrator of a fight they both took part in because his memory was unwittingly changed so that he believed really was the sole perpetrator. He is strongly in love with Odagiri, and for a while he acts as her henchman/sidekick, but she later ditches him.

When the new witches arise after the ceremony, he becomes a witch-killer with the same ability as Tamaki. He founds a chess club with Asuka with the hidden purpose of returning the school to the way it used to be...

After the club's loss and his subsequent Heel–Face Turn, he becomes friends with Yamada again and chooses to atone by being the new seventh witch instead of Nancy. He and his new spotter Noa also found a new club, the poetry club, of which he becomes the president.

Ten years later, in the epilogue, he has married Odagiri. They have a daughter called Mone and a son called Mashio. 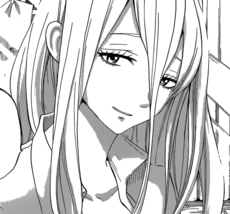 Toranosuke Miyamura's older sister who has a past related to the seventh witch and Yamazaki and plays an integral role when it comes to finding the former.

She is not a member of any clubs in the present day, but until she left school for a year, she was the president of the Supernatural Studies Club.

Like Yamazaki, Asuka and Rika, she leaves the story when she graduates from Suzaku in chapter 183.

Ten years later, in the epilogue, she works as an archeologist. She's still on good terms with Yamazaki, but apparently hasn't gotten together with him. 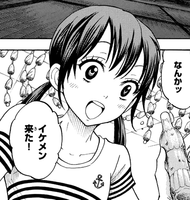 Yamada's little sister who is still in elementary school.

Ten years later, in the epilogue, she is the only one of Yamada's family members who is shown attending his wedding with Shiraishi, though it isn't known what she's otherwise up to. 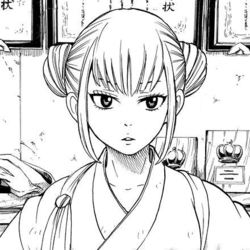 The captain of the girls' archery team, who made herself an enemy of the student council by refusing to give up her team's room in the school building. She is helped fulfill her team's tradition by Yamada and takes a liking to him. 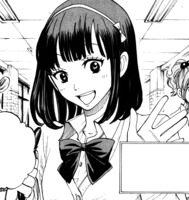 One of the first characters introduced in the series, she is the main "villain" of the first chapter in which she bullies Shiraishi, but she doesn't play a role in the story afterwards.

She is not known to be a member of any clubs.

A fairly non-descript, by-the-book girl who has been in Yamada’s class during his last two years on Suzaku. She gains importance when she joins his group on the field trip to Guam.

She is not known to be a member of any clubs.

Ten years later, in the epilogue, she attends Yamada and Shiraishi's wedding, showing that she still keeps in touch with them, though it isn't known what she's otherwise up to.