Spoiler Warning: Because death tropes are attached directly to characters on this page spoiler tags may not be effective.

open/close all folders
Xena and her friends 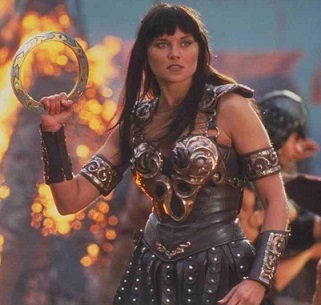 The warrior princess.
"It's easy to talk like that when you're in Heaven. Where I come from, you fight for what you believe in." 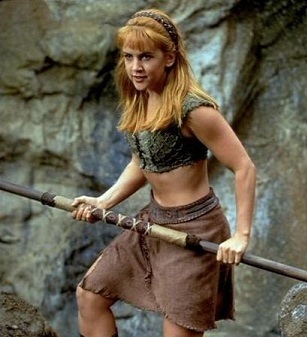 "You've got to take me with you! Teach me everything you know".
"The world belongs to men, only because we let them." 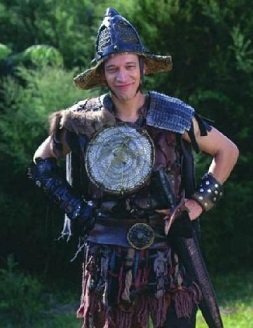 "Joxer the Mighty, he roams through the countryside...
"Oh, that song again! I can't get it out of my head! The meter is awful!

Harmless Villain turned Heroic Wannabe, Joxer is one of Xena and Gabrielle's best and most trusted friends. 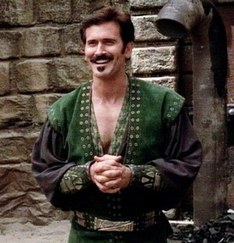 The King of Thieves. 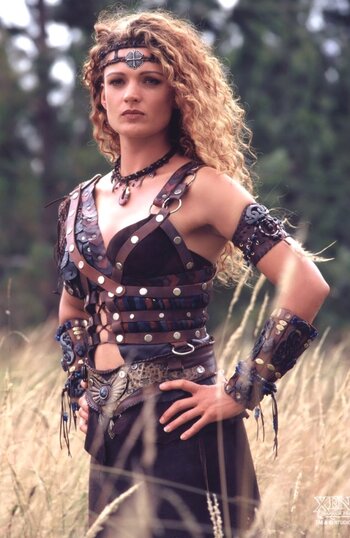 Amazon Queen. Married the centaur Phantes, and is the mother of Xenon. 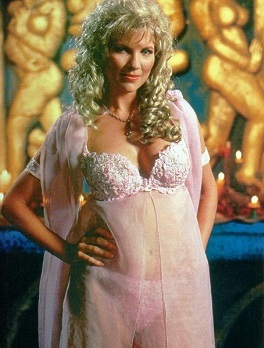 "Don't believe everything you hear about blondes. 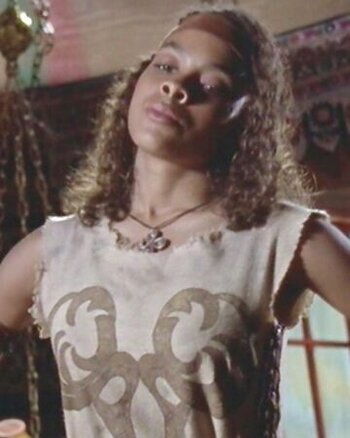 A runaway slave from Gaul who ends up on Xena's pirate ship at the same time as Julius Caesar. She becomes the first of several of Xena's mentors. 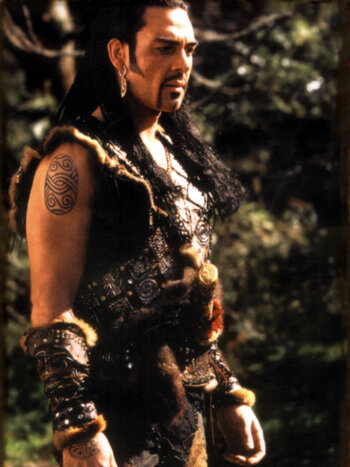 Warlord with whom Xena rode prior to her first appearance in Hercules. Father of their son Solan 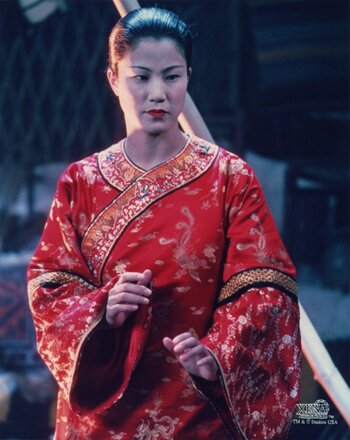 One of Xena's mentors, and the first person to attempt to turn her back to good during her warlord days. She is the wife of Laozi and according to the Xenaverse, she is the real author of the Daodejing. 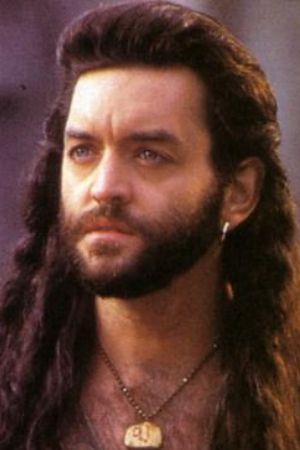 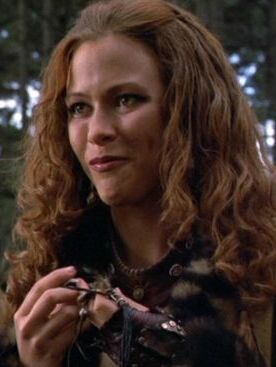 A plucky young Amazon introduced near the end of season 4. 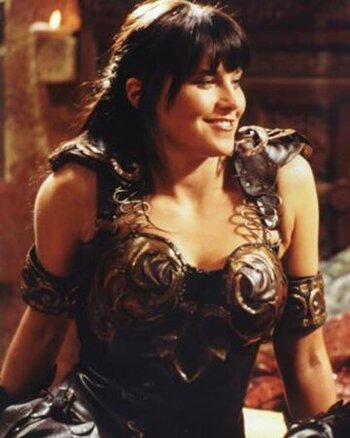 Barmaid and Xena lookalike. Hijinks ensue when Meg impersonates Xena or their other lookalikes Princess Diana and Leah the Hestian Virgin. 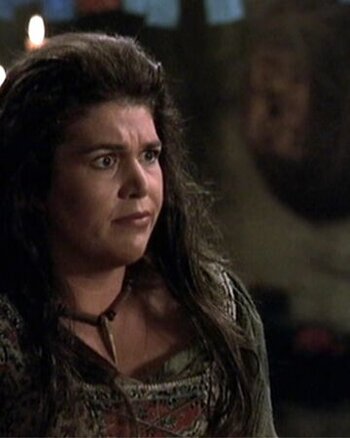 An ordinary woman who dreams of being a warrior like Xena. 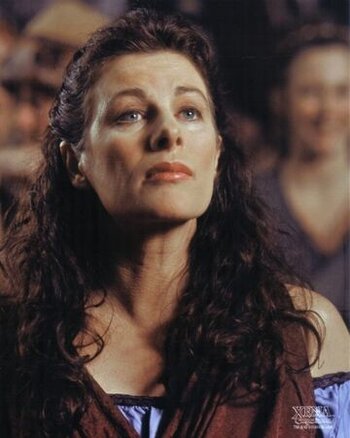 Xena's Mother, who runs a tavern in Amphipolis. 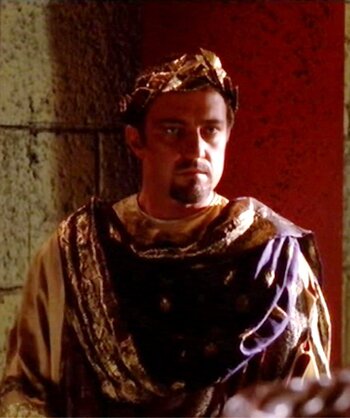 Caesar's nephew and future Emperor Augustus. He was just a boy when Xena met him. He adopted Eve when her mother was presumed dead and later tries to marry her. 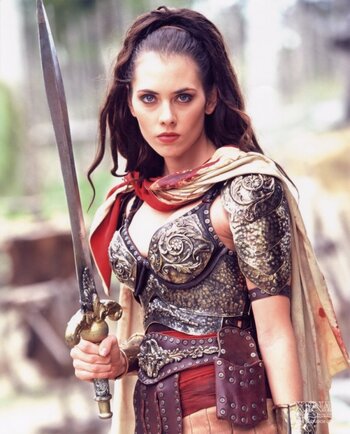 Xena's daughter chosen to be the new messenger of the god of Love. Her birth heralded the Twilight of the Olympians, so Xena faked her and Eve's death. Eve, as Livia, was raised by Octavius to become Rome's most powerful warrior.
Advertisement:
Villains 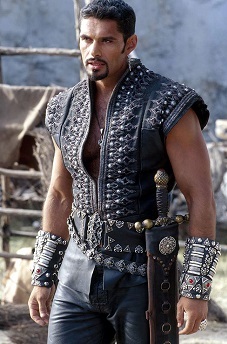 "Since time began, it has been warriors who have shaped the world." 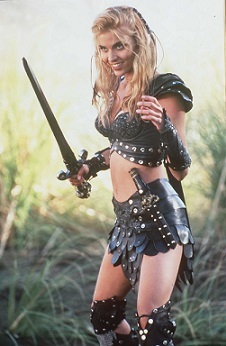 A former victim of Xena now bent on her destruction, Callisto later becomes an angel in season 5 thanks to Xena and ultimately finds redemption. 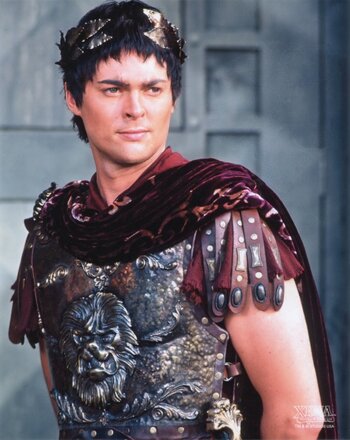 "If they are not under my control, then they are my enemies." 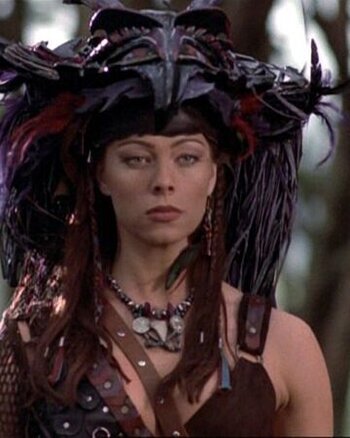 "Where were you, Artemis, when the name Amazon became a joke told by old men in taverns?!" 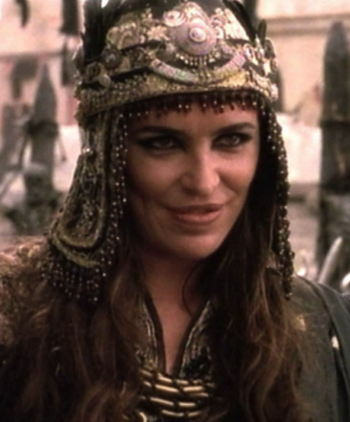 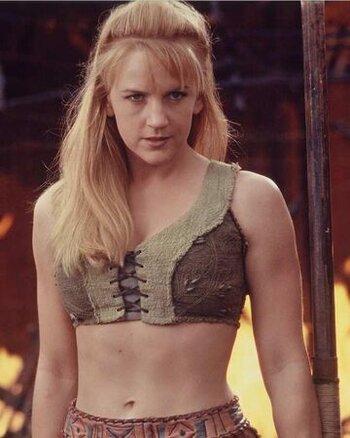 The evil child of Dahak and Gabrielle. 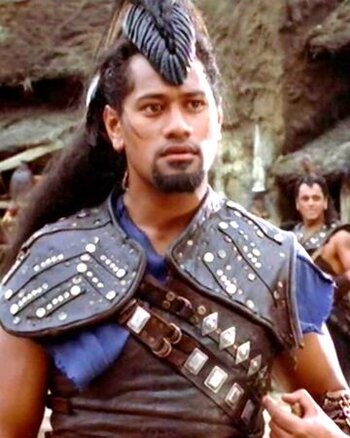 When I tried to go home, my father almost beat me to death with a blacksmith's hammer.

A warlord and old friend of Xena’s. 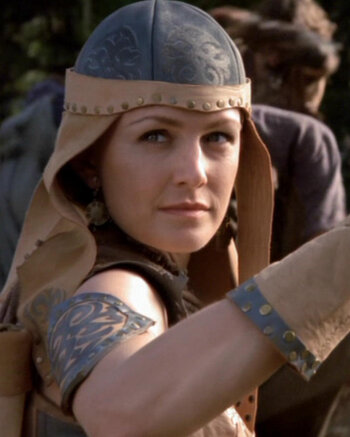 A “Joan of Arc”-esque character, and warrior zealot. She claims to hear the voices of "Jinn" and believes in reforming her enemies through "The Light". 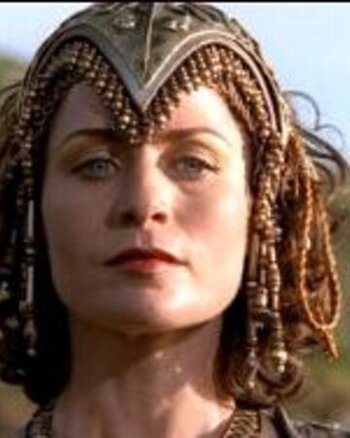 "I've poisoned your water supply. What will you give them when they're dying of thirst? Love?"

Goddess of wisdom and war. She took over leadership of the Olympians after Zeus' death. 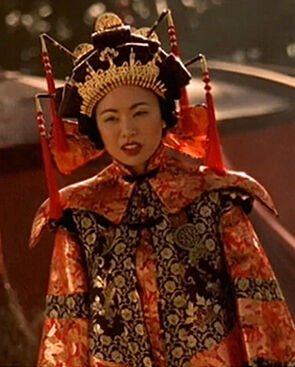 One of Lao Ma's estranged daughters. 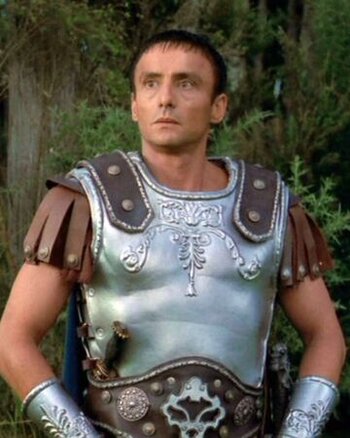 "Girl, I have seen death more times than I care to. You are either a fool or you don't know what you are talking about.

The Greek God of Debauchery. 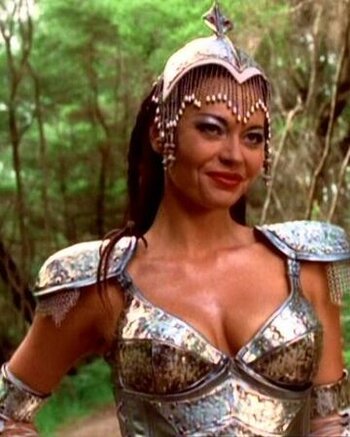