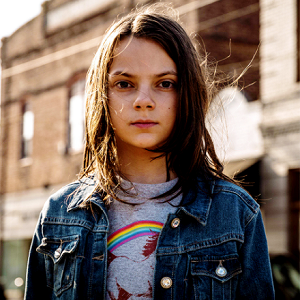 "I've hurt people, too...They were bad people."
Click here to see her with her adamantium claws 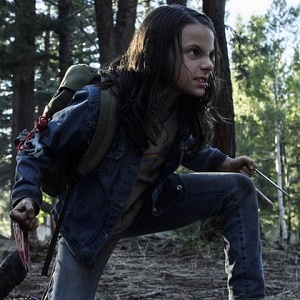 "A man has to be what he is, Joey. Can't break the mold. There's no living with a killing. There's no going back. Right or wrong, it's a brand. A brand that sticks. Now you run on home to your mother, and tell her... everything's all right. There are no more guns in the valley."
— Laura, quoting Shane

A young mutant girl born in the alternate future where mutants have all but died off. Said by Charles Xavier to be "very much like" Logan, she's the first new mutant either have encountered in at least twenty years. Pursued by Pierce and his Reavers, Laura may help provide the key to the survival of the vanishing mutant race.