Characters that have appeared in X-Force or X-Statix. 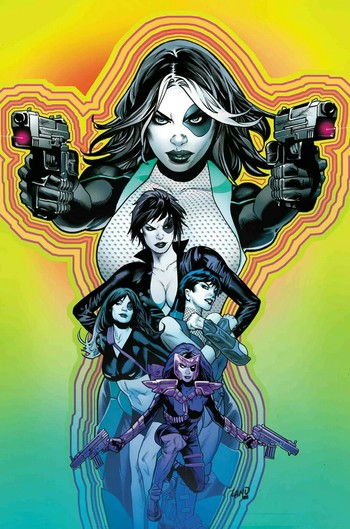 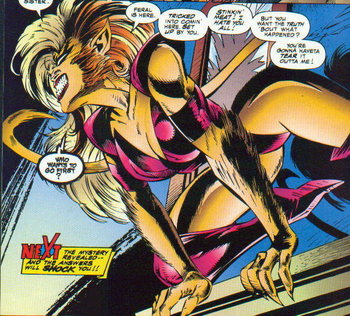 Feral by power, nature and name. Maria Callasantos's life was dredged in mystery, deceit, and death. Once a member of X-Force, Hellions and X-Corporation, she is trying to live a new life on Krakoa. 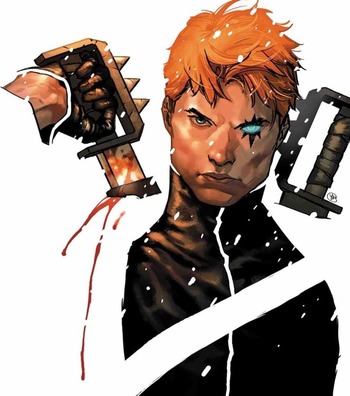 Shatterstar is one of those comic book characters who have a weirdly overcomplicated origin. On the surface, he's just a mutant alien gladiator from the planet Mojoworld, and a frequent member of X-Force. In actually, Shatterstar is both the son and father of occasional X-Man Longshot.

Let's explain. Due to a Temporal Paradox, Shatterstar's DNA was taken from him during a time-traveling trip, and was subsequently used to create Longshot. Years later, he and Dazzler would conceive a child, who would grow up (in a possible future) to be... you get the picture.

After time-traveling to his past, Shatterstar became a founding member of X-Force, where he met his on-off love interest Rictor. After years of ship teasing, they shared their first on-panel kiss in X-Factor #45, making them the first same-sex (male) pairing to do so in Marvel Comics history. His exact orientation was a common discussion among fans, but according to Peter David —who wrote the aforementioned scene— Shatterstar is canonically bisexual.

Likely because of his convoluted origin, Shatterstar is fairly obscure, but a vastly simplified version of the character appears in Deadpool 2, portrayed there by Lewis Tan. Introducing himself as an alien from Mojoworld —one who's superior to Deadpool in every way— he's quickly dispatched in a death montage where every member of DP's X-Force (save for Domino) is brutally killed. 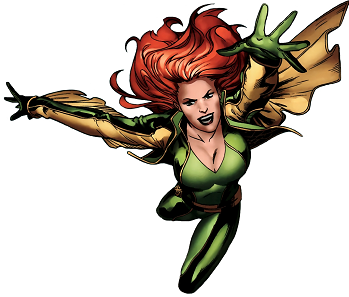 Daughter of X-Man Sean Cassidy, Theresa was was raised by her father's cousin Black Tom Cassidy to be his partner in crime after the death of her mother. However, she eventually learned the truth of her parentage and was reunited with her father. Theresa spent the next few years jumping between X-teams while engaging in a on-off romantic relationship with Jamie Maddox, with the two becoming key members of X-Factor Investigations. 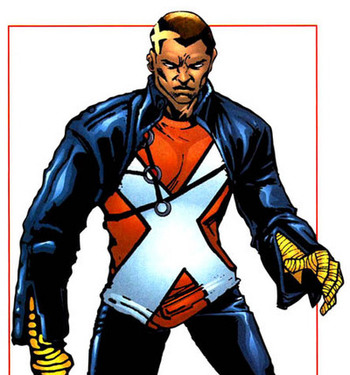 Bedlam is a mutant with the ability to generate a bio-electric field for a variety of effects. He is skilled in covert ops. 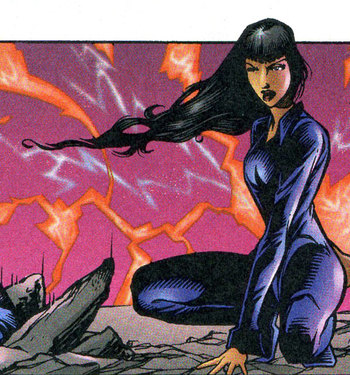 Formerly involved with X-Force and X-Corporation, Risque was a menacing vixen who seduced Warpath as part of a deal with Sledge. She gained real feelings for Warpath. She was killed by the U-Men and afterwards resurrected as part of Selene's undead mutant army. 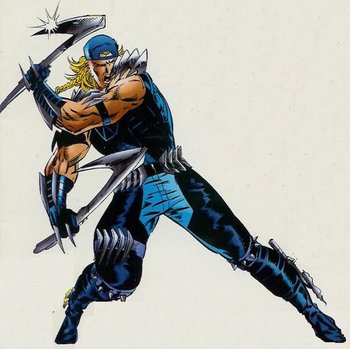 Adam-X has the power to "flash fry" or burn the blood of an adversary once it has been oxygenated, usually done by opening a wound on them using his Thet'je blades. 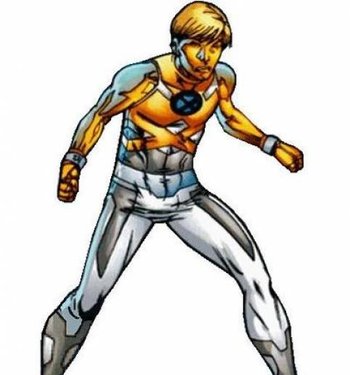 A teenage boy who joined an anti-mutant group with the desire to be popular. The group attacks a team of teenage mutants from Xavier's and he discovers he has the power to heal during the fight. Rejected by his friends and family, he moves in at Xavier's and initially has a hard time fitting in. He has a controversial relationship with Wolfsbane, because he's technically underage. As he continued to study, his powers grew enormously, going from simple healing to genetic manipulation. He eventually turns his skin gold after being forced to heal himself. After a large group of students were killed by anti-mutant fanatics, he went mental and developed the power to create disease and kill people as well. Since then, he's been overwhelmed by his power and is starting to question the world at large. He has "mood skin" - when he's feeling calm, happy, or using his healing power, his skin is gold. But when he's feeling angry, depressed or using his powers to do harm, his skin turns black.

On a side note, it's too damn bad he wasn't introduced early enough to be include in the X-Men action RPGs, since he's the only member of the X-Men ever to have dedicated healing as a power. 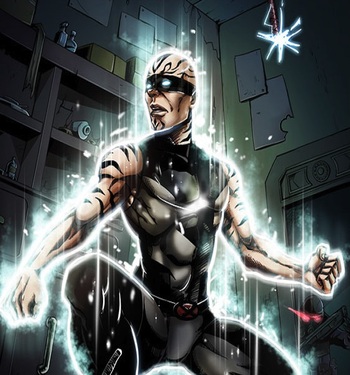 A powerful teleporter with the ability to move himself and passengers across the planet in a single jump, the Vanisher was one of the X-Men's earliest enemies and a recent member of their X-Force Strike Team. 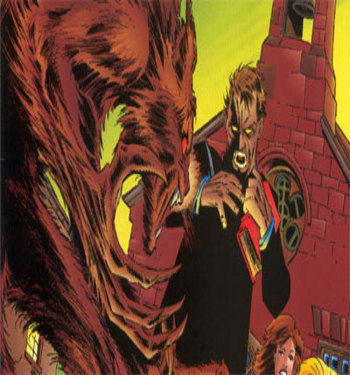 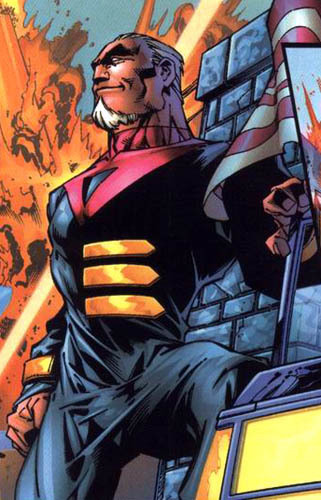 See X-Men: Rogues Gallery A to I
Leper Queen 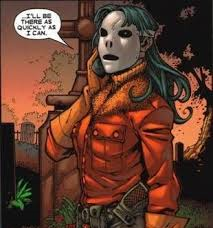 The Leper Queen is an anti-mutant terrorist who once had a mutant daughter of her own. Her two year-old daughter was killed when the child's powers burned down their home, also resulting in the Leper Queen's disfigurement. 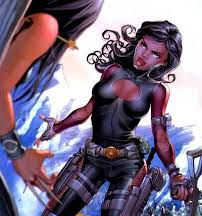 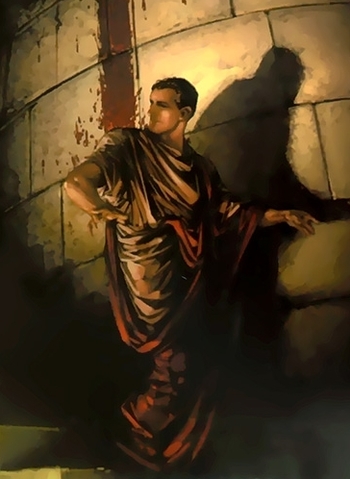 Born Eliphas, he was a Roman senator that was bewitched by Selene and turned into a vampire-like immortal. 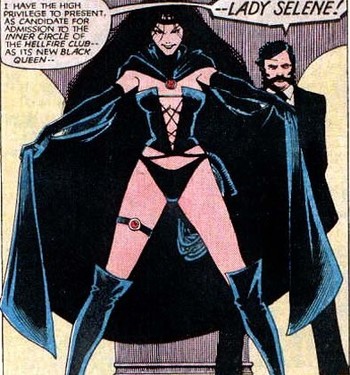 Former and most prominent Black Queen of the Hellfire club, Selene has been around for quite some time and is actually the oldest mutant alive. She doubles as a superior sorceress, is incredibly powerful and very hard to kill. She singlehandedly exterminated the Externals and survived total molecular disintegration. Regal, vain and manipulative, she has recently resurfaced and maybe we'll see the full extent of her powers which has never been completely revealed. 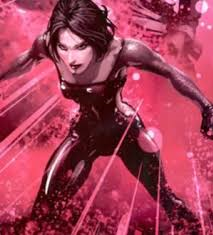 Lois London is a mutant with powers that can drain life force from other humans or disintegrate inorganic matter. As Mortis, she was part of Selene's Inner Circle. 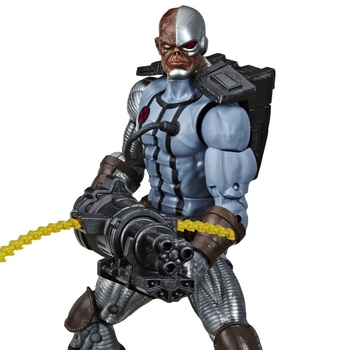 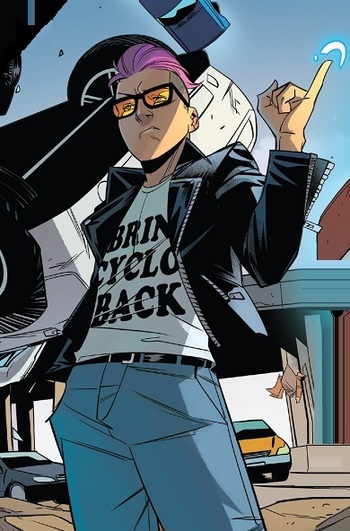 I'm only playing devil's advocate, Professor. You've always encouraged us to dream... I just wondered what would happen if one of us had a dream you didn't like?

Quintavius Quirinius Quire more commonly known as Quentin Quire or Kid Omega is comic book character most associated with the X-Men. He first appeared in Grant Morrison and Frank Quietly’s New X-Men #134 in 2003.

A mutant student of Xavier's introduced in the early 2000s, Quentin Quire was trouble from the start. Gifted with prodigious psychic powers in addition to a brilliant mind, Quire had neither the maturity nor the character to handle his gifts. After a series of escalating rebellious 'stunts', he finally rallied a gang of flunkies and seized control of the school in a failed bid to win the respect of Sophie Cuckoo. Though Quire died of a drug overdose after this story, he was brought back a handful of times over the years, culminating in his full return to the school and Heel–Face Turn.

After a short stint with a new iteration of the West Coast Avengers, Quentin joined the new mutant nation of Krakoa. He was quickly recruited into the newly reformed X-Force as a black ops agent. He surprisingly found himself entering a relationship with Phoebe Cuckoo and dealing with the frustration of not having lived up to his full potential.