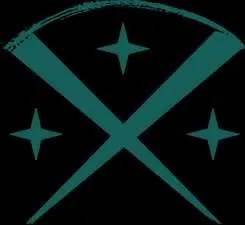 The people fighting against the alien occupation, to expose the truth about the ADVENT Administration and incite humanity to retake their planet. The core of this movement is made up of survivors from the old XCOM Project, but the War of the Chosen expansion shows that they aren't the only groups striking back against the occupiers.

Click here to return to the main XCOM 2 character page. 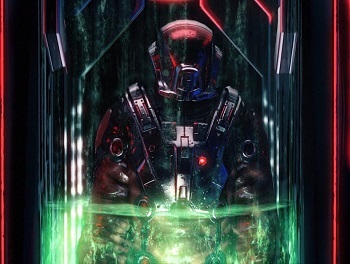 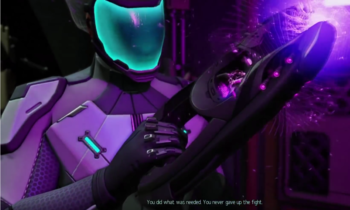 The Player Character and leader of XCOM. They are rescued from stasis at the start of the game, and proceed to take charge of XCOM's campaign to save humanity. 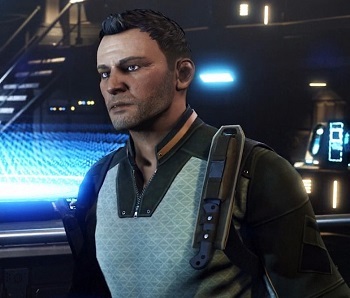 XCOM's second-in-command, who survived the fall of its headquarters during the alien invasion and spent the next 20 years on the run with a small resistance movement. With the return of XCOM's Commander, Bradford resumes his old role of coordinating field operations, logistics, and strategic developments. 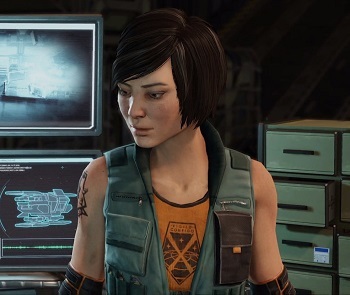 The daughter of Dr. Raymond Shen, who carries on her late father's legacy as the new head of XCOM's engineering department. 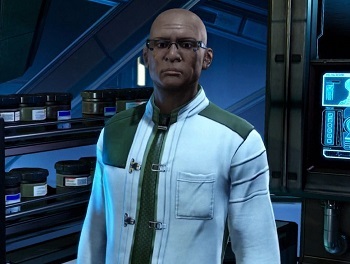 A biochemist formerly in the employ of ADVENT, now working for XCOM as head of its research department. 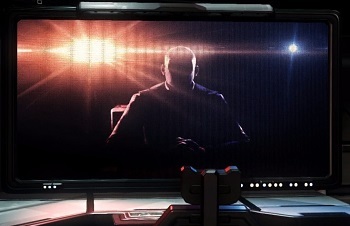 Formerly the Spokesman for the Council of Nations that funded the original XCOM Project, he now aids the Resistance by serving as an insider and revealing what's going on within the ADVENT Administration.

XCOM's former head of research, the XCOM: Resurrection novel reveals that Vahlen survived the group's collapse and took refuge in a dormant volcano, only for ADVENT to find her base, forcing her to activate a defence mechanism which caused the volcano to erupt. Her fate was left ambiguous, though in XCOM 2, idle chatter on the Avenger and some rumor investigations suggest that she is still alive.

Vahlen finally makes a reappearance in the form of several audio logs in the Alien Hunters DLC, which describes how she managed to set up a new lab and was conducting experiments upon several unique alien test subjects, until these Alien Rulers broke free. While her ultimate fate is unknown, the DLC does reveal that she managed to escape the lab.

XCOM's former Chief Engineer, who passed away while preparing the Avenger for service. The Shen's Last Gift DLC reveals that he had another unfinished project as well, which might prove just as useful to XCOM, if they're able to recover it. 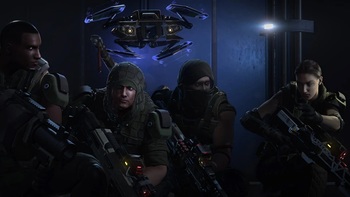 A new generation of soldiers fighting the alien menace, this incarnation of XCOM operates from the shadows, launching guerrilla operations against the ADVENT occupation. They alone won't be enough to liberate the planet - XCOM's mission is to expose the truth about the aliens' intentions and convince the world to rise up against their oppressors.

Grenadier
Analogous to the Heavy of XCOM: Enemy Unknown, the Grenadier deploys grenade launchers and other area-denial weapons to fight the ADVENT threat. Their ability options are Demo Expert, which focuses on blowing up multiple enemies at once with grenades and area-of-effect attacks, and Heavy Gunner, which focuses on wearing down powerful single targets with their autocannon.
Ranger
Analogous to the Assault of XCOM: Enemy Unknown, the Ranger is a close-quarters combat expert, using shotguns and melee weapons to cut down the alien invaders with a high-risk, high-reward fighting style.
Sharpshooter
Analogous to the Sniper of XCOM: Enemy Unknown, the Sharpshooter specialises in picking off enemies with precise shots, whether from afar with a sniper rifle or up close and personal with a pistol.
Specialist
Analogous to the Support of XCOM: Enemy Unknown, the Specialist is a cyber-warfare trooper who uses repurposed alien technology to fight ADVENT, most notably through their GREMLIN drone. Their ability options are Battle Medic and Combat Hacker.
Psi Operative
Unlike the previous campaign, in which veteran soldiers had a chance to discover and develop their psionic talents, now XCOM has the means to make any Rookie a psychic powerhouse. Sending a Rookie to train in a Psionic Lab lets them learn devastating psionic powers they can use to lock down enemies with status effects, bolster their teammates, or lay waste to wide swathes of the battlefield.
SPARK Trooper 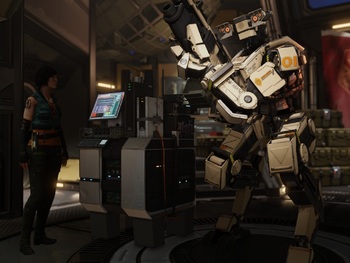 SPARK-001's default appearance.
A new soldier type introduced in Shen's Last Gift. In the XCOM 2 timeline, Shen never built the MEC Troopers seen in Enemy Within, that research instead culminated in the SPARK, a fully-robotic soldier wielding a powerful autocannon. Each is accompanied by a BIT, a spherical robot that can hack targets and fire a heavy weapon.

The Skyranger pilot responsible for ferrying strike teams to and from missions. 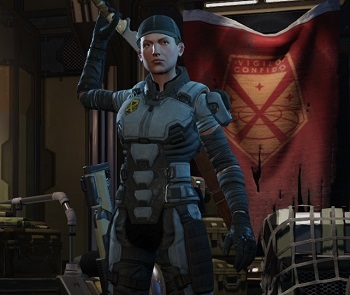 Appearing in the tutorial version of Operation Gatecrasher, Kelly plays a crucial role during the Commander's rescue, and for her efforts is promoted to Squaddie as XCOM's first Ranger. While she is just as mortal as any other soldier from that point on, Kelly proved extremely popular with players, so the antagonists of the War of the Chosen were given unique interactions with her, and a Tactical Legacy Pack campaign expands upon her backstory.

XCOM: Chimera Squad confirms that Kelly survives the campaign to liberate the planet and goes on to play a major role in Earth's post-war government. See Director Kelly's entry on that game's character page for details. 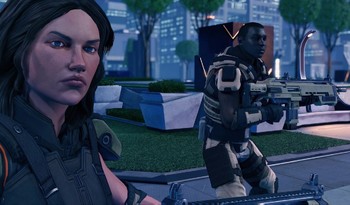 The other two members from the tutorial version of Operation Gatecrasher, who attack the gene therapy clinic before Bradford or Jane Kelly. They both die in the process, but help their teammates save the Commander.
The Kiryu-Kai Survivors
XCOM veterans with improbably-styled hair, wearing aviator sunglasses and tattered versions of XCOM's old uniform. According to their biographies, they served in a number of pre-invasion operations for the unit, including an infamous event known as "Kiryu-Kai Disaster". They are available as part of the Resistance Warrior DLC, and are randomly generated save for their hairstyle and clothing.

General Tropes
Resistance Radio
A pirate radio station introduced in War of the Chosen that brings news of XCOM's exploits to the rest of the world. It seems to be operated by a single male host, and the Tactical Legacy Pack expands upon his backstory and connection to XCOM. 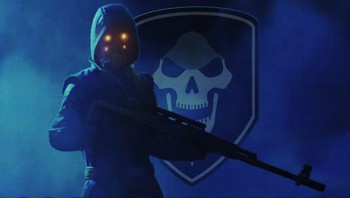 A faction of survivalists with unmatched stealth skills, able to fight with their light sniper rifles without immediately being discovered by their targets. When subtlety fails, Reapers are also adept demolitionists, using either their own explosives or whatever volatile objects are on the battlefield. 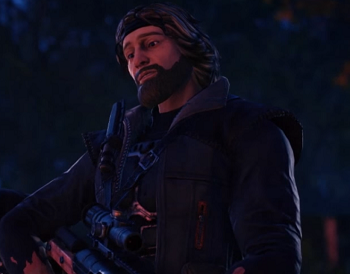 A Russian-American survivalist whose parents fled to Alaska during the early days of the invasion, Volk fought tooth and nail to protect his home during the final days of the war, eventually linking up with Bradford and what remained of XCOM. When the world governments declared a cease-fire, he left for the wilderness in disgust along with his men, continuing the fight as the leader of the secretive Reapers. 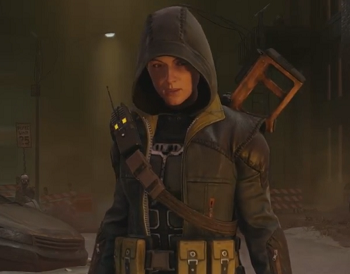 The representative the Reapers send to negotiate with the Skirmishers in Operation Lost and Abandoned. She is also the Reaper who found the Commander, as seen in the opening cinematic. 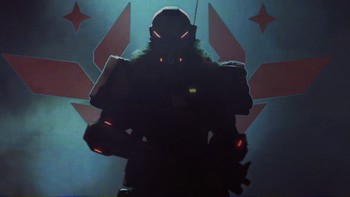 A faction of ADVENT defectors who have escaped the Elders' domination by damaging or removing their control chips. Their combat style is based around tactical movement and close-quarters fighting, whether with their bullpup rifles or Ripjack blades. 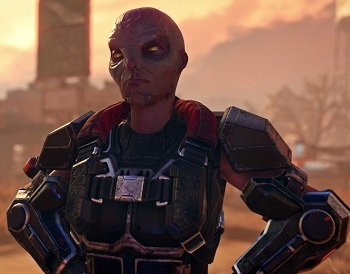 The first of her kind, Betos was just another cog in ADVENT's military until her control chip began to malfunction. With her thoughts no longer suppressed, she was able to see the world around her for what it was - a false utopia built on lies and slavery. Freeing those she could and carving a swath through those she couldn't, she fled her former masters and rose up in rebellion as leader of the Skirmishers. 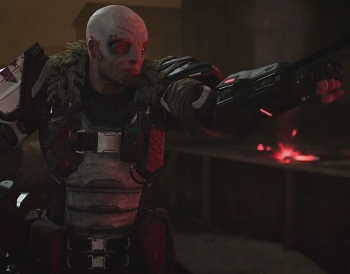 A member of the Skirmishers, who had developed a reputation as one of ADVENT's most brutal commanders prior to being freed from their control. 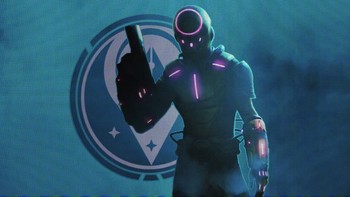 A cult of psychic warriors founded by a survivor of XCOM's early experiments with psionics. Unlike XCOM's Psionic Operatives, Templars focus heavily on melee combat with psi-blades, and use Momentum to take actions after striking a foe, while gaining Focus throughout a battle, powering up for every enemy they attack. 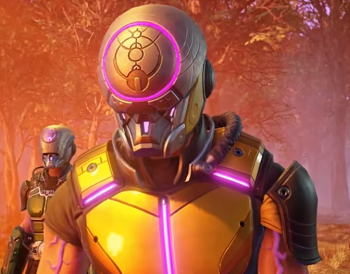 Little is known about the man who calls himself Geist. Rumor has it that he was an XCOM field operative who volunteered for a psionic experiment just before the organization was destroyed, only to be struck with amnesia when he awoke in the middle of an attack. All that is certain is that he commands the loyalty of the Templars through a combination of charisma and sheer psionic power.