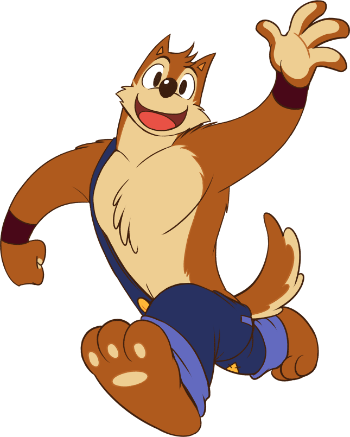 Wuffle is a wolf with a big heart. Currently he's living as a farmer in a barn that is on a hill near Gingerbread Village.
He never turns away from people who need a helping hand. He is also willing to help them out not expecting anything in return.
However, Wuffle tends to be naive and too trusting, which often brings him unexpected trouble. 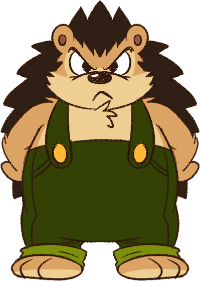 A hedgehog who seems to be able to complain about anything he ever lays his eyes upon, though he never means any harm.
Hot-headed and impatient, but, surprisingly, Pui Pui is Wuffle's best buddy and co-worker.
It was Wuffle's idea that working on a farm might help Pui Pui with his anger management.
Though admittedly, he prefers eating and sleeping. 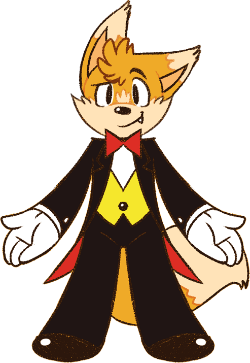 A young fox who's the owner of Gingerbread Village, as well as the bakery with the same name — the Gingerbread Bakery.
Foxxo never wastes a moment to show off how much money he has. One good example is how he always wears a tuxedo when he walks around the village.