This is the character page for World War Z (2019). Minor spoilers ahead. 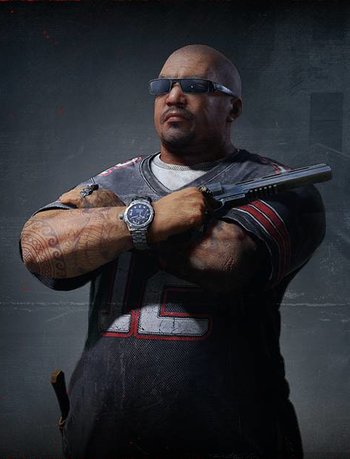 ”That life is the only reason I’m still here.”

A Hispanic member of the Latin Kings gang, moonlighting as a transit tunnel maintenance worker. When the outbreak hit, he chose fight over flight unlike the rest of his gang, and it's kept him alive ever since. 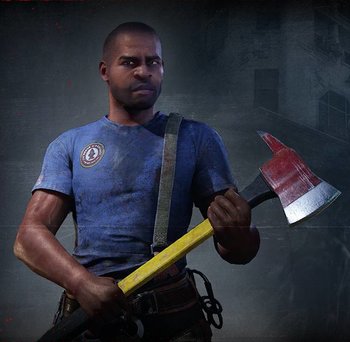 ”So you want to save someone? Save yourself.”

A NYC firefighter, surviving the 9/11 attacks left him with guilt over it and PTSD. The outbreak's more of a change of scenery to him than anything else. 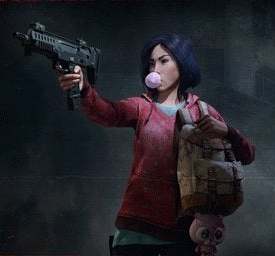 ”Thank you. Without you I would never have made it this far.”
A skilled hacker, ostracized in her youth. Weeks before the outbreak hit, she managed to breach the Department of Defense's firewalls, giving her time to prepare for the upcoming pandemic.
Arnetta Larkin 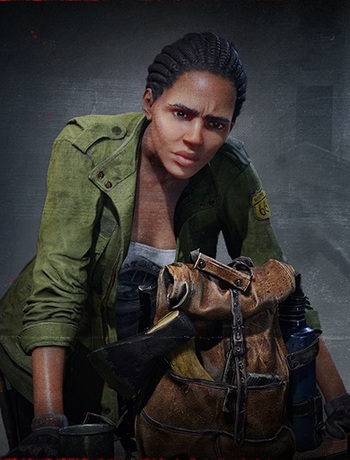 ”Because the only thing stronger than regret is hope.”
A power distribution engineer, Arnetta was among the first to know when the outbreak hit in earnest. The resulting chaos separated her from her husband and baby, but she still holds out hope for them. 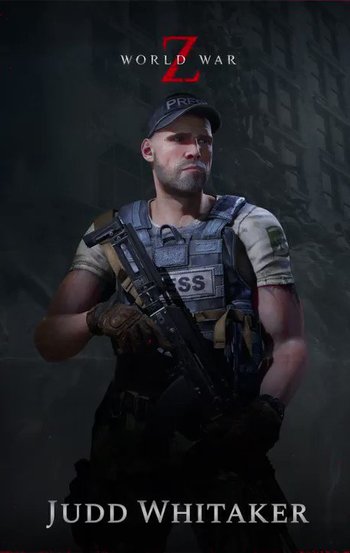 ”There were moments when men’s cruelty could not be explained, it had to be seen.”

As the New York Times' top photojournalist, Judd was tasked with covering the refuge movement in the city. When the city was breached, he escaped by the skin of his teeth, and has now traded cameras for rifles. 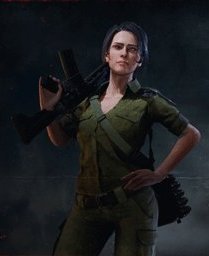 ”My earliest memory is war.”
Dina had intended to become a architect, like her father, and was serving time with the IDF when the outbreak hit, forcing her to abandon those dreams.
Ethan Wolfe 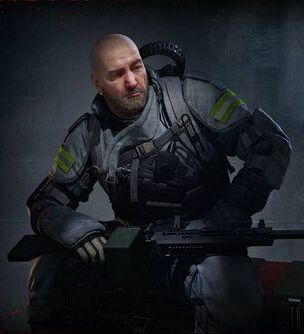 ”We can suppress the animal instincts all we want, bury ‘em under layers of polish, but they exist for a reason.
With 16 years in the SAS, a Gallantry and Military Cross, Ethan had been hired by Mossad to advise on special ops, and was away in a training facility in the Negev when the outbreak hit Jerusalem.
Daniel Alahey 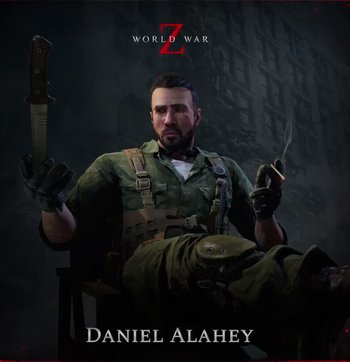 ”Where there is life, there is light.”
A product of the 1977 Beta Israel movement, Daniel, after his service in the IDF, started up a family. The virus took it, and now he focuses his life towards fighting for humanity. 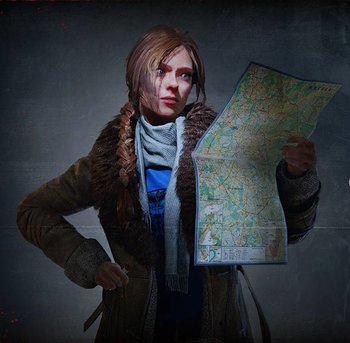 ”Science cannot explain what I’ve seen.”
As a child, she always laughed at the fairy tales of the undead. Science had deemed them impossible, and she wanted to use it to heal the diseased. That was shattered the moment the outbreak hit. Now, following Sergei Popov, she only seeks to release.
Ivan Dovchenko 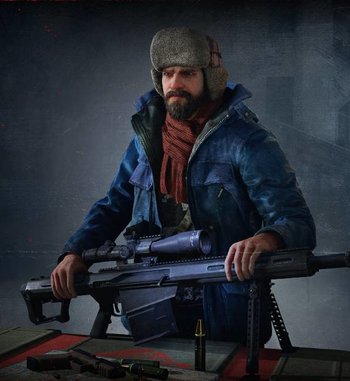 ”But nature is indifferent to the hierarchy of man.”
A well-respected defense minster in Kiev, nicknamed the Tiger, Ivan had everything torn from him when the Soviet Union collapsed, and vowed never to pay the price again. And yet, he did, as the outbreak left him bitter and vengeful; two of the things he needed to survive.
Timur Yushkevich 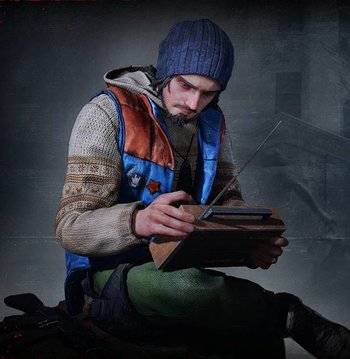 ”People don’t believe something can happen until it does.”
A political agitator and anarchist, Timur had seen signs of the outbreak coming, and tried to warn the public about it. He was arrested, but was released from his cell by Sergei by the time it hit.
Sergei Popov 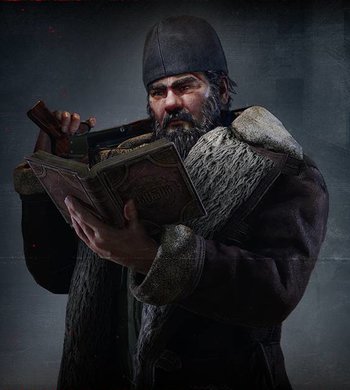 ”I will not be welcome in the Kingdom of Heaven.”
A ruthless enforcer in Russia's criminal underworld, a deal gone wrong led to him having a sudden epiphany. Now, he serves the Lord, and seeks to release the dead from their pain. 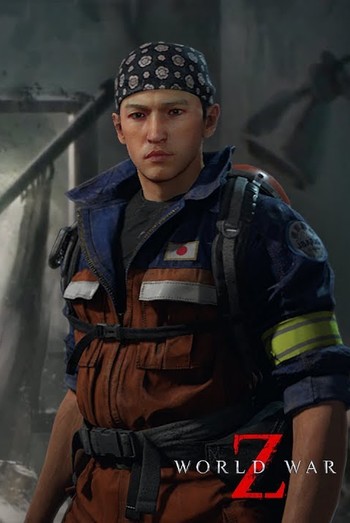 “This wasn’t another disaster—this was war.”
At 11, Sho felt the ground shake for the first time. He wanted to leave, but his grandparents wouldn't hear of it. The philosophy followed him into adulthood. When the Great East Japan Earthquake hit, he joined the Disaster Rescue Team to save any survivors. When the outbreak hit, however, Sho realized that the only survivors wouldn't be the ones who stayed; it would be the ones who left.
Kimiko Nomura 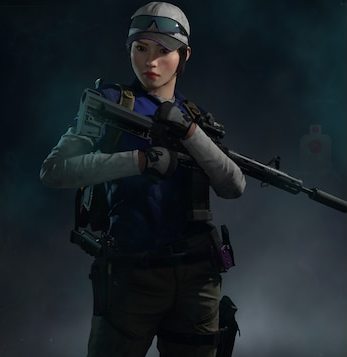 ”But life is all about the unforeseen.”
Ever since Kimiko held her first starter pistol, she'd been hooked. Dropping out of university in her senior years, she went on to win Olympic gold. When the outbreak turned the country into a panicked evacuation zone, those talents became essential for her survival.
Tatsuo Matsumoto 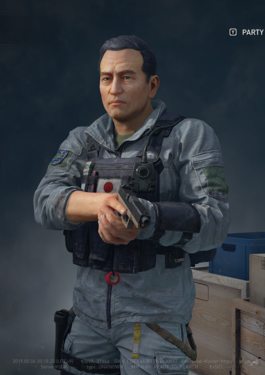 ”I always wanted to be a cop.”
Tatsuo's intensity as a officer reflected in his career; by 34, he'd been through the Riot Unit, then Special Assault, and finally Special Investigations. It came at a cost; by 43, he had left his wife, and took to the bottle. When the outbreak hit, he volunteered; anything to distract him from his demons.
Hiroji Okada 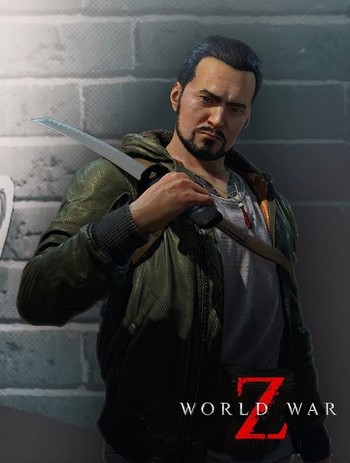