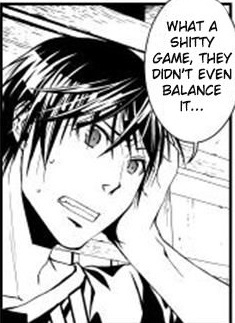 Behold, The Evil God!
The main character. Having gotten kicked out of his family house, he goes to a local shrine to play video games while he ponders his options. This unwittingly winds up with him being summoned to an alternate world with the power to customize anything from clothes to fields, buildings and even people or corpses at any rate.

Tropes common to all.

Presumably the most senior officer chosen for Yusuke's squad.

She's not very good with first impressions.
The girl who was praying in the "shrine of the evil god" when Yusuke appears in the story. Turns out her father used to take her there, frequently, as a small child. Once she convinces Yusuke to make her a part of the Dark God corps, she quickly shows that she can carry her own weight just fine, and manages to impress several divine artists with her archery skills. 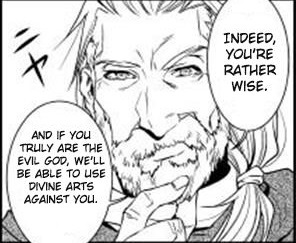 The medic of Rufu village, where Sun lives, and the first Divinist that Yusuke meets. 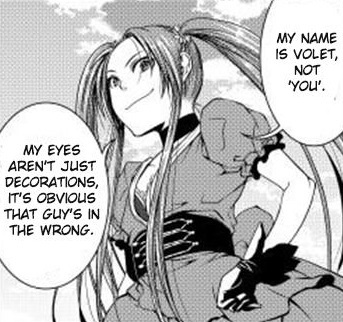 Her best Establishing Character Moment
The daughter of King Esvobus who rules the country where Yusuke finds himself.

A man found in underground ruins by Dark God squad while they were investigating "ghost" sightings and missing children reports. 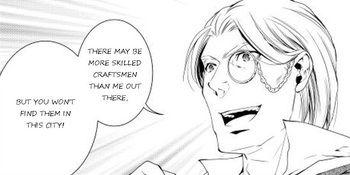 A "Song Princess" encountered by Yusuke in chapter 32. 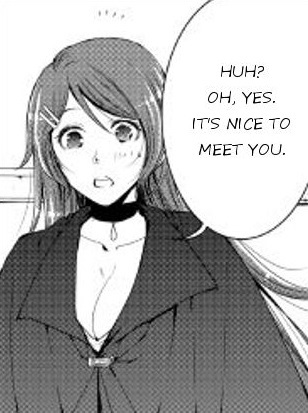 Yusuke! What's taking you so long?
Sun's neighbor and the one who wants Yusuke and Sun to hook up the most. 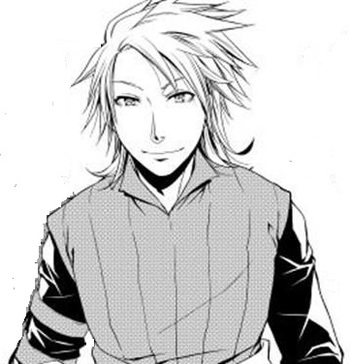 Don't let your guard down around him.
A self-proclaimed agent of Blue Garden spying on Rufu village. 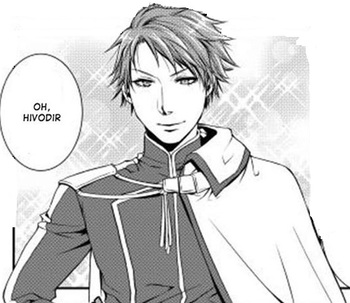 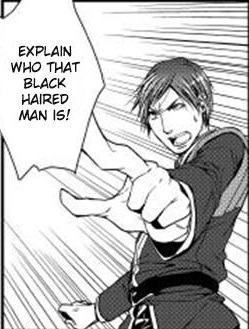 This is him on a good day.
One of the primary retainers to Princess Violet and King Esvobus. 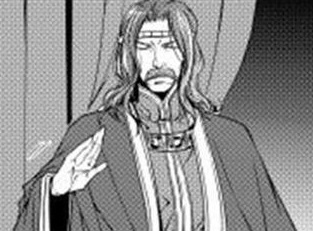 All Hail the King!

A wanderer from the kingdom of Gazetta. 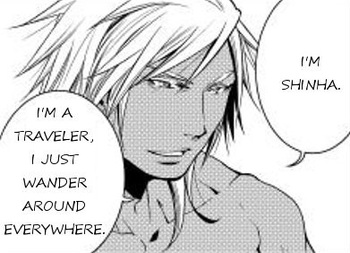 The Queen of Blue Garden. 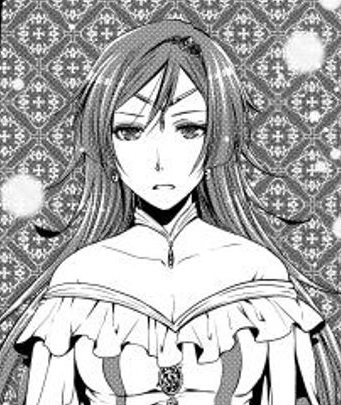 One of Zeshald's top students while he was in Blue Garden. 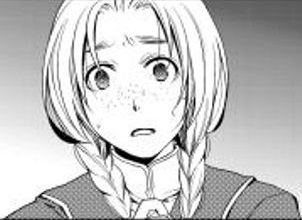 The Oracle of the White Clan. 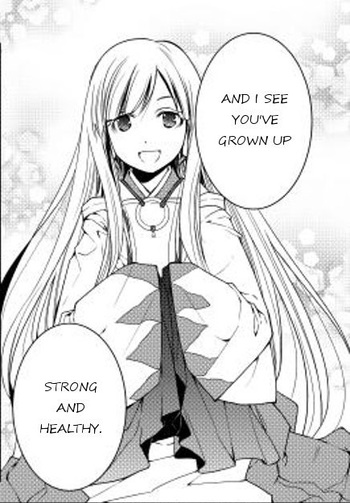 Valerie of the Flame Whip.

The titular ruler of Wind Edge and the Elfodoras family. In truth, she's just a figurehead, and she knows it.

A "powerless" slave belonging to Valerie.

Princess, I know a spy for Blue Garden
One of the two divinists who attacked Sun's father and Sun herself when she was a small child. He's been in hiding until Zeshald left for Blue Garden. Seeing that as his "golden opportunity" he approaches Princess Violet so he can go after Sun.

The leader of the military of Blue Garden. 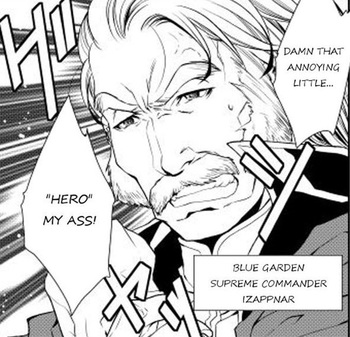 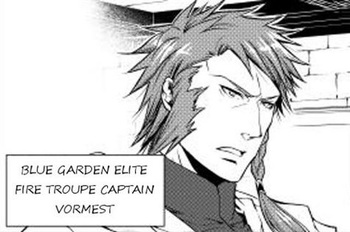 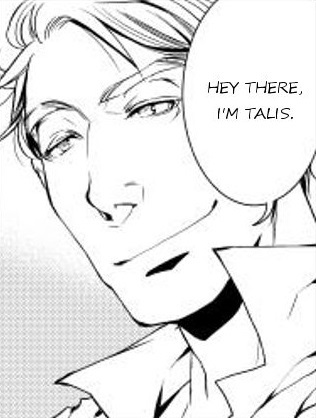 A villager who is presumably Sun's Childhood Friend.

An assassin formerly under the employ of Izappnar and Vormest. She comes under Zeshald's custody after her failed assassination attempt. 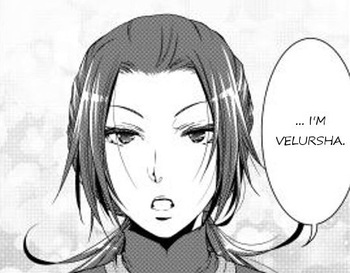 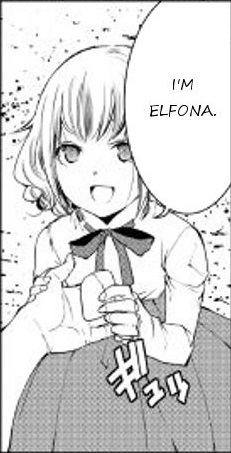 Let's collect nectar among the flowers.
A child soldier-assasin sent after the Dark God Squad to kill Yusuke.

The "Divine Council" of Nossentes 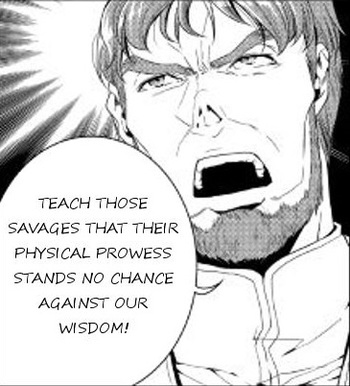 Behold, the "wise" leader of Nosente's "Divine Council."
The governing body of Nosentes. They were the first to abandon their posts when King Shinha infiltrated and conquered the Nosentes capitol... that was housed in a fortress originally taken from Gazetta in conquest.

Maybe a bit more planning was in order?
The leader of the assassin squad Nossentes foolishly sent after Dark God Corp.

The Wind Edge clan, also known as the Elfodoras family.

A criminal organization from Trent Rietta who want to take over the country, and then the world. 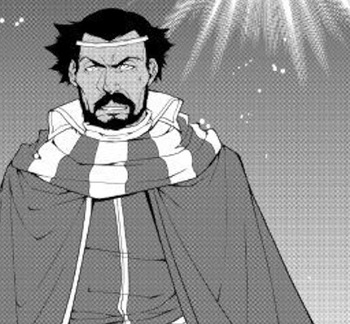 Damn that Fortress!
The financial manager of the organization, and one of the most pro-militant and radical. Deliberately responsible for the creation of a magial beast army. 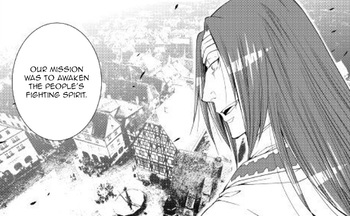 YES! Those "lazy" citizens have become so lively!
The general affairs officer of Wind Edge. 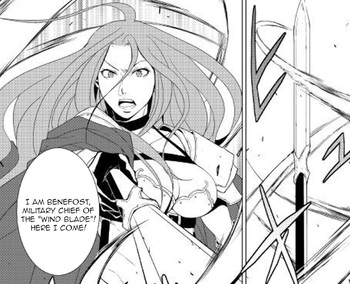 I can not stand down, or the lives lost in the fight will have no meaning!
The officer in charge of the military.

An unnamed noble who is a collaborator for Nossentes, and Rashasha's "employer." 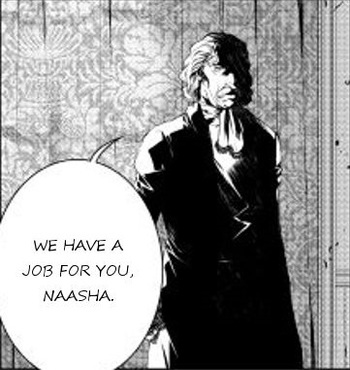 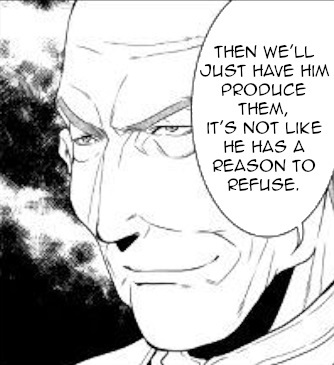 Yes, we'll have Yusuke create the very rival that brings him down! What an interesting idea!
A noble in Folcnac's palace adamantly opposed to Yusuke and the Dark God squad, jealous of his accomplishments, and looking to take him down by any means neccessary.