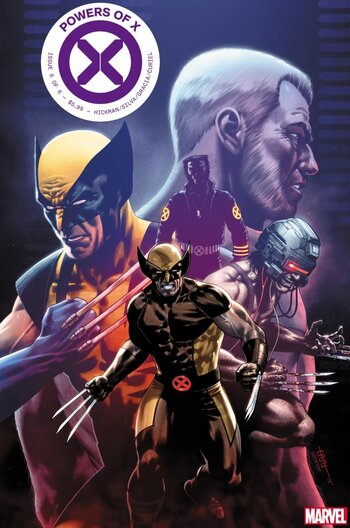 The best there is at what he does.

"If you really want to tangle with someone, why not try your luck against The Wolverine!"
— Logan in his first appearance, The Incredible Hulk #180
Advertisement:

The Breakout Character when talking about the X-Men, Wolverine, alias Logan, Weapon X, and James Howlett is a Canadian superhero with an impaired memory, a gruff personality, and claws coming out of his wrists. Long-lived, bad-tempered, and boasting of being "the best there is at what he does", Logan has starred in numerous comic, film, and television spin-offs.