Allied Soldier
This unnamed American operative is the original protagonist of the Wolfenstein series, starring in Castle Wolfenstein and its direct sequel, Beyond Castle Wolfenstein. In 1943, he was captured by Nazi forces on a mission, and brought to Castle Wolfenstein. Using a Mauser pistol given to him by a dying cellmate, he manages to sneak his way out of the stronghold with the plans to Operation Rheingold. Later in 1944, he is sent to infiltrate Adolf Hitler's bunker to assassinate him with a bomb placed outside his meeting room.
Advertisement:

Introduced in Wolfenstein: The New Order 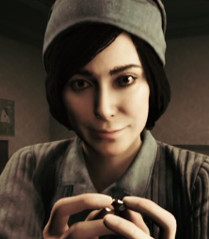 B.J.'s beloved mother, who did her best to raise her son to become a kind man despite her husband's toxic influence.
Billie 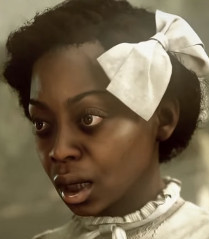 A girl B.J. met in his childhood, who he quickly befriended despite his father forbidding him from speaking to blacks.
Ronald Reagan 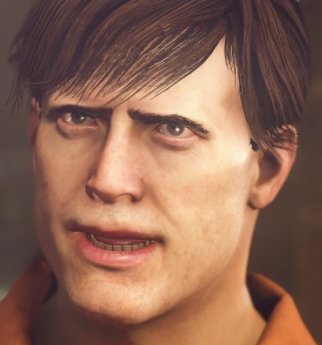 Yes, he's that Ronald Reagan. A TV-actor from Arizona, hoping to make his big break by getting a role in Adolf Hitler's new Propaganda Piece.
Advertisement:

Introduced in The Freedom Chronicles

A former professional quarterback enslaved and brutalised by the Reich, Joseph Stallion's public display of defiance against his fascist oppressors led to his internment at Research Station Omega in Springfield, Illinois - under Uberkommandant Roderick Metze, an American dentist turned Nazi collaborator. But Joe was not a man to be caged; he broke free and escaped the facility to pursue bloody revenge.

This British former agent of the Office of Strategic Services has spent years fighting the Nazis from the shadows. Her latest venture takes her across the world and beyond in search of the men responsible for the death of her husband Jack. Will she be able to find and assassinate her latest target?

A former US Army Captain renowned for his deeds during the war, Gerald "Jerry" Wilkins had been reduced to hiding from the Nazis in the ruins of Manhattan, on a mission to destroy the Nazis' latest superweapon: the Sun Gun. His quest takes him to the Nazi bunkers of Kodiak Island, Alaska. Can he infiltrate the bunkers and destroy the prototype weapon before it can be used against innocent Americans?