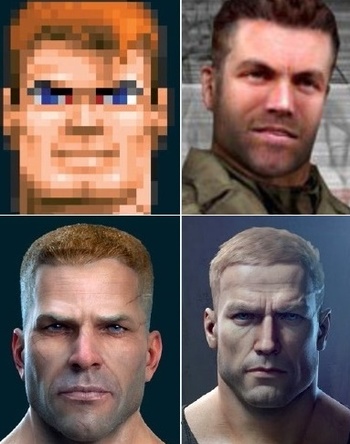 An OSA agent, Blazkowicz is the main protagonist of the saga. He differs in appearance through various continuities (original 3D universe, Return to Castle Wolfenstein, Wolfenstein RPG, and the timeline of the 2009 game, The New Order\The Old Blood and The New Colossus), but the majority of his traits remain the same.