As a whole
Prince Sky 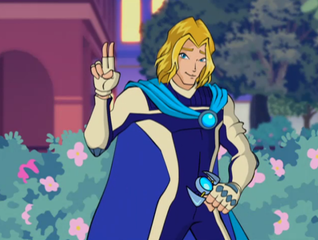 Played by: Danny Griffin in Fate: The Winx Saga

Prince/King Sky is one of the Specialists of Red Fountain, school for warriors.

For the first several episodes, Prince Sky poses as Brandon, in order to avoid attempts on his life by assassins sent by enemies of Eraklyon, during which time Bloom falls in love with him, and he falls in love with Bloom. Despite being royalty, Sky doesn't seem very happy about it until he met Bloom. 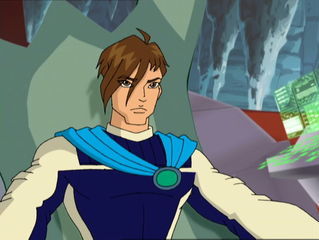 Brandon is one of the Specialists of Red Fountain, school for warriors.

For the first several episodes, Brandon poses as Prince Sky, under orders by the King and Queen of Eraklyon to protect Sky from possible attempts on his life by enemies of the kingdom. Stella fell in love with him, thinking he was a prince, and was very upset when she found out he was just the squire. Likely, while Stella was certainly upset that he was not a prince, she was more upset that she was lied to. She has forgiven him since, though, and the two now seem very much in love. 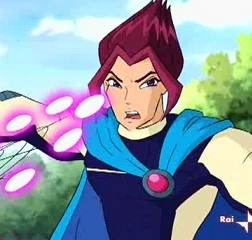 Played by: Freddie Thorp in Fate: The Winx Saga

Riven is one of the Specialists of Red Fountain, school for warriors.

Riven does not get along easily with the other Specialists, preferring to do things his own way, and not appreciative of any help he may get. When dating Darcy, he's even more upset with everyone else than usual, and a real danger to the Winx girls and the other Specialists.

Musa has a crush on him, but he's very awkward around her, obviously having no clue how he's supposed to treat a girl. 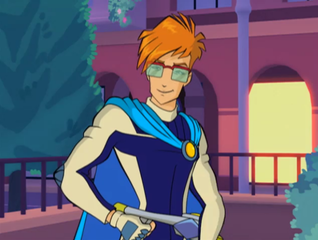 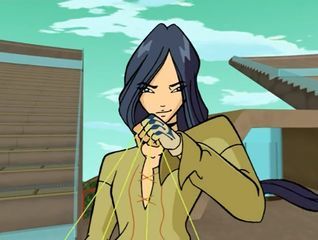 Helia is Saladin's grandson or nephew, depending on the version. He is an art student. He's also a pacifist, and does not believe in fighting. He likes Flora and has put aside his pacifist ways to save her. He's not willing to do so for anyone else, though. 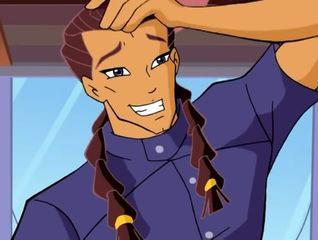 Nabu is a wizard from Andros, and Aisha's arranged fiancé. Although at first he refused to marry Aisha, he quickly fell in love with her after even talk to her. 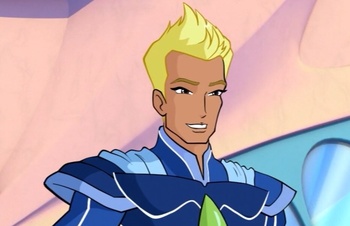 Roy is a Specialist from Andros and an assistant to Aisha's father. He is introduced in season 5. At first, he serves as a yacht driver for the Winx (until they learn how to drive it themselves), but afterwards he sticks around and helps the group while courting Aisha, who he has a crush on. By the end of season 5, she seems to reciprocate his feelings. But it doesn't work out for him in the end, because next season she falls in love with Nex. 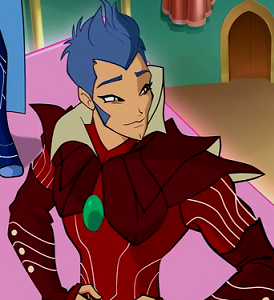 Nex is a Paladin (similar to a Specialist) and friends with Sky's cousin Thoren. He's introduced in the third episode of season 6 as a rival to Roy for Aisha. Like her, he's competitive and loves sports. Halfway through the season, he and Aisha start to bond with each other. Nex ultimately wins the Love Triangle.