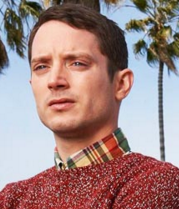 Ryan is a troubled 30-something former lawyer living alone in LA. In the first episode of the series, Ryan attempts and fails at committing suicide, but finds a reason to live the next morning when he forms a bond with his neighbor's dog, Wilfred. While everybody treats Wilfred like a normal dog, Ryan sees him as a man in a dog suit, whom he spends a majority of his time with shirking career-related responsibilities and getting high in his basement. 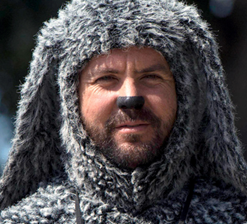 Wilfred is Jenna's dog, whom Ryan talks to and sees as a man in a dog suit. He and Ryan spend a majority of their time getting high in Ryan's basement, though whenever they're dealing with life's problems, Wilfred will almost assuredly make things much worse than necessary for his human companion. Despite this, Wilfred gives Ryan decent advice about how he should be living his life, which Ryan usually ends up giving into following by the end of each episode. 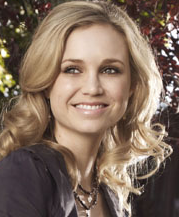 Jenna is Ryan's next door neighbor and Wilfred's owner. She spends a lot of her time on the job, covering the news, so it's Ryan's responsibility to look after Wilfred while she's gone. 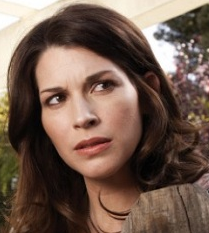 Played by: Dorian Brown
"You've had a rough morning? Try prying twin boys out of a tight little Asian gal— she wasn't Asian-American, Ryan! She was real Asian!''"

Kristen is Ryan's older sister who resents his responsibility-free lifestyle. Her crass personality comes from her general unhappiness with her job and failed marriage. 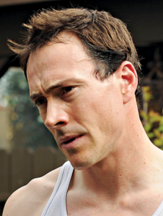 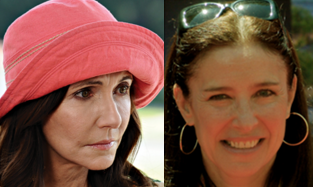 Catherine is the mother of Ryan and Kristen whom their father, Henry, had committed to a sanitarium when the kids were young. Ryan reconnects with her and visits her at least once a month. 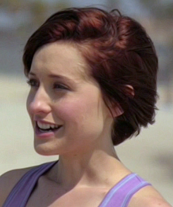 Played by: Allison Mack
"[...] Everyone in the office already knows I am a total sex addict. And see, I have this edgy sense of humor, which sometimes crosses the line — like right now for instance."

Amanda is Ryan's co-worker and girlfriend throughout season two. She worked as a biochemist for a company seeking to develop a cure for lung cancer.

Played by: James Remar
"I'm not the bad guy, Ryan."

Henry is Ryan's stern father who pressured him into getting a job in law when he was young. Ryan believes he is controlling and uncaring, and resents him for what he considers forcing him into a job as a lawyer and putting his mother in a sanitarium when he was just a kid.