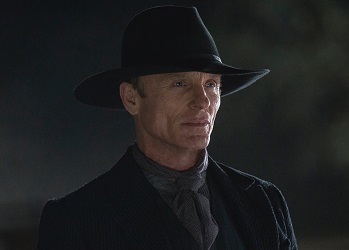 "You know, I always felt this place was missing a real villain. Hence my humble contribution." 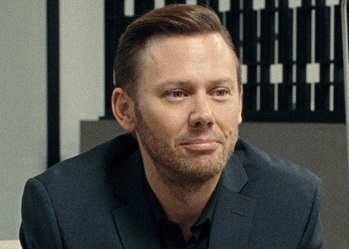 "Everybody wants a little bit of what I found here. And I can't wait to use you and every one of your kind to help give it to 'em." 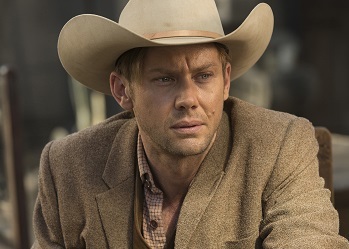 "I've been pretending my whole life. Pretending I don't mind, pretending I belong."
Portrayed By: Ed Harris (old William) & Jimmi Simpson (young William)
"No one else sees it. This thing in me. Even I didn't see it at first. And then one day, it was there. A stain I never noticed before. A tiny fleck of darkness. Invisible to everyone but I could see nothing else. Until finally I understood that the darkness wasn't some mark from something I'd done, some regrettable decision I'd made. I was shedding my skin. And the darkness was what was underneath. It was mine all along."

William, also known as the Man in Black, was a reluctant first-time visitor to Westworld, joining his future brother-in-law, Logan Delos. Initially dismissive of the park's more lascivious attractions, he slowly uncovered a deeper meaning to the park's narrative. He later became a rich, sadistic Westworld guest searching for a "deeper level" in the park. Outside of the park, he is married to the daughter of Delos corporation creator James Delos, is a board member of Delos, and has achieved prominence as the owner of a medical foundation.