The main characters of Westworld.

Warning: Only spoilers from Season 3 are whited out. 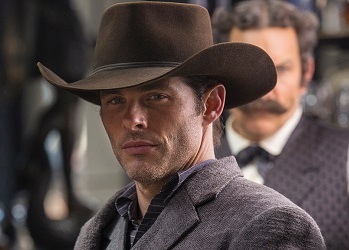 A handsome transient with a quick draw and a dark past, Teddy is a mysterious host who longs for a simpler life. 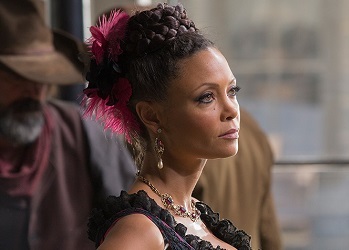 "All my life, I've prided myself on being a survivor. But surviving is just another loop."
Portrayed By: Thandie Newton
"You think I'm scared of death? I've done it a million times. I'm fucking great at it."

Elusive, seductive, and tough as nails, Maeve is the host madam who runs the Mariposa Saloon. 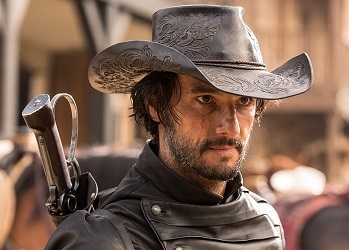 "No matter how dirty the business, do it well."
Portrayed By: Rodrigo Santoro
"Problem with the righteous: they can't shoot for shit."

A wanted criminal with a bounty on his head, Hector is a ruthless host with even darker theories about life in the Wild West. 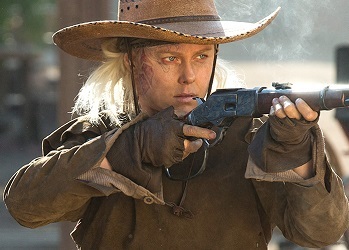 "The Gods are pussies."
Portrayed By: Ingrid Bolsø Berdal
"The only thing she's ever mounted are dead heads on sticks."
— Lawrence

A mean shot and Hector's right hand bandit; wherever Armistice is found, danger is soon to follow. 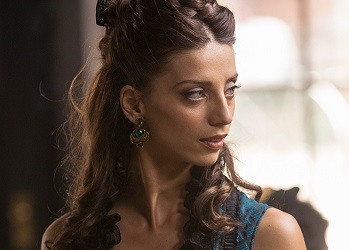 "I'm gonna get my family out of the desert. We're gonna go somewhere cold. Someday."
Portrayed By: Angela Sarafyan

Clementine Pennyfeather is one of the beautiful hosts found at the Mariposa saloon, perfectly attuned to the desires of the guests that step within its doors.

For the "new" Clementine, see the Hosts page 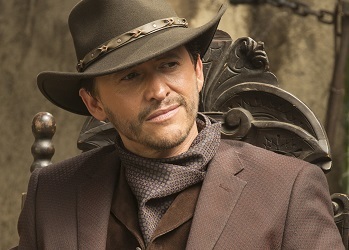 "How is it the lunatics always find their way to me?"
Portrayed By: Clifton Collins Jr.
"In Pariah, justice ain't just blind, she's crooked. Bitch's scales are always tipped. If you don't see how, well, that's 'cause they're tipped against you."

A slippery criminal wanted for misdeeds across the West, Lawrence is a host with mysterious potential for more than just mayhem. 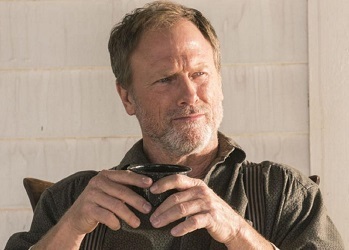 The father of Dolores Abernathy and a host in Westworld, situated a short distance from Sweetwater. He spends most of his days looking after the herd on the local farm.

For the "new" Peter Abernathy, see the Hosts page 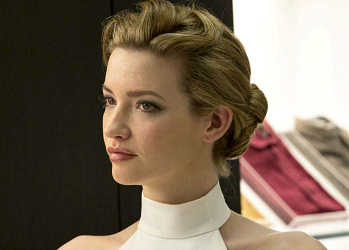 "All our hosts are here for you. Myself included."
Portrayed By: Talulah Riley
"The only limit here is your imagination."

Formerly a greeter/concierge who preps guests for entry into Westworld. Thirty years later she's given the role of a top member of Wyatt's followers. 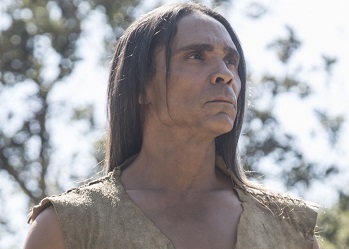 "This world. It's wrong. It's not the world we belong in."
Portrayed By: Zahn McClarnon
“My primary drive was to maintain the honor of my tribe. I gave myself a new drive... to spread the truth.”

Akecheta is a host nearly as old as Westworld itself. He was among the first hosts to coax Logan to invest in the park before being reprogrammed as leader of the Ghost Nation warriors. 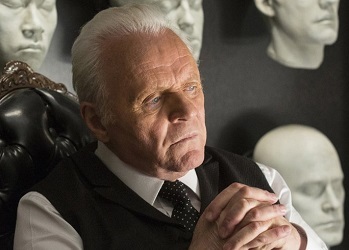 "You can't play God without being acquainted with the devil."
Click to see a young Robert Ford. 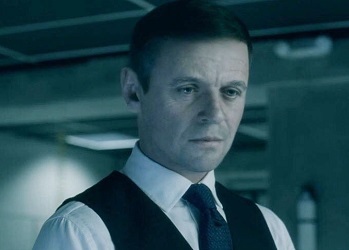 Portrayed By: Anthony Hopkins & Oliver Bell
"Evolution forged the entirety of sentient life on this planet using only one tool: the mistake."

The Park Director of Westworld, the hosts are Dr. Ford's creations and the park is the execution of his vision.

Portrayed By: Jeffrey Wright
"Our hosts began to pass the Turing test after the first year. But that wasn't enough for Arnold. He wasn't interested in the appearance of intellect or wit. He wanted the real thing. He wanted to create consciousness."
— Dr. Robert Ford 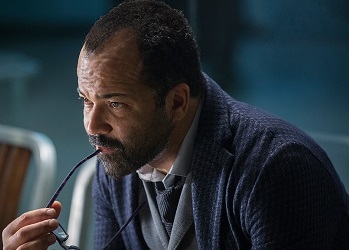 "The longer I work here, the more I think I understand the hosts. It's the human beings who confuse me."
Portrayed by: Jeffrey Wright
"I suppose self-delusion is a gift of natural selection as well."

The head of Behavior and a programming specialist at Westworld, Bernard uses his extensive skill and experience to address host issues. 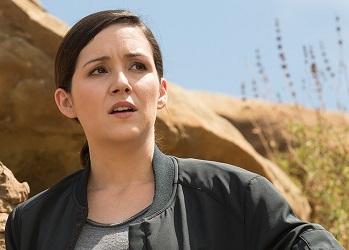 "I always trusted code more than people anyway."
Portrayed by: Shannon Woodward
"Dreams are mainly memories. Can you imagine how fucked we'd be if these poor assholes ever remembered what the guests do to them?"

Elsie is a quick-witted Behavior tech who is as tenacious as she is smart. 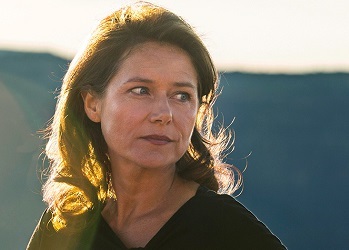 "Wouldn't want anything disturbing our guests from their rape and pillage."
Portrayed By: Sidse Babett Knudsen
Bernard Lowe: If it's one of mine, I might be able to help.
Theresa Cullen: They're only yours until they stop working, Bernie. Then they're mine.

Theresa Cullen prevents Westworld from falling into unscripted chaos as head of Quality Assurance, the department in charge of park standards and safety. 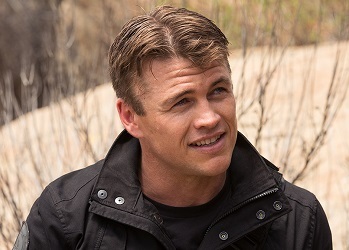 "You don't have kids at home, do you, Bernard? If you did, you'd know that they all rebel eventually."
Portrayed By: Luke Hemsworth 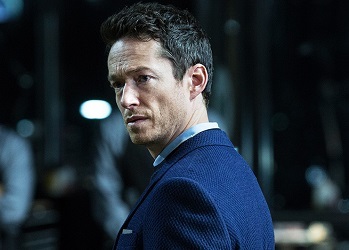 "This place works because the guests know the hosts aren't real."
Portrayed By: Simon Quartermain

Lee Sizemore runs Narrative at Westworld, and with a natural flair for the dramatic, crafts the many storylines that the guests come to enjoy. 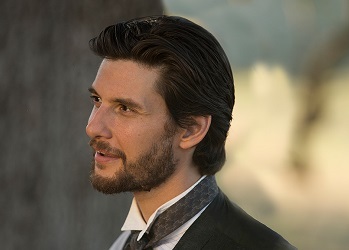 "There is no such thing as heroes or villains. It's just a giant circle jerk."
Portrayed By: Ben Barnes
"I know that you think you have a handle on what this is gonna be. Guns and tits and all that. Mindless shit that I usually enjoy. You have no idea. This place seduces everybody eventually."

An uninhibited young businessman and frequent Westworld guest, Logan makes the most of his visits. 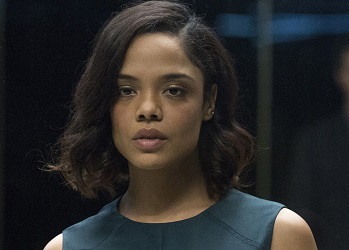 "This place, the people who work here, are nothing."
Portrayed By: Tessa Thompson
"Our interest in this place is entirely in the intellectual property. The code."

Charlotte Hale is the Executive Director of the board (and later interim CEO) of Delos Destinations, Inc. 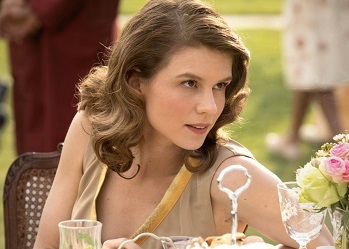 William's daughter, who was in fellow Delos park The Raj at the time of the host rebellion. 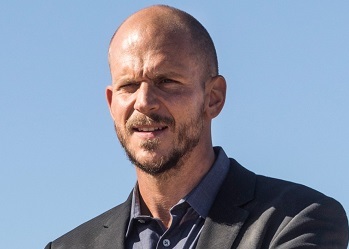 "Some say you destroy your enemy by making them your friend. I'm more of a literal person."
Portrayed By: Gustaf Skarsgård

Karl Strand serves as Head of Operations at Delos Incorporated and uses his authority to run things his way — with no empathy for the hosts. 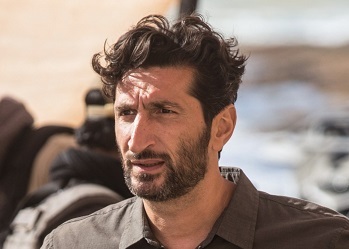 Antoine Costa is a detail-oriented Delos tech. He assists Karl Strand in accessing hosts’ memories for information on the uprising.

A former soldier and a blue-collar worker unsatisfied with his lot in life who looks to change the society that put him on the bottom rung.

A shadowy figure with vast resources, Serac is one of the architects of Rehoboam.