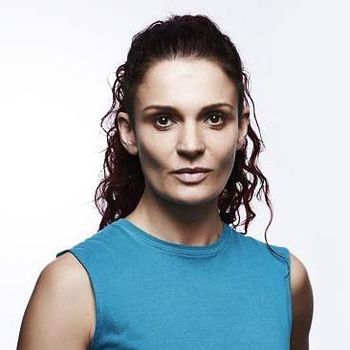 "You don't run this prison. I do."
Played by: Danielle Cormack
Seasons: 1-4

Bea is the main protagonist of Wentworth, initially sent to the prison on remand for several charges, including GBH and attempted murder. Whilst adjusting to prison life, Bea makes both friends and enemies, and her worst mistake is angering then-Top Dog Jacs Holt. Bea soon finds herself in a fight for her life. 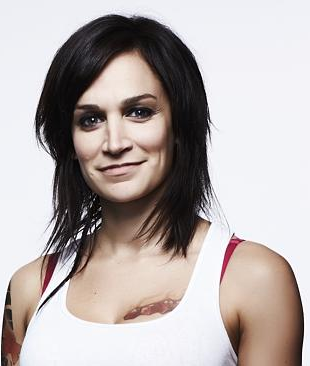 "You ain't missing us, are ya?"
Played by: Nicole da Silva
Seasons: 1-6 (regular cast) 7 (guest appearance)

Franky is a hotheaded yet lovable lesbian who was sentenced to seven years at Wentworth for assaulting a Jerkass TV presenter on-air. In season one, she is battling Jacs Holt for the position of Top Dog, a position which she has gained by season two. Despite her high aggression and hormones, Franky is an intelligent woman who studies Law in her spare time. That is, unless she's flirting with female members of the staff... 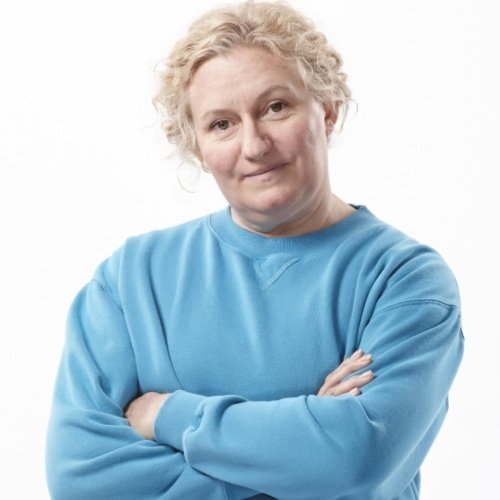 "I'm looking after the girls."
Played by: Celia Ireland
Seasons: 1-7

Liz is the peer-worker at Wentworth, sentenced to eleven years for the manslaughter of her mother in-law. Liz is mainly seen as a mother figure to the other women, trying always to maintain peace and keep trouble to a minimum, making her a middle-man of sorts between the officers and prisoners. Despite her good intentions, Liz is a recovering alcoholic, and wherever temptation shows its ugly head, so does Liz's chaotic side. 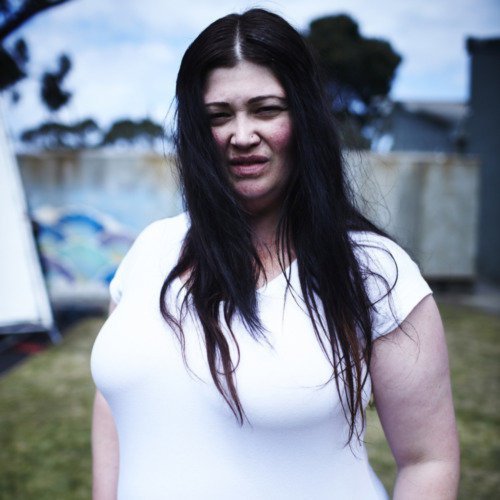 "They call me Boomer because I am always coming back."
Played by: Katrina Milosevic
Seasons: 1 (recurring cast) 2-present (main cast)
Doreen 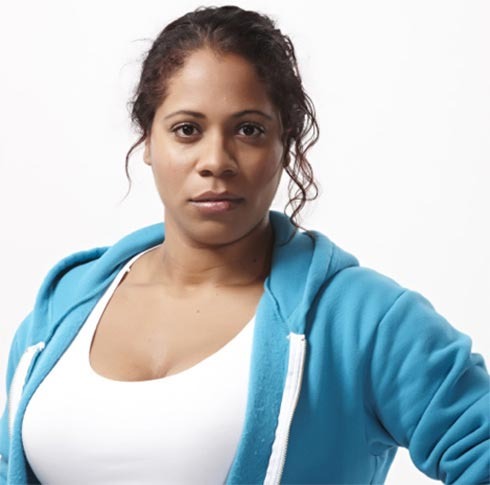 "I may be in here but I still have rights."
Played by: Shareena Clanton
Seasons: 1-5

Doreen is a happy-go-lucky woman who, despite her tough background and sentencing, always tries to look on the bright side of things. Prior to her conviction, Doreen was a hardcore partier, acting recklessly even whilst heavily pregnant, leading to a tragic accident where she lost both her baby and freedom. Inside Wentworth, Doreen is a popular inmate and, like Liz, does her best to take care of the other women.

"I'm a woman, and I always have been."
Played by: Socratis Otto
Seasons: 2-5
Maxine is a male-to-female transgender woman sentenced to three years at Wentworth for stabbing her boyfriend. She had good reason, mind you. After finding her feet and standing up to the more judgmental officers / inmates, Maxine becomes an accepted member of the prison and frequently serves as both Bea's henchwoman and conscience. 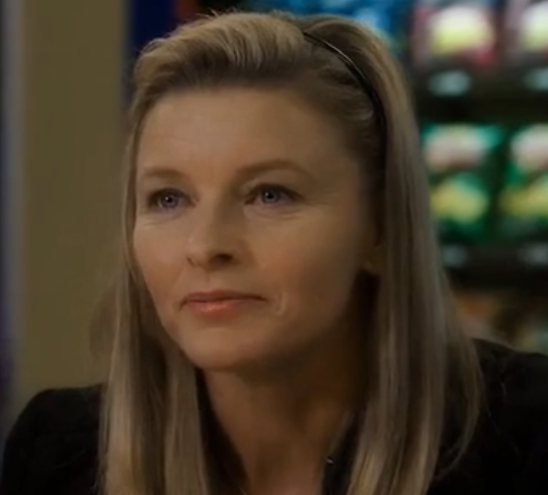 Kaz is a keen supporter of Bea Smith first introduced in season three, when Bea is leaving court and met by a crowd of supporters led by Kaz. She is later revealed to be the leader of a violent vigilante group called The Red Right Hand who fight crimes (specifically, violence against women) on Bea's behalf. Bea soon invites Kaz to visit her at Wentworth and their stories develop.

"I always thought you'd do your own dirty work."
Played by: Kate Jenkinson
Seasons: 4-present
* Left for Dead: In the season 8 finale, after being stabbed repeatedly by Judy. Given that we see her catch a glimpse of rival Lou, making her think it was Lou who attacked her, it's unlikely she actually is dead at this point.
Rita 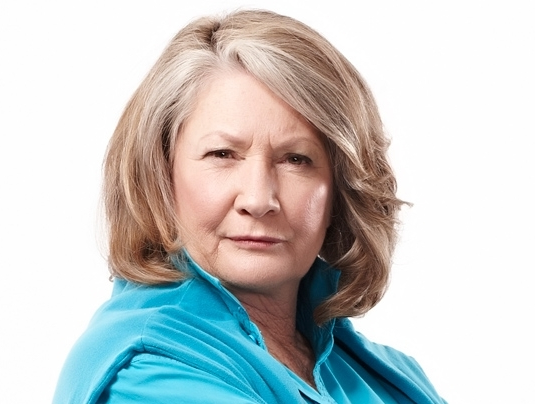 "They think it takes a strong woman to rise to the top in here but it doesn't. It takes a smart one."
Played by: Kris Mcquade
Seasons: 1
Judy 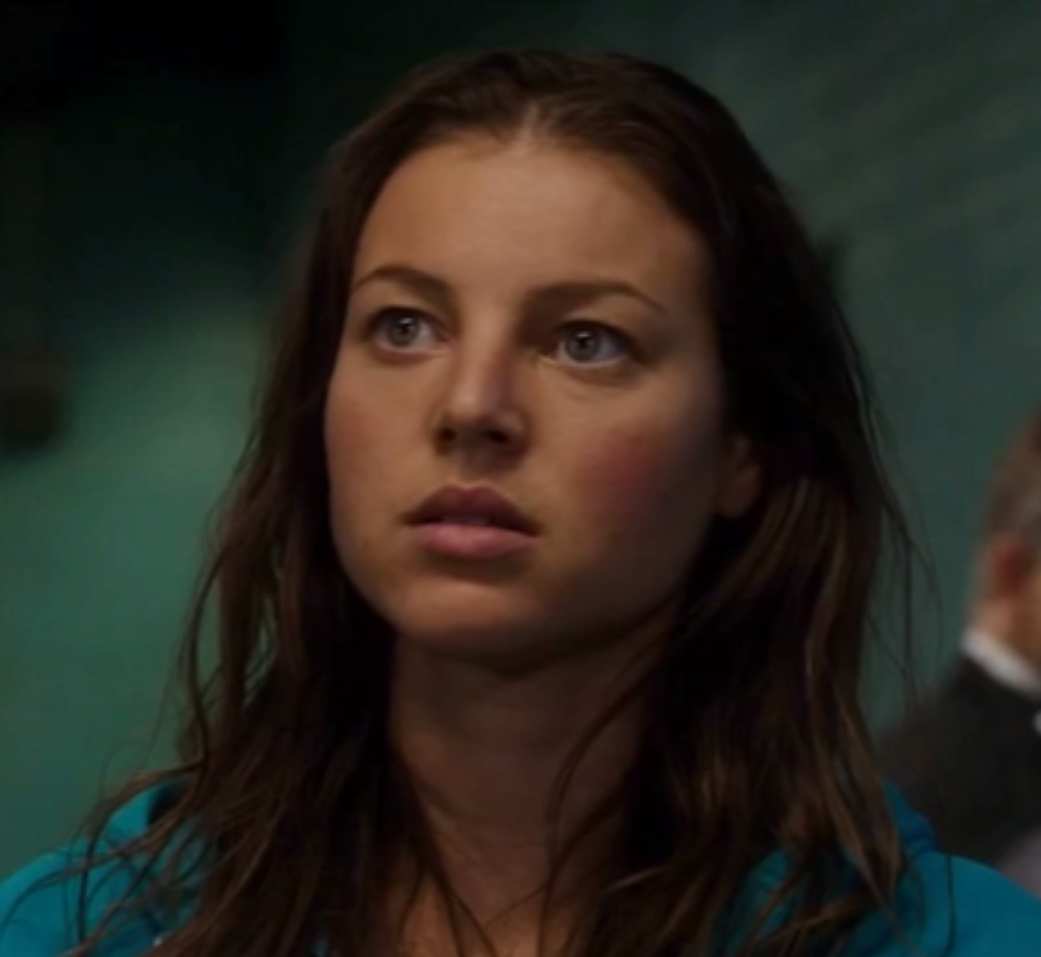 Jess is a nineteen-year-old offender sentenced to five years for assault. Her prison documents are classified due to a previous conviction; she was charged with infanticide but later released as another killer was supposedly found. Jess is very sweet and calm on the outside whilst very sly and smart on the inside, knowing exactly how to use people to achieve her ambiguous goals. 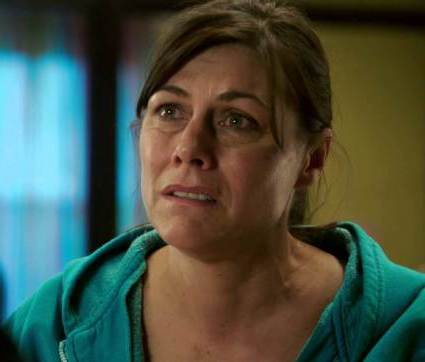 "Her days as top dog are numbered."
Played by: Ally Fowler
Seasons: 1-2
Kim 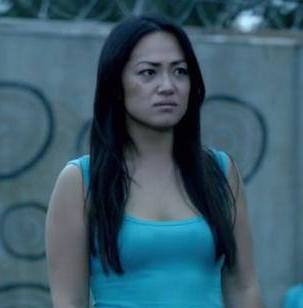 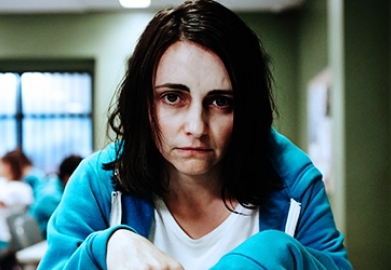 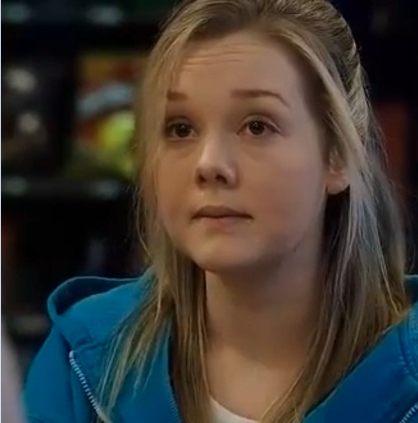 "No matter what happened when I was a kid, I'm an adult now."
Played by: Edwina Samuels
Seasons: 2-3
Toni 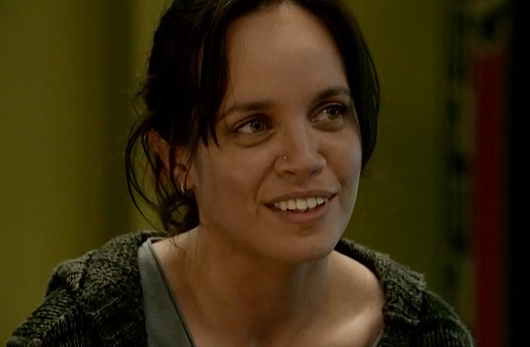 "Finish what you start."
Played by: Sally-Anne Upton
Seasons: 3-6
Sky 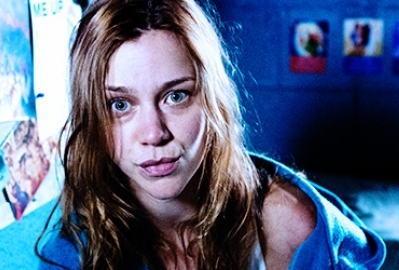 "I'm going to fly over that wall and leave this shithole!"
Played by: Kathryn Beck
Seasons: 2
Kelly 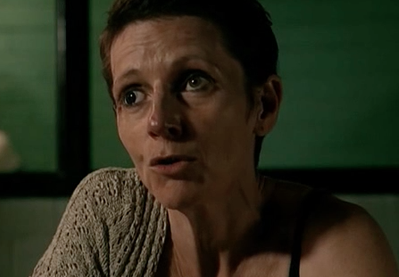 "Jesus, Kelly! I thought that was my name for a while: Jesus Kelly!"
Played by: Christen O'Leary
Seasons: 2
Lindsay

"We don't have to do this."
Played by: Kasia Kaczmarek
Seasons: 2-3
Stella

"You can piss your pants for all I care."
Played by: Bessie Holland
Seasons: 2-6
Tina 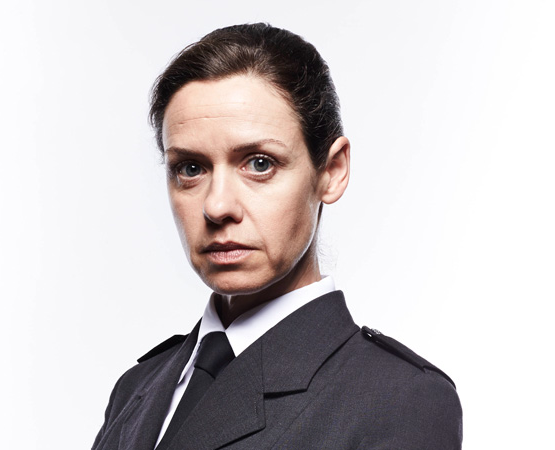 "I've done things I'm not proud of. And I hope that this makes up for some of it."
Played by: Kate Atkinson
Seasons: 1-present
Always the deputy, never the governor except in season four. Vera Bennett began as a sympathetic character who only wanted what was best for both the women and the officers, a sadly-naive train of thought for the cruel world of Wentworth. After spending her entire life being hassled and bullied by her domineering mother, Vera has become an awkward loner, but is also very proficient with everyday tasks, making her an efficient deputy at the prison. However, Vera can only suppress her emotions and tolerate bullies for so long...
Joan 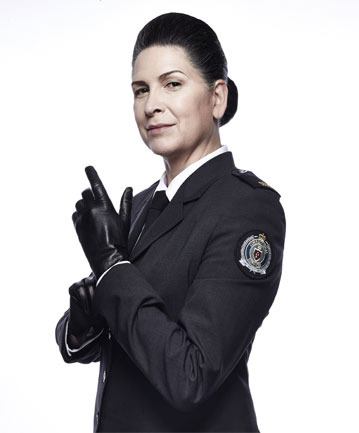 "We exist to correct."
Played by: Pamela Rabe
Seasons: 2-5; 8-present (main cast) 6-7 (guest appearance)
Joan Ferguson is introduced in season two as the new governor following the abrupt departure of Erica Davidson. Determined to make Wentworth a better place, Ferguson is quick to inaugurate a stricter system within the prison, keen to remove all drugs and reduce recidivism. What the inmates won't be expecting, however, is the lengths Ferguson will go to ensure the prison remains under her complete control...
Erica 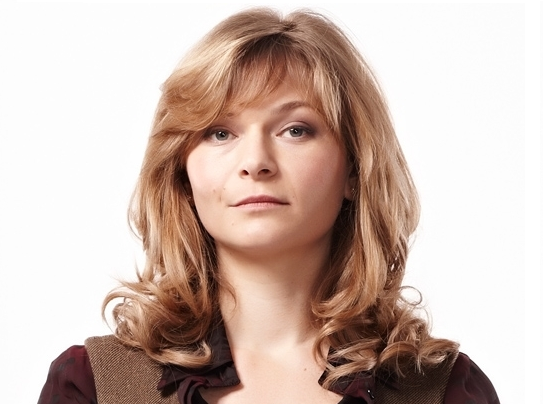 "I can mediate, strategise, communicate and manage. This is experience you don't get from patrolling a compound..."
Played by: Leeanna Walsman
Seasons: 1
Will 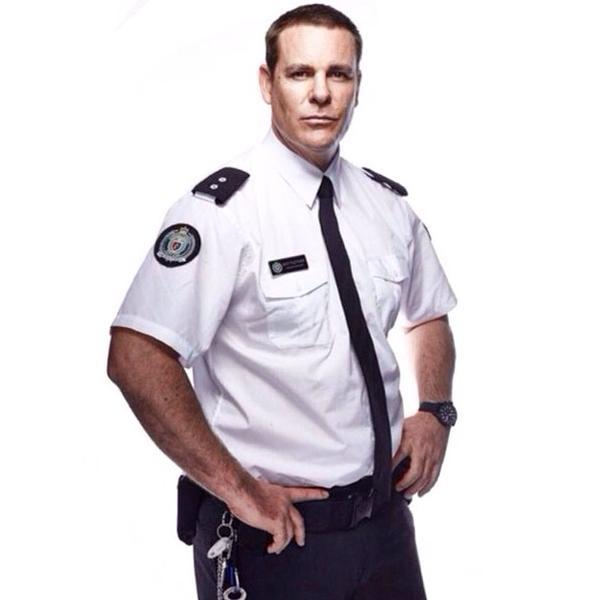 "You think everyone in here is the victim, but they know right from wrong. They just don't give a shit."
Played by: Aaron Jeffery
Seasons: 1-3
Meg 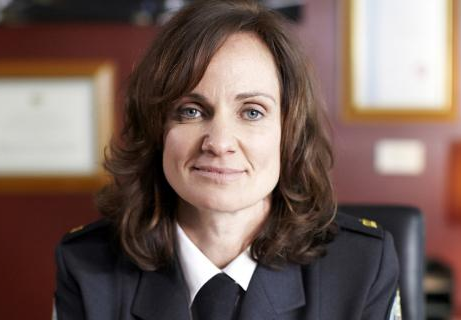 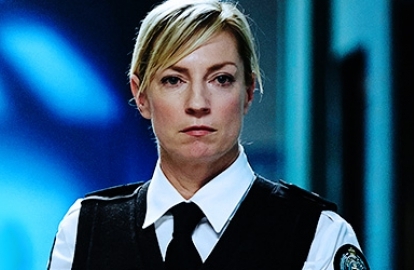 "The women are already on edge."
Played by: Jacqueline Brennan
Seasons: 1-present
Derek 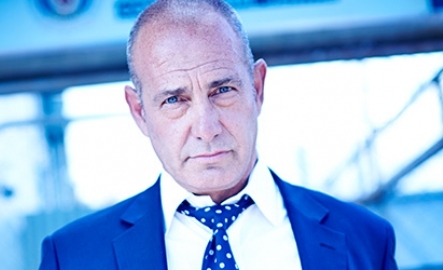 "I will do everything in my power to make sure the truth comes out."
Played by: Martin Sacks
Seasons: 1-6
Bridget 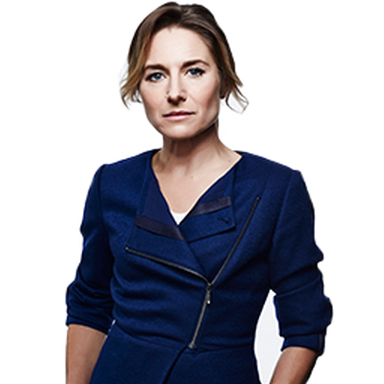 "I'm gonna help you get out of here."
Played by: Libby Tanner
Seasons: 3-6
Rose

Played by: Scott Parameter
Seasons: 1-3
"Do you smoke?"
Nurse Radcliffe 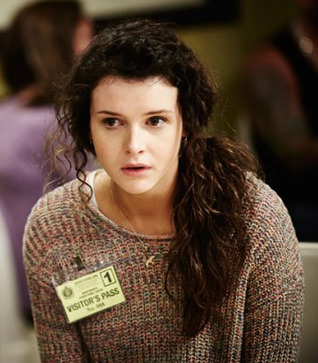 "I love you, Mum."
Played by: Georgia Flood
Seasons: 1-2
Brayden

"My mum's in here too."
Played by: Reef Ireland
Seasons: 1-2
Vinnie

"I fucking love you, Doreen!" 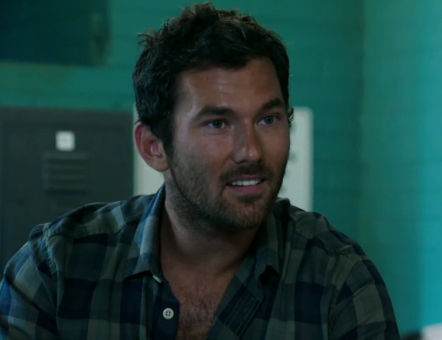 Nash is an inmate from Walford prison. He and a group of Walford inmates are sent to Wentworth to help the women with a garden project orchestrated by Ferguson, during which Nash falls in love with Doreen and begins a secret relationship with her. 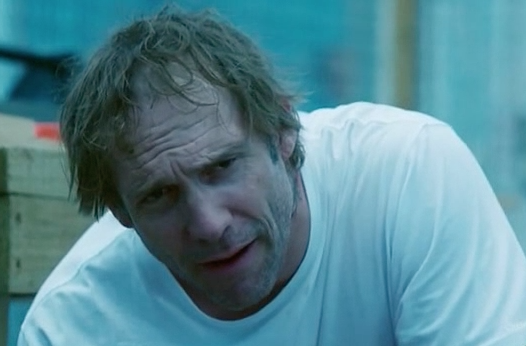