Characters / Welcome To Beacon Next

Characters for The Hail Stormer's roleplay, Welcome To Beacon Next. Beware of spoilers! 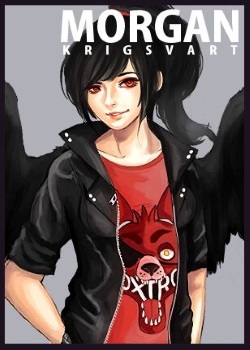 The adopted daughter of Lucas Krigsvart and Carol Jade, Morgan Vera Krigsvart is a perky 17 year-old Raven Faunus who intends to live life to the fullest. She ends up partnered with Iris Aurion, and intends to pull the shy girl out of her shell. 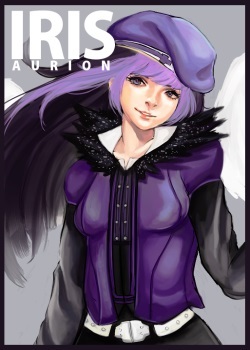 The falcon Faunus daughter of Stormer Aurion and Chiharu Yamamoto, Iris is a shy, introverted 17 year old who loves to compose techno music. Bullied when she was younger for being a Faunus, she became cowardly, gained a crippling lack of self-confidence, and became unwilling to make friends with her peers out of fear of being mocked again.

However, inspired by her father's heroism and bravery as a Huntsman, she decided she wanted to become a Huntress to defend the kingdoms just like her ancestors before her. Fresh out of Signal Academy, she enrolled in Beacon to become stronger and braver, and to honor her family's heritage and make her parents proud of her. She's partnered with Morgan Krigsvart, who she considers to be the nicest person she's seen outside of her family in a long time. 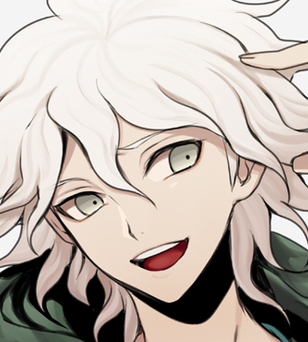 "A Remington is a protector first and foremost."
Played by: Fergard Stratoavis
Character Sheet

A complete opposite of Hope Remington, Ragnaros Remington(Raggy for short) is a boisterous, loud and ambitious youth with a temper as hot as the depths of the volcano. Here to fight a good fight and enjoy himself doing so, he sets out to Beacon on his mother's suggestion.

A normal 19 year old youth, very little is known about the past of this human boy with only rumors of conflicting nature being the closest thing most would know. Some say he's from a family of nobles and wealth, sent to Beacon to show off his hidden talents...while others say the exact opposite and claim his family sent him to the Academy, wanting the best life for their son. Either way, his past and who he really is remains a mystery for now. 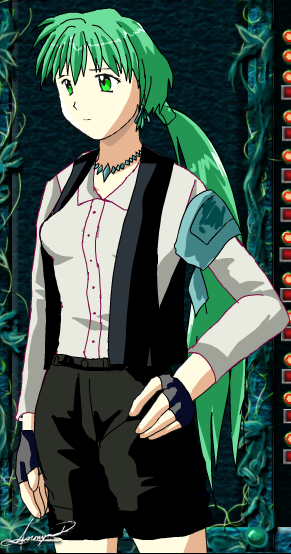 "I came here so I can protect myself. To make sure I don't feel helpless again."

Born into a family of nobles, Dia was a cheerful girl who led a sheltered lifestyle, and was a frequent target of kidnappers. Her crystal-generating semblance manifested at an early age, and this made her sought after by various criminals. Throughout her life, many kidnappings had broke her. No longer was she the happy girl she used to be, but a rather cold natured teenager who chose to hide her feelings and trauma. Furthermore, it made her rather prideful and bossy towards close ones- in reality, she wants to hide the feeling of weakness/helplessness that she had.

However, these incidents also inspired Dia to become a Hunter- to protect herself, as well as to protect others from suffering her fate. After learning about what the hunters could do, as well as their awesome weapons, Dia got her parents' consent and money to get parts for her weapon made and to hire a Hunter to train her in private. Under his special training, she learned how to use her Semblance for combat purposes- the very same Semblance that got her kidnapped would now be used to protect her.

A few years later, Dia enrolled in Beacon Academy- to learn how to be a Hunter, to move out of her sheltered world, and to find friends/partners who can protect her. She may appear to be a polite lady on the outside, but on the inside... she has many insecurities about herself and others.

An 18-year old delinquent from downtown Vale. In a moment of poor impulse control, he stole an SDC truck and took it for a joyride. However, his fun turned into tragedy when it tipped over in a turn and got a Good Samaritan hospitalized.

That do-gooder also happened to be the test pilot of a government program that would revolutionize Hunter performance. Suffice to say, they weren't happy.

So they approached Gage with a choice; take the weapon and the candidate's place in Beacon or they would press charges and Merrick Gage would never see the light of day as a free man for a long time.

Not much of a choice, but he always was a believer in karma. A week or so later would see him on an Airbus to Beacon and his new calling. Whether or not he'd make the grade? Well, that's all on him.

Note: Do not add Grimm that have already been seen in canon RWBY. Add sheets for original Grimm only from the roleplay, specifically ones that have appeared or have been mentioned in the RP proper, as that implies their actual existence beyond the discussion page.
Gigabolt
A large Portuguese Man-of-war-like Grimm that lives in the oceans. One is located in the Aquarium of Vale. A description can be found here.

Knifehead
A hammerhead/sawshark hybrid-like Grimm that lives in the oceans. One is located in the Aquarium of Vale. A description can be found here.

Fathom
A huge stingray-like Grimm that lives in the oceans. One is located in the Aquarium of Vale. A description can be found here.

A transfer from Belltower Academy, the (in)famous finishing school for aspiring young officers in Vale's army. While most choose to continue their education in the Command and Staff College, Mint applied to Beacon to further her training as a Huntress and enter the army as a Specialist, an elite fighter outside the chain of command. Her credentials are sketchy but she is a hard worker and very team-oriented. Her social skills are a little on the rusty side.

Tezca is a member of the Atzuhi tribe- a clan of Jaguar Faunus that settled close to the jungles of Mistral. After receiving an offer from Beacon Academy, he came to Vale in order to become a better hunter. His semblance is called Black Blade, and allows him to summon black knives made of his own aura

Mefus is Cyanea Sullivan's adopted daughter. Her semblance is Aroma which means she can replicate any smell she's herself has experience and is immune to the negative effects of the smell.