Warrior Cats Main Character Index
ThunderClan (Leaders and Deputies | Medicine Cats | The Three and Their Allies | Warriors and Apprentices | Other ThunderClanners) | ShadowClan | RiverClan | WindClan | SkyClan | Tribe of Rushing Water | Others | Dawn of The Clans
"Only some leaders and medicine cats are remembered by the Clans. Their names cast long shadows over the forest; their deeds—good or evil—are told and retold by each generation until they pass from history to legend. Of the others, the ones whose names and deeds have been forgotten or, in some cases, banished from living memory, only StarClan knows."
—Secrets of the Clans

There have been many ThunderClan medicine cats in the Warrior Cats series, and each has fulfilled their duty as both Clan healer and emissary of StarClan. This page lists those heroes.

"Unite or die! Don't you remember the Great Battle? The spirit-cats told us afterward that we could not live without each other."

The first medicine cat of ThunderClan. A tom. Also see his entry under Cloud Spots here.

"I cannot let you lie to our Clanmates! And now that I know the truth, I cannot lie either."

ThunderClan's medicine cat when Mapleshade was alive. He plays a pivotal role in her backstory.

"There’s more to being a medicine cat than talking with StarClan. There are herbs and ways of healing to learn, and omens to find. The other cats must see you preparing to be a medicine cat in the ways that they expect."

ThunderClan's medicine cat after Ravenwing was killed by Mapleshade. She was originally from RiverClan.

"I may be an old fool. But at least my heart is true." 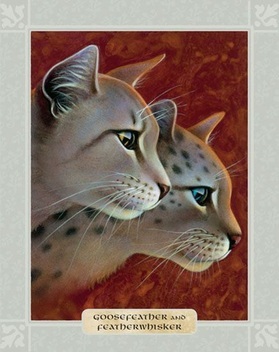 "You should tread the path you're following with care, Mapleshade. A destiny shouldn't be played with like prey."

ThunderClan's medicine cat while Pinestar was leader, and early during Sunstar's reign. Sometimes acts insane, but is also fairly wise. However, his predictions are sometimes disastrous for the Clan. Crookedstar's Promise reveals that he's had some association with the Dark Forest, but the extent of this and his reasons for it are unclear.

"Battles are just a very small part of our lives. A true warrior has more love in her heart than hatred. Love for her Clanmates, for the forest that shelters her, for the prey that feeds us all."

"Thistleclaw will teach them how to be a fierce warrior. But who will teach him that softness and strength can exist together? And that loyalty to the Clan comes from the heart, not through teeth and claws?"
Click here

to see his appearance in Secrets of the Clans

One of ThunderClan's medicine cats. Apprentice to Goosefeather, mentor to Spottedleaf, and brother to Sunstar, Featherwhisker was a well-respected and hardworking medicine cat.

"We are the heartbeat of the Clans, not the warrior code." 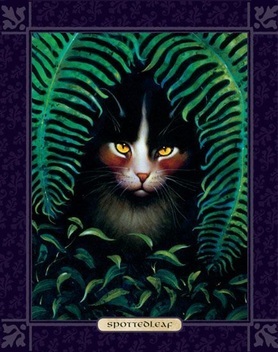 "Wherever your paws lead you, you will never be alone."
Click here

to see her appearance in the SkyClan and the Stranger manga

ThunderClan's medicine cat when Firestar first joined, she was also his first love. She is killed in a ShadowClan raid before the relationship has much of a chance to go anywhere, but Spottedleaf continues to show up in Firestar's and his descendants' dreams throughout the series. Mapleshade killed her spirit in The Last Hope.

"We have the wisdom of ages. You have the stupidity of youth." 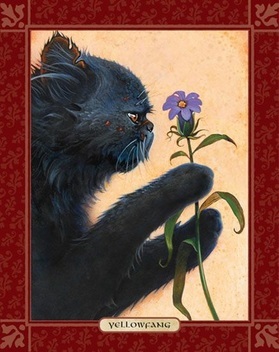 A former ShadowClan warrior and medicine cat, Yellowfang was exiled by Brokenstar (her illegitimate son) in the first book, and was captured on ThunderClan territory by a young Firestar. She remains in ThunderClan as a prisoner until Spottedleaf's death. Disgusted at what her birth Clan has become, she agrees to formally join ThunderClan as their medicine cat. Currently resides in StarClan.

"We cannot change our destiny. We just have to have the courage to know what it is, and accept it." 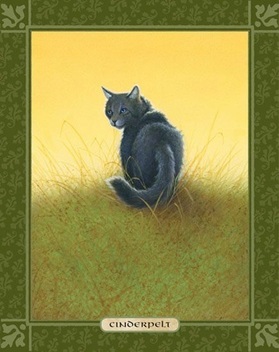 "There are times when a storm is just a storm."

Firestar's first apprentice, Cinderpelt was hit by a car early in the series, badly breaking and twisting her leg. Because of this, she was unable to become a warrior, and instead trained under Yellowfang as medicine cat. She remains a close friend and confidante of Firestar throughout the series. She is killed during the badger attack, but StarClan reincarnated her as Cinderheart, who is now able to live the life of a warrior that Cinderpelt had to give up.

"It's all right. I'll stay here and take good care of the Clan, I promise. One day we'll meet again, walking among the stars." 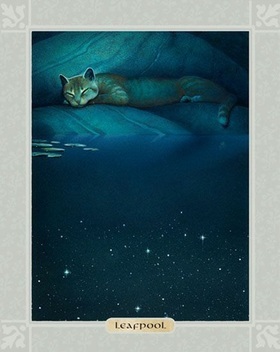 "Destiny isn't a path that any cat follows blindly. It is always a matter of choice, and sometimes the heart speaks loudest."
Click here

to see her on the cover of Starlight

One of Firestar and Sandstorm's daughters, and a protagonist of The New Prophecy. Leafpool takes the opposite path her sister does, and becomes ThunderClan's medicine cat. She is described as being her sister's complete opposite, polite and soft-spoken where Squirrelflight is loud and brash.

See Warrior Cats The Three And Their Allies
Jayfeather

See Warrior Cats The Three And Their Allies
Alderheart

"Embrace what you find in the shadows, for only they can clear the sky." 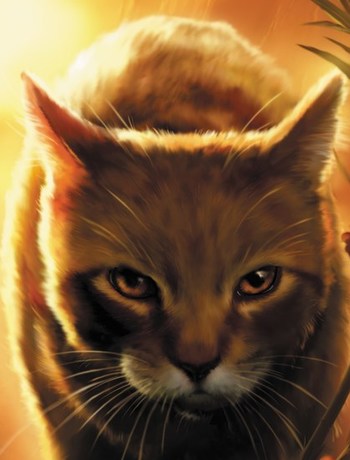 "We need to find SkyClan!"

Brambleclaw and Squirrelflight's son. He tends to worry and overthink things a lot. While he started out as a warrior apprentice, both his lack of skill and Leafpool's vision had him become a medicine cat apprentice, where he excels at more.