This is the page for all the characters form the Warhammer background involved in the End times. Because the majority of them already existed, some of the tropes regarding them in the original games also apply.

Remember: This page is about the tropes pertaining characters during the End Times, not before.

The Empire
The Empire was always besieged, but now it's on the brink of destruction. Two of their major and most strategically vital cities, Middenheim and Nuln, are inoperative because of different disasters (The Plague and flagellant uprising, respectively). Add to this the recent events within Sylvania and the upcoming invasion of Archaon. The Empire has bolstered every force they could, but the situation is really dire for them.

Valten was the simple son of a smith in the unimportant village of Lachenbad, his only strangeness was a mark in his chest with the shape of a twin-tailed comet: the symbol of Sigmar. During a Beastmen attach of his village shortly before the End Times, he grabs his father's smithing hammers and starts to fight the monsters. Afterwards, sensing what was growing up, he travels north to join the Empire army that was preparing there to face the Chaos hordes.

Balthasar Gelt, Grand Patriarch of the Colleges of Magic

The Patriarch of the Colleges of Magic and one of the greatest human wizards. He pulls the Faith Barrier, a barrier powered by faith rounding Sylvania to make sure that nothing leaves, and also the Auric Bastion on the border of Kislev to do the same against Chaos.

The Grand Theogonist of the Church of Sigmar, Volkmar recently lead a force to Sylvania in response to its declaration of independence that didn't end well. Captured for months, along several of the people who accompanied him to Sylvania, Volkmar resolves to break free or die trying.

It doesn't work. He was being kept prisoner because he is a direct descendant of Sigmar and he is needed in the ritual that brings Nagash back. He died in said ritual in terrible agony because his body is the main form of the present incarnation of Nagash.

Bretonnia narrowly averts destruction. Shortly before the End Times, Bretonnia faces a civil war instigated by a bastard son of the king: Mallobaude the Serpent. In 2521, Mallobaude launches his campaign and after initial failings, his pact with Arkhan the Black gives him the upper hand. Mallobaude kills his father in Couronne and several battles after meets his end in single combat against the Green Knight.

Bastard son of King Louen Leoncoeur and self-proclaimed Duke of Mousillon. Lays claim on the throne and leads Bretonnia into civil war.

The dwarfs are preparing. The World's Edge Mountains are in unrest and several volcanos inactive for millenia have started erupting, an ill omen for the dwarfs. In the wake of the End times, an assemble of the dwarven kings are called in Karaz-A-Karak by Thorgrim Grudgebearer. In the assembly they decide the course of action in light of the recent events, and shutting up their fortresses wins by little, finding opposition from Kings Ungrim Ironfist and Alrik Ranulfsson. Despite that, circunstances lead to some of them taking arms and marching to the exterior or the dephts of earth.

High Elves
The High Elves of Ulthuan aren't doing much better. After several attempts of rescuing Aliathra, the daughter of the Everqueen, time is running short for them. Also, in the beginning stages of the End Times, several daemonic incursions occurred. Initially short-lived, but they were increasing in frequency, size and length. Also, their dark kin have come ashore again on their coasts and the brothers Tyrion and Teclis are busy trying to fend them off. 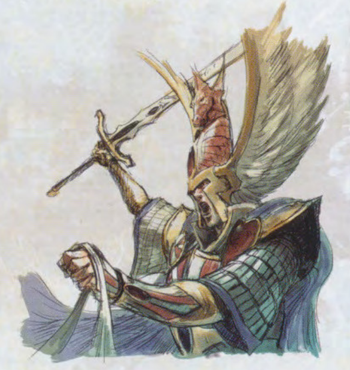 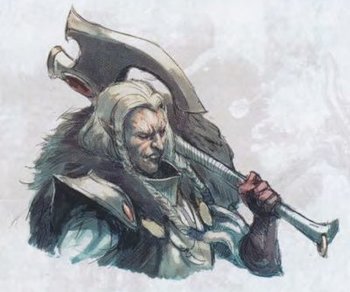 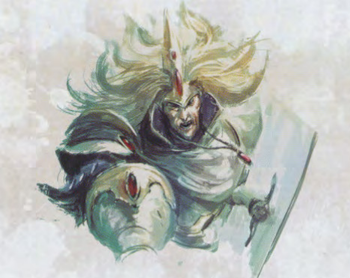 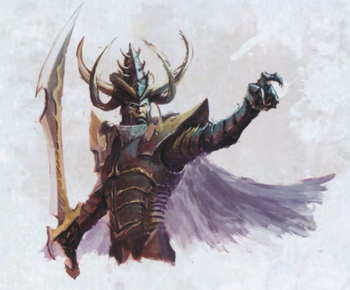 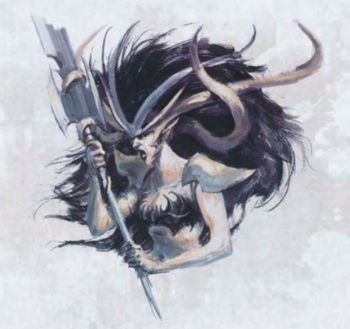 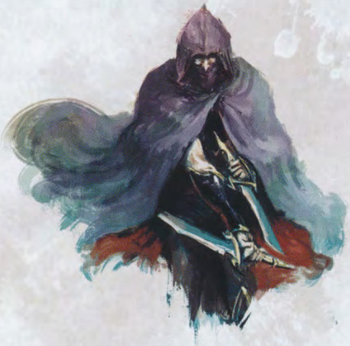 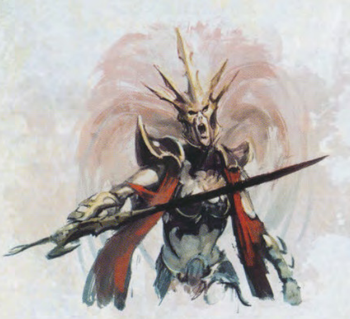 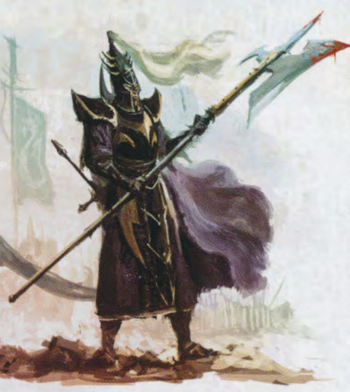 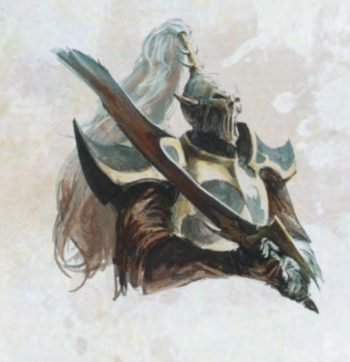 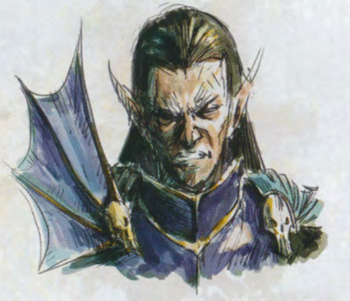 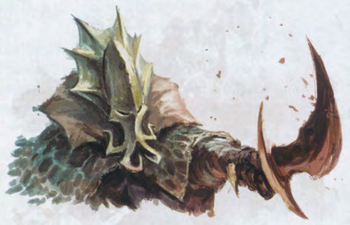 The undead meets great changes in the End times, both Sylvania and Nehekhara. After the events of Blood of Sigmar, Sylvania is circled by a barrier that desintegrates every undead creature that touches it from the inside, trapping Mannfred von Carstein and the majority of the Vampire Counts within. After the fisco with Mallobaude in Bretonnia, Arkhan the Black approaches Mannfred with a deal: resurrect Nagash to avoid complete destrucion in the hands of Chaos and freedom for his people. Mannfred relucantly agrees, seeing no other option to free his people and in the next year, both focuses in retrieving the artifacts needed to the ritual. Despite the intense opposition they face, the ritual succeeds and Nagash returns to the world. Nagash calls forth his underlings and rises some useful people, among them Vlad Von Cartein, to the horror and bitternes of Manfred and Vlad before marching on Nehekhara.

Resurrected by dark ritual, Nagash, Supreme Lord of the Undead and father of necromancy has returned, and the Warhammer world will never be the same again. His ultimate goal since becoming undead is absolute power over all things. His first targets are the Tomb Kings of Nehekhara, for their armies would greatly bolster his and their defiance of his rule has long chafed at him.

Now that the Chaos Gods have made their move to claim the world, Nagash was forced to accelerate his plans. Once more walking the world again, he sought to bind the Wind of Death Magic to himself turn the dead of the entire world into a massive series of armies under his command. Following that his plan is to kill the last of the living, reach godhood, overthrow the Chaos Gods and rule as the only divine authority in existence.

Acts like a wildcard in End Times: Archaon before ultimately dooming the world by stabbing Balthazar in the back and undoing the Incarnates ritual to stop the rift.

Arkhan the Black, Mortarch of Sacrament

The first and most loyal follower of Nagash, Arkhan the Black was turned into a lich after his death and serves Nagash loyally. The lord of the Black Tower and a grudgingly accepted presence in the deserts of Nehekhara, he was a dark force across the world, but always answered his master's call.

Vlad have been resurrected by Nagash to serve him. Despite that he doesn't serve out of loyalty or to gain anything: he serves because he could resurrect Isabella, his wife who didin't reunite with him in the Afterlife because Nurgle had taken her brought her back as a follower of Chaos. He was assigned to the northern front against Chaos, but acts like a wildcard in the Nagash army, mostly defending The Empire.

Chaos has finally made it's move. Archaon has reunited every mortal, daemon and beast to drown the world in flames and blood. Fortunately for the world, things aren't going smoothly for him. Nagash has returned to oppose him and The Empire have raised a magic barrier made of faith that burns every tainted creature (everyone in his army) who touches it.

One of Khrone's most powerful Bloodthirsters, he is summoned by Archaon after the latter kills Kairos Fateweaver. He wants to engage in battle and is allowed by Archaon to hunt the Emperor.

Triplet brothers born to two well-meaning Talabheimers, a Life Witch and her spouse, a farmer, who sought to educate the Norse and so bring the cycle of hate between the Norse and the Empire to a close. Marked by Nurgle before they were even born, they swore themselves openly to his cause and to revenge against the Empire when their parents were murdered by an Imperial vengeance-raid on the Nordic lands where they lived.

Three Nurgle champions who ride hulking maggot-creatures called Maggoths. Lieutenants to the Glottkin during their invasion of the Empire.

A Nurgle-worshipping Norscan Jarl who famously got merged with an aquatic tentacled abomination after failing to kill a Plague Kraken. He was responsible for transporting the Maggoth Lords and the Glottkin into the Empire by his ships.

A Champion of Khorne.

A vain and spoiled prince who is particularly favoured by Slaaanesh.

The king of all trolls and a devout followers of the chaos gods.

A serpent-bodied Slaneeshi warlord who participates in the attack on Naggaroth.