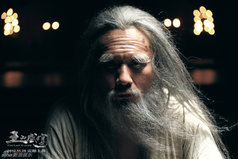 "Kings are made, not born!
Played by: Liu Ye

Emperor Gaozu is the first emperor of the Han dynasty, and appears here as both his imperial self nearing the end of his life, and as the commoner Liu Bang.

Liu Bang is a charismatic leader with a loyal cadre of followers, but already 48. He dreams of fighting alongside the 24-year old nobleman Xiang Yu, and boldly asks him for men so he can free his village. He joins Xiang Yu's rebellion against the Qin. Soon after, Liu Bang's ambition is awoken and his friendship and alliance with Xiang Yu falls apart.

Emperor-narrator Gaozu is old and paranoid, haunted by nightmares of Xiang Yu and General Xin, who helped him defeat Xiang Yu and gain the empire. He is becoming more and more frail and holed up in his palace, leaving his wife empress Lü Zhi to secure more and more power over the court. 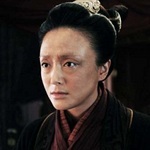 Lü Zhi is Liu Bang's much tormented wife, and later becomes empress and a de facto ruler in her own right. She begins a rumour that Liu Bang is the son of a dragon, inadvertently putting him in danger but also helping him achieve his ambitions. She is held captive by Liu Bang's enemies twice, and treated badly in both cases. She is understandably not happy with Liu Bang's womanizing while she is "gone".

Later, as empress, she begins to attain more and more power as her husband grows ill, becoming something of a ruthless tyrant.

Xiang Yu is a 24-year old nobleman and leader of the rebellion against the Qin. He is a cunning general with a large army, and (as Liu Bang notes) a very beautiful wife. He takes in both general Xin and Liu Bang, and he is merciful when they transgress. He later comes to regret those decisions, as the two of them defeat him and Liu Bang establishes a new dynasty, the Han. 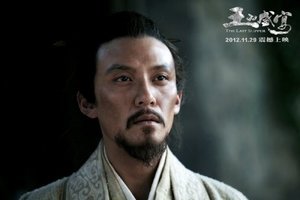 General Xin started out as a common loafer, but managed to join Xiang Yu's forced as one of his closest men, protects Liu Bang at the Feast of Hong Gate at Xiang Yu's command and later joins Liu Bang as a general. He then conquers most of his The paranoid and suspicious emperor Gaozu suspects that the general plans a rebellion and ordered him to be imprisoned, releasing him after six years. A central plot point is General Xin's motivations for deserting his master Xiang Yu to join Liu Bang.

Zhang Liang is Liu Bang's trusted friend and advisor, and it's largely due to his input that Liu Bang's attempts to seize power didn't go tits-up before it could begin, so to speak. He is fiercely loyal to Liu Bang, and willing to risk his life to protect him.

Later, as minister of Liu Bang, now emperor Gaozu, he has to prostrate himself like all the rest of his subjects. He practices alchemy trying to create an immortality potion for the emperor, while privately lamenting the aftermath of the rebellion. He gets involved in empress Lü Zhi's palace intrigue against his wishes.

Although it's not shown or mentioned in the movie, Minister Xiao (also known as Xiao He) was once a magistrate's secretary in the Qin empire according to official history. He later joined Liu Bang and became one of his trusted companions, being the one to lead general Xin to Liu Bang and recommending the former's promotion to general.

During the reign of Liu Bang, as emperor Gaozu, he serves as chancellor and is also in charge of the scribes, who record the emperor's deeds and contemporary events for posterity. He is appalled at the falsification of history that goes on at the court, but his protests are in vain. Like Zhang Liang, he is forced into playing a role in the empress' scheming.

The last emperor of the Qin, a frail looking young man with long flowing hair. He surrenders to Liu Bang and successfully sows a seed of ambition in his head, leading to Liu Bang's later rebellion against Xiang Yu and founding of the Han dynasty. Ziying values the Qin's dream of "uniting the world" over his own life.