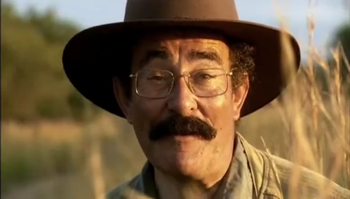 The series' host in the original British version.

The series host in the American recut version.
First Ancestors 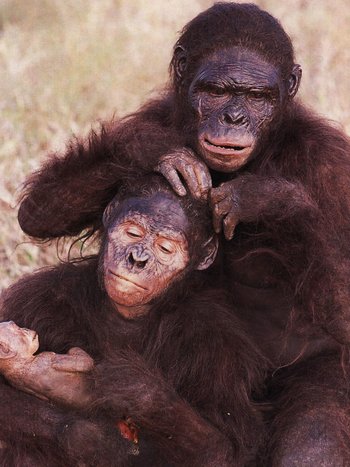 The most famous non-Homo hominid, a savanna dweller from 3.2 million years ago that walks upright. This species includes the famous Lucy.

The enigmatic Chimpanzee-Human Last Common Ancestor from 8 million years ago, when Africa was entirely covered by rainforest.

A flying insect used as a framing device during the retreat of the rainforest and its change to savanna. 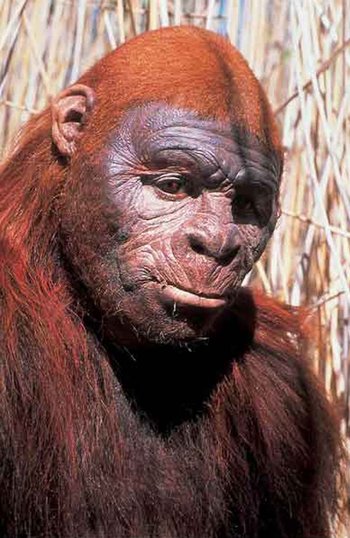 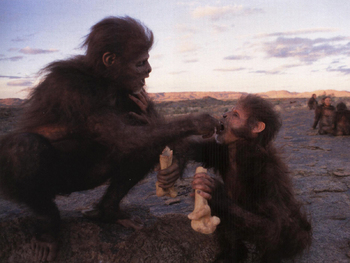 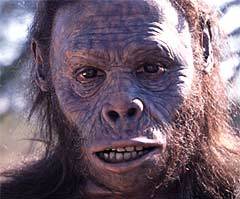 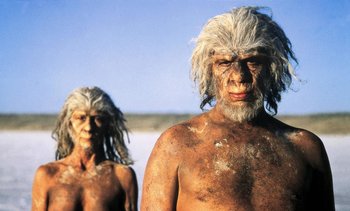 The first hominid with modern human-like proportions, adapted to walking long distances. It lived around 1.5 million years ago. 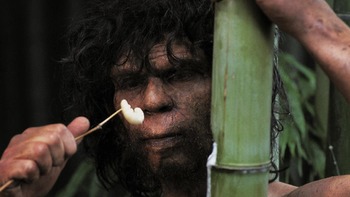 An East Asian descendant of H. ergaster, the first hominid to exist out of Africa. 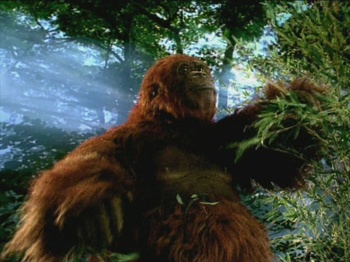 The largest ape ever. It is about three meters tall and lives in southeast Asia. 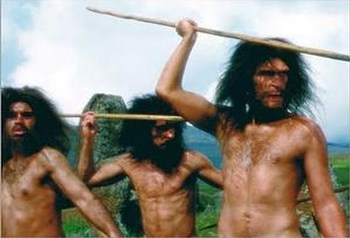 An active hunter living in Europe and Africa 500,000 years ago, and descended from H. ergaster. 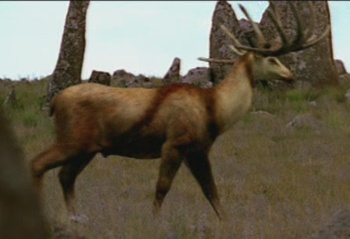 The largest deer ever, a native of Europe. Shown being hunted by H. heidelbergensis. 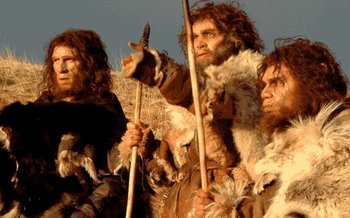 A tough hominid species adapted to the cold of Ice Age Europe. 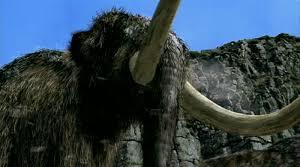 A woolly proboscidean native to the northern tundra. 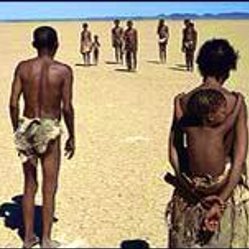 Our species, evolved in Africa and later expanded over the rest of the world.