One of the founders of VoxMakers. Thomas Cyrix, also known as Papy Cyrix, is basically the "boss" of the VoxMakers crew. Many of his videos center around everyday topics, or aim to warn the public about things like the bad treatment of animals in pet shops or internment camps for teenagers. He also hosts a series named Cyrix Challenge, in which he does a Let's Play of a game under certain conditions (for example, playing Super Mario Bros. without ever going left). 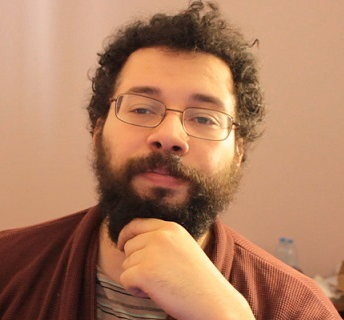 The other founder of VoxMakers. The Ermite Moderne ("Modern Hermit") is a bearded guy who never goes outside, never takes out his robe, and spends most of his time playing video games, watching anime or surfing the Internet. His videos are usually about his opinions on strange video games or Japanese animation, among other topics. 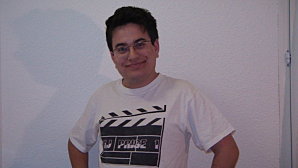 Mickael J is a Corscican VoxMaker, whose video are mostly movie or TV series reviews, though he also occasionally makes game reviews as well. He also has two webseries going, David and Alert Spoiler, the latter being a mix between a webseries and a review show, kinda like Atop the Fourth Wall. 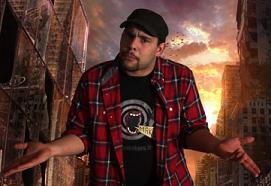 100Pseudo is a VoxMaker specialized in cinema, who started making videos after having been inspired by people like the Joueur du Grenier or the Nostalgia Critic. Most his videos are part of a movie review show called Moment Critique (Critical Moment). He and Mickael J are the primary cinema reviewers of the site. 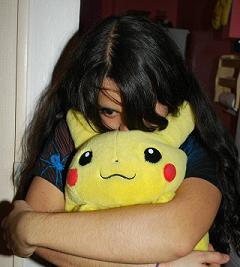 Shindehai is the primary musician of the team, and has composed most of the music that other VoxMakers use in their videos. For a long time, he made very few videos, until he started a series of videos named Tai Reflections, in which he takes up musical challenges submitted by viewers, such as making a metal song using only a flute and a triangle, or making a song that draws something with MIDI programming. He also worked on the Epic Pixel Battle series with 123Lunatic, and, since the latter's departure from the group, started a new, similar series named Extreme Pixel Battle. 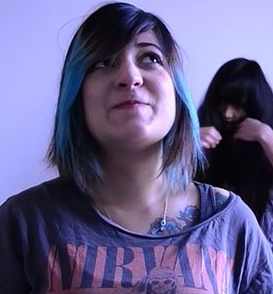 Sasha is a member of Shindehai's band Starrysky, as the lead singer. After participating in several videos, notably in Tai Reflections as a singer and in Epic Pixel Battle as the voice of most female characters, she ended up becoming a full-fledged member of the team. Although she does not have any video series of her own, she makes a lot of appearances in other VoxMakers videos. 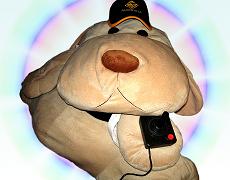 Oscar le Chien ("Oscar the Dog") is a big plush dog belongig to Thomas Cyrix. Cyrix gave it life using a device that could give life to innanimate objects, and since then, Oscar has been squatting his apprtment and his console. He's a Jerk with extremely controversial opinions, meant to parody videomakers who dismiss old games, don't do their research, and tend to insult people who have different opinions from them. 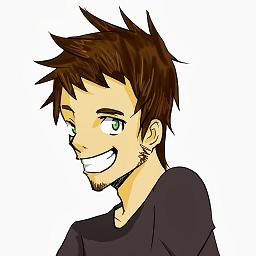 Neku is a Belgian Voxmaker specialized in music. He reviews videos about music in a series called Les Aventures Musicales ("The Musical Adventures"), in a similar fashion to shows like =3 or Salut Les Geeks. He does not review videos in every episode though, he also shares anecdotes about being a musician, in a Vlog-like manner, does interviews, and takes up challenges like Shindehai. 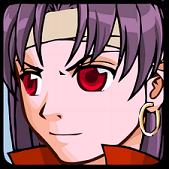 123Lunatic, also known as "Passage004", is a former VoxMaker specialized in Let's Plays and Youtube Poops. He tries to use his Poop experience to make his Let's Plays more entertaining, with a dynamic editing, stupid voices for the characters, and memetic jokes. He also started a series inspired by Epic Rap Battles of History, named Epic Pixel Battle. He left the team in November 2016, and moved both Paper Mario MDR' and Epic Pixel Battle'' to his own channel. 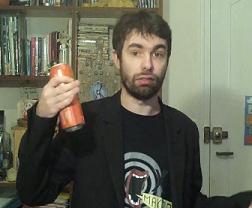 Mad Dog is a former VoxMaker who makes videos where he discusses "everyday things", like being stuck in a time loop, having a date with Death, having an evil twin, or becoming invisible because of Facebook. He also makes other videos, like his series La Chronique Facile ("The Easy Column") where he retraces the history of memes. He was unfortunately asked to leave the team in November 2016 due to contentions within the team. 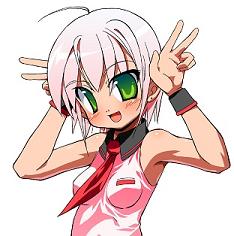 Kanipan is actually an authentic Japanese singer. She gained attention from Shindehai and his fans after covering his OnePunchMan song, and after doing a few musical collaborations with him, she eventually became a full-time member. Her videos for VoxMakers were part of a series called Japokani Gakushucho ("Japan's Notebook") in which she talked about Japanese culture in Japanese, with French and English subtitles. 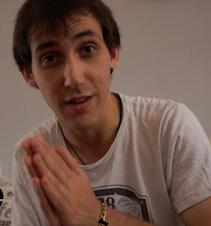 Sire Godefroy is a member of VoxMakers who made videos about Literature and Video Games. Some of his videos were only about one of these topics, and some were about both. He also really enjoyed writing, and often used old-fashioned, formal expressions. 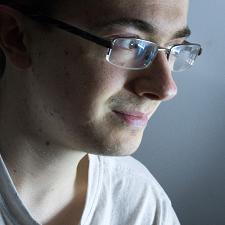 JStylesMan is a former member of the Voxmakers team, who left to focus on his own Youtube channel. His series Top Insolite ("Bizarre Top") was a monthly Top 5 of recent strange news, such as the wedding of a woman an a ferris wheel, and the release of a watch who told you the time left before you death. 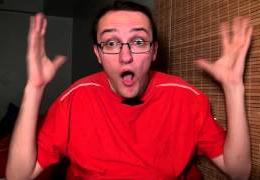 Misterfox is a former member of Voxmakers, who still makes a few videos for the team as an honorary member. He started with the series À chaud (a French expression meaning "Right after"), in which he and his friend Guillaume discussed their thoughts on a movie right after seeing it. He made other series aftewards, like a few Top Ten Lists, a mini-series talking about the many problems he had with insurance companies, and a series named Flash Ciné, in which he gives his opinion on several movies, only spending a few seconds on each one.

Last Geek Hero is a former VoxMakers member. One of the series he made for the site was the Top 25 Action Movies, with each video corresponding to one entry in the list.

Ishigata is a former VoxMaker member, who is never seen without his trademark mask. One of his main series is Le Zapping Abrégé ("The Abridged Zapping") in which he mocks series like Naruto and Code Geass in an Abridged Series-like fashion. He has also made a video about bizarre news, in the Orphaned Series Darwin News. 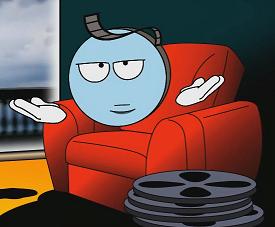 Team Erwan & Maël is a team made up of ChefTyrell and MacFly, former members of VoxMakers. The team was behind an animation series named Erwan & Mael, which was about two incredibly stupid men and there epic quest to get back home... said home being 50m away. Unfortunately, the series stopped after its second episode. ChefTyrell also had another series going on, Mr.Bobine, in which a talking reel with a high-pitched voice shared anecdotes and trivia about cult classic movies such as Jurassic Park or the Film/Matrix trilogy.

PSO
PSO is a former VoxMakers member specialized in videogames. His video series Geek Hill Zone consists mostly of game reviews, but also sometimes of thoughts on topics such as the deterioration of single player mode in some recent games.
GCB
GCB is a former member of VoxMakers who made a grand total of one video, named Culturisons-nous ("Let's Culturize"). He was not seen on-screen and did not even use his real voice.
Nunya 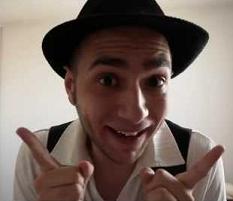 Nunya is a former member of VoxMakers, whose videos were a Vlog Series about various subjects. Only one of his videos is present on the official VoxMakers Youtube channel, all of the other are exclusive to the Dailymotion channel. 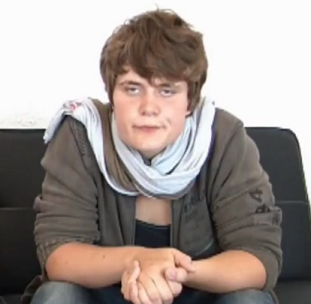 Roxane was a graphic designer for the VoxMakers website. Initially recruited as an assistant graphic designer, she ended up taking Garance's position when the latter announced her departure from the site. Like her predecessor, she provides various drawings for videos. Her most notable work can be seen on Alert Spoiler, as she provided the animated intro shown on episodes about anime, and appeared as a guest on the fifth special episode. 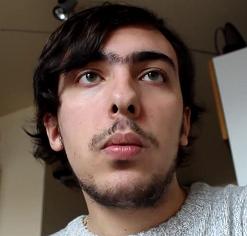 Darts, previously known as Noru-Da, is a former VoxMaker whose videos mostly centered on Nintendo games such as Pokémon and Super Smash Bros.. His two most notorious series are Pokémon : Le Débile Challenge (Pokémon: The Dumbass Challenge), which was basically a Nuzlocke Challenge with DOZENS of additional rules, and Rémi le Radis (Rémi the Radish), a nonsensical series where every character is an Animate Inanimate Object. He left the team in November 2015, as he decided to quit videomaking to pursue other projects ; however, he came back a year later, not as a videomaker, but to offer assistance on writing and side-projects. 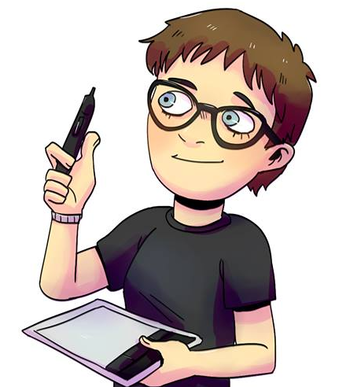 Garance is the former graphic designer for the VoxMakers website. She participated in designing the website, gave the global artistic direction, and provided drawings for various videos. She also made a lot of comic strips that were posted on the site, making her the original VoxPlumes member. She eventually left the team, in order to pursue other career plans. 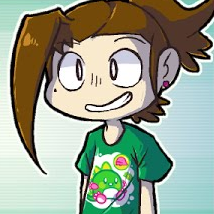 MadStalker is a former "side-member" of VoxMakers, who specializes in drawing and voice acting. Her fist collaboration with the VoxMakers was an appearance on a livestream on Undertale by Cyrix, where she, alongside Sainte Séïa, provided voiceover for the characters' dialogues. Since then, she has participated in several other videos, most often as a voice actor. She was unfortunately later asked to leave the team, along with Séïa. 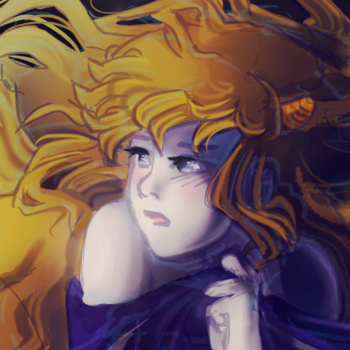 Sainte Séïa is a former "side-member" of VoxMakers, specializing in drawing and voice acting. Her fist collaboration with VoxMakers was during a livestream on Undertale by Cyrix, where she, alongside MadStalker, provided voiceover for the characters' dialogues. She has then participated in several other videos, most often as a voice actor, and also participated to the site's graphic design. She was unfortunately later asked to leave the team, along with Mad.