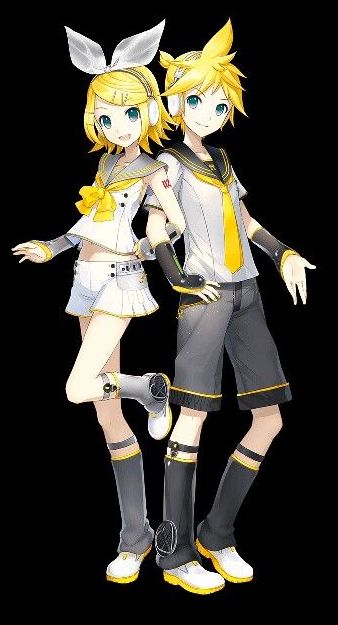 Kagamine Rin and Len are Japanese virtual singers (vocaloids) developed by and distributed by Crypton Future Media, Inc. Unlike most vocaloids, Rin and Len come together as a package, and is not sold separately.

Despite having the same voice actress, Rin and Len are not officially twins. This was decided after seeing many interpretations of their relationship across various songs and works. Crypton's final announcement was that they were neither siblings nor lovers. During production of their Append voicebank, Wataru Sasaki described them as two bodies with one soul. This ambiguous relationship is the start of many tropes that would be used in their songs. Even so, unless described otherwise, people usually assume that they have a sibling relationship.