Kamui Gakupo/Gackpoidnote His formal product name is "Gackpoid", but he is given an official character name of Kamui Gakupo (also spelled Camui Gackpo). 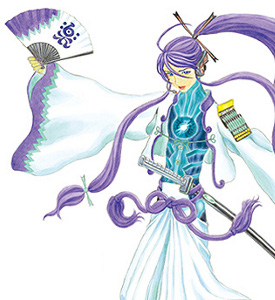 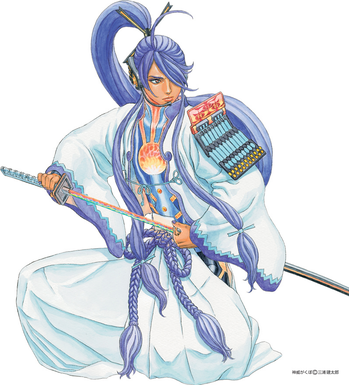 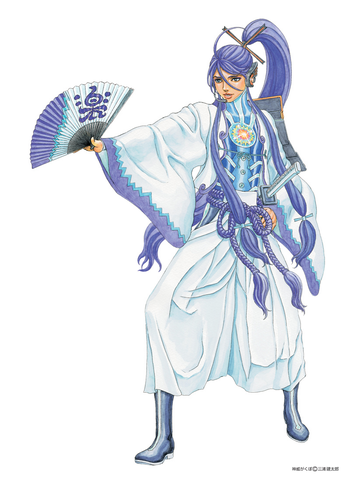 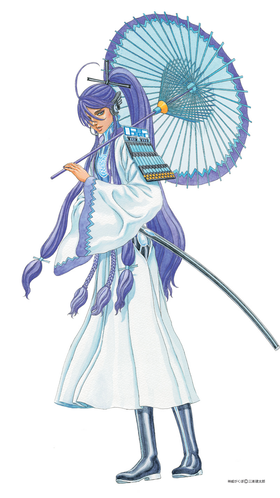 The fifth Japanese Vocaloid and the first to be distributed by Internet Co., Ltd. rather than Crypton. His outfit is based on that of a samurai. He was designed by Kentaro Miura (the creator of Berserk) and is voiced by Gackt. Yes, that Gackt.

Gumi/Megpoidnote Her formal product name is "Megpoid", but she is given an official character name of GUMI. 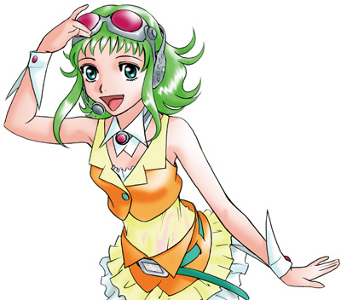 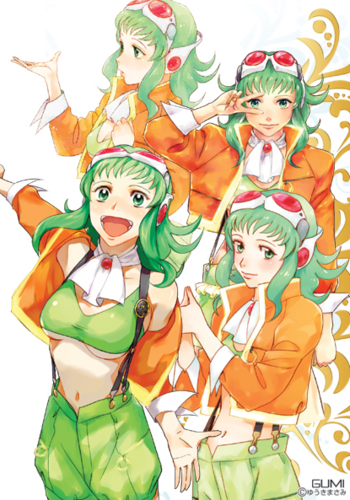 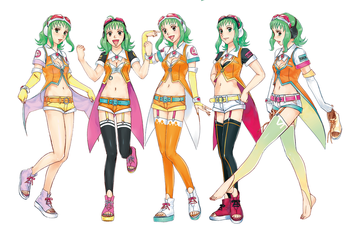 The seventh Japanese Vocaloid and released by Internet Co., Ltd., Gumi had a design heavily based off Ranka Lee due to the fact that her voicer, Megumi Nakajima, was Ranka's voice actress.

In the vein of Crypton Vocaloids' Appends, she also gets a voicebank update to be released in Vocaloid3 engine, which was named "Megpoid Extend", but is now officially "Vocaloid3 Megpoid" a notable acknowledge to her product name. On November 5, 2015, she had ten Japanese voicebanks released for Vocaloid4.

An English voicebank for Vocaloid3 was developed with several demos shown, and was eventually released on February 28, 2013, available at the English Vocaloid Store

. It has been confirmed she will have another English voicebank 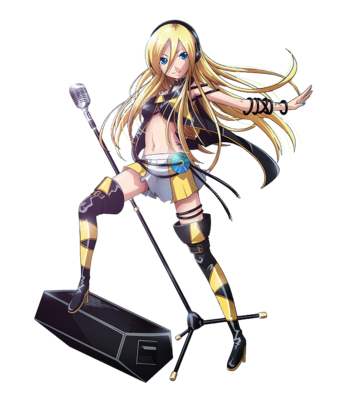 Artwork for VOCALOID2
Click here to see her VOCALOID3 artwork 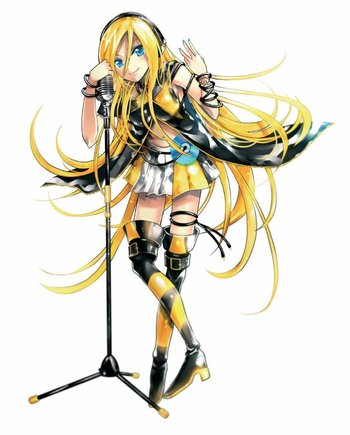 Lily is the eleventh Japanese Vocaloid and is distributed by Internet Co., Ltd. (Note that she was not actually done by Internet; she was made by Avex Co.) Lily's design was actually utilized pre-Vocaloidification as an anime image for Masuda Yuri, vocalist of band m.o.v.e., who provided her voice bank. Coincidentally, said design happened to be by KEI, designer of the Crypton Character Vocal Series Vocaloids.

She was advertised with an animated movie, "Schwarzgazer", depicting her and her companion "Mosh" as secretly fighting a mysterious dark "virus" force that they must combat with their music. Failure to produce music results in weakness, which almost deletes Lily and Mosh before a nearby music producer, Yakuto, saves them by supplying them with music. So does that make Lily a sort of undercover superhero?

Ryuto/Gachapoidnote His formal product name is "Gachapoid", but he is given an official character name of Ryuto. 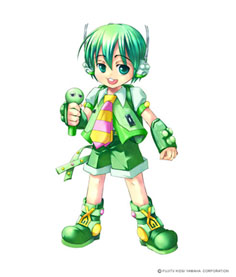 Artwork for VOCALOID2
Click here to see his VOCALOID3 artwork 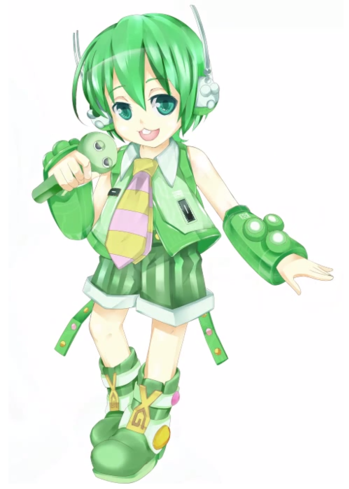 Based off the Japanese franchise character Gachapin, Gachapoid is distributed by Internet Co. Ltd. as the thirteenth Japanese Vocaloid. He is designed to appeal to young producers. His voice provider is Japanese voice actress, Kuniko Amemiya. 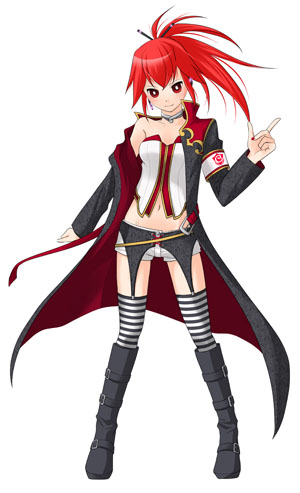 A Vocaloid using the VOCALOID3 engine, she was an avatar of VY1. As the Mascot of VOCALO Revolution, she was designed to help promote the growing Vocaloid culture, aiming to raise awareness and the acceptance of this culture. That's before Internet Co. Ltd, on June 8, 2011, adopted her design to become a new Vocaloid.

She was released on 21st December 2011, along with Oliver. She's voiced by Eri Kitamura. 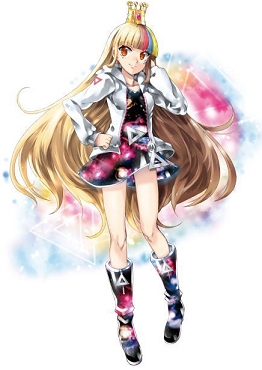 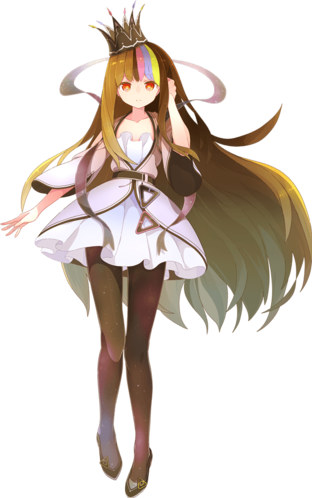 Galaco is a limited voicebank offered exclusively in the Vocaloid Shop competition. She was first introduced in the PV of galaxias!

of the band of the same name, and voiced by Kou Shibasaki. Eventually, she was officially released for VOCALOID3 under the name "Galaco NEO" on August 5, 2014 with an updated version of the original vocal (Red) and a new additional vocal (Blue). 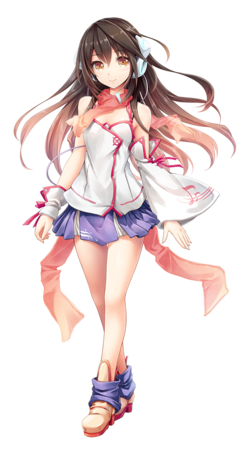 Artwork for VOCALOID3
A vocaloid by Internet Co, released for the V3 engine on February 14, 2014. Noted for having the largest vocal range of any released Vocaloid. Here is one of her demos

Artwork for VOCALOID3
A Vocaloid released by Internet Co. as part of the "Character Artist" series. She was released on October 16, 2014. Her voice is provided by Chiaki Ito of AAA fame. 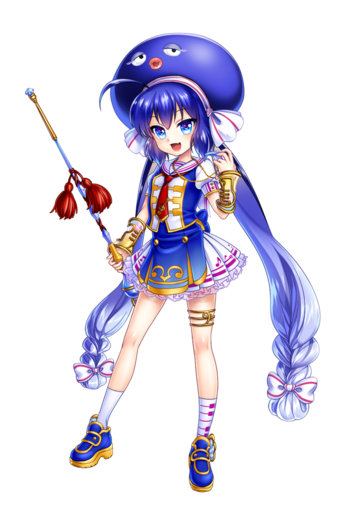 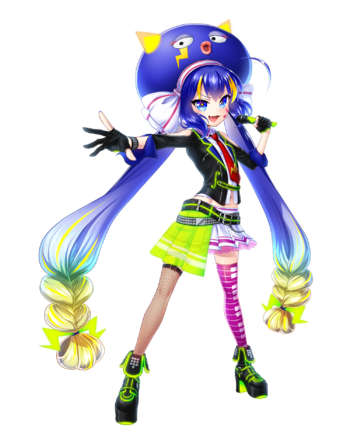 The first original VOCALOID4 character developed for the company. She has two default modes— "Sugar", her softer bank, and "Spicy", her energetic bank. Released in July 2016. Her vocal provider is Aimi Tanaka.