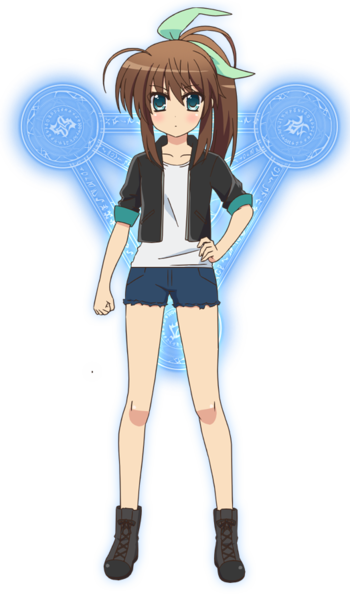 "...the Rinne I wanted to protect didn't exist anymore. I cried thinking about that. But... This is wrong! I was just running away! Running from facing her, and losing again! I'm gonna be stronger!"

Fuka is the main character of ViVid Strike. As a child she grew up in an orphanage alongside her best friend Rinne Berlinetta. After Rinne was adopted by a rich family their friendship fell apart. Einhart ends up taking her under her wing to teach her martial arts. 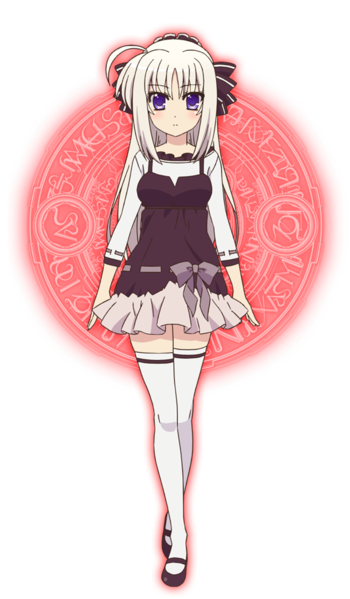 Fuka's Childhood Friend until they had a falling out after she got adopted to the Berlinetta family. Formerly a gentle and sweet girl, certain circumstances after her adoption had changed her into an aloof and distant girl. She's also a martial arts practitioner and currently ranked 1st in the U-15 world rankings (she wins the championship title in the 3rd OVA after Einhart graduates to the U-19 division). Her only loss among her first 58 fights is to Vivio. 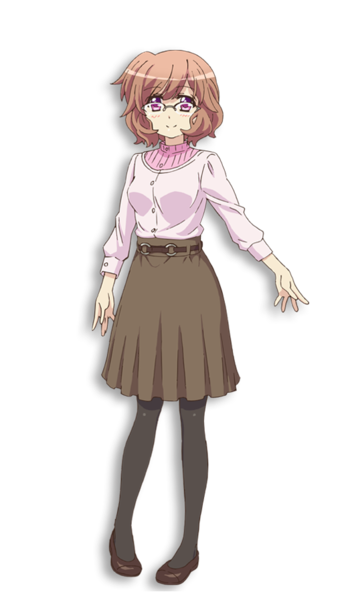 Voiced by: Ayaka Fukuhara
A fighter that Rinne beat about a year before the season started. Rinne's cold treatment of her ended up causing Fuka and Rinne's friendship to fall apart.
Carrie Tercel

Voiced by: Miki Hase
A practitioner of martial arts at the Sunny Gym. She is currently ranked 8th in the U-15 world rankings.
Adeel Telstar

Three girls who had been bullying Rinne in the past and were the victims of her wrath when they went too far.